At its centennial, Hadassah looking for Israeli donors and new members 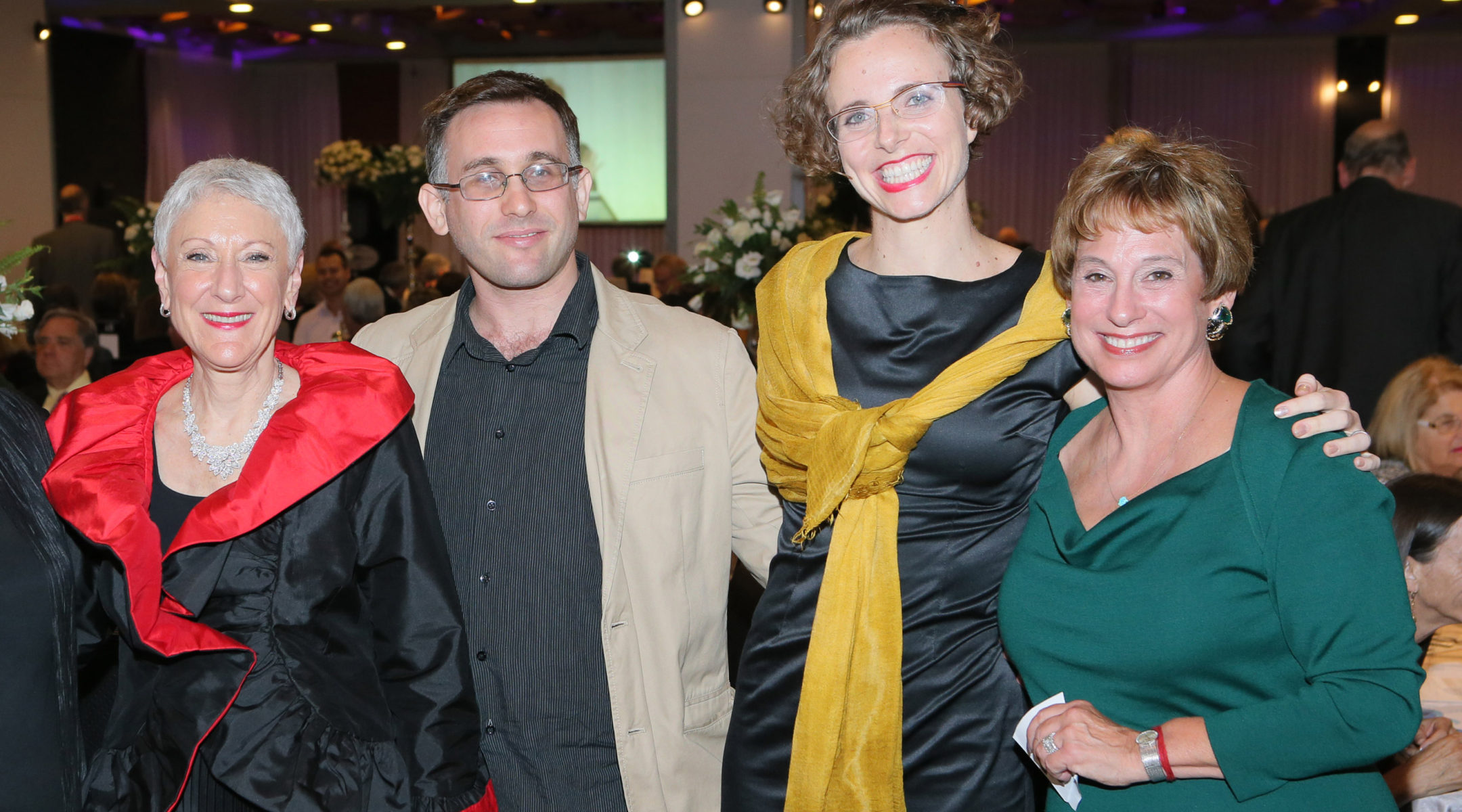 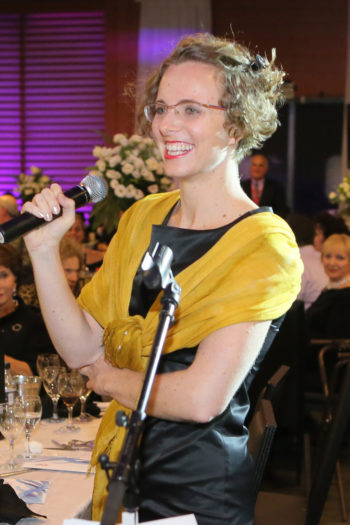 Hannah Pollin-Galay presenting a $10 million gift to Hadassah on behalf of her grandmother, Irene Pollin, at Hadassah’s 100th anniversary convention in Jerusalem, Oct. 17, 2012. (Courtesy of Hadassah)

TEL AVIV (JTA) — Five years before the Balfour Declaration gave Jews their first realistic hope for a modern state in the Land of Israel, Henrietta Szold founded the women’s Zionist organization Hadassah and sent two nurses here to fight disease and provide milk to infants and their mothers.

A century later, Hadassah runs one of Israel’s premier hospitals — a medical center with two campuses in Jerusalem and a budget of $500 million. The organization also has created and supported Israeli educational, youth and medical programs, built a membership base of 330,000 Jewish women and male associates in the United States, and developed a budget of more than $100 million.

“Our activities and our mission have stayed very close to what they were when Henrietta Szold stayed here,” Hadassah’s national president, Marcie Natan, told JTA in an interview while in Israel to celebrate the movement’s centennial. “When we see a need, we find a way to try to meet that need.”

But as it enters its second century, Hadassah is struggling to attract Israeli donors, government funding for its hospitals and young women to its American membership.

“We have tried to create relationships with those in Israel who are in a position to provide significant philanthropic support, not with any great amount of success,” Natan said. “We are going to need help. We cannot bring in the dollars to support all of what is not covered by the health care system here.”

According to a senior official at the Hadassah Medical Center, the Hadassah organization, which owns the hospital, covers 4 percent of the hospital’s daily operations and 96 percent of its research and development budget — a total cost of nearly $30 million per year.

Hadassah also is raising funds for the Sarah Wetsman Davidson Hospital Tower at its Ein Kerem campus in Jerusalem, an inpatient facility that went operational in March and that Hadassah inaugurated last week at its centennial celebration. The facility costs $363 million, some of which Hadassah has yet to raise.

The struggling U.S. economy has hurt U.S. fundraising and led the hospital to ask the Israeli government for more funding, the official said.

Hadassah Medical Center is unique among Israel’s large hospitals in that it is privately owned, which means that it receives minimal funding from Israel’s Health Ministry, though the ministry is covering 15 percent of the Davidson Tower’s costs.

Hadassah also was hit hard by Bernie Madoff’s Ponzi scheme and had to pay a $45 million in a “clawback” settlement to some of the scandal’s victims. Natan said “the Madoff scandal is behind us,” but that the organization has had to cut back on its spending.

“Our ability to continually expand has weakened a bit because Hadassah gives less money,” the official said. He added that the hospital has had trouble expanding its Israeli donor pool “because the big money is in Tel Aviv,” whereas the medical center is in Jerusalem.

Getting Israeli philanthropists to support Hadassah is especially hard because Israel lacks America’s culture of philanthropy, according to Itay Greenspan, a Hebrew University expert on Jewish donations to Israeli nonprofits. This stems from historical dependence in Israel on socialist governments and on U.S. donations, he said. Israel’s tax exemptions for charitable giving also are not nearly as broad as those in the United States.

Israel has “a long history of Diaspora support,” Greenspan said. He said that several generations ago, small groups of religious Jews in Jerusalem would receive support from Diaspora sources, and after the state was founded, “the Israeli establishment adopted the same process. People feel that this is the least that the Jewish Diaspora could do.”

Despite the paucity of local donors, Hadassah’s projects in Israel are growing. The centennial celebration, which was held over several days last week in Jerusalem, brought nearly 2,000 members and supporters to Israel. The celebrations included tours of Hadassah philanthropic projects and speeches by Israeli government officials such as President Shimon Peres and Prime Minister Benjamin Netanyahu, who received an award.

Last week, the organization announced a new $10 million gift from Irene Pollin, founder and chairman of Sister to Sister and wife of the late sports executive Abe Pollin, for a cardiovascular wellness center at Hadassah Hospital in Jerusalem. Hadassah and Sister to Sister also will collaborate to raise heart health awareness in Israel and the United States.

Natan says she’s worried that younger women will not follow their mothers and grandmothers to Hadassah. The organization’s cutbacks on advocacy for U.S. domestic women’s issues has hurt membership recruitment, she suggested. To attract a new generation, Hadassah is looking to expand its missions to Israel and invest more in its local chapters across the United States.

Natan said one of her central goals in recruiting young members is to give them an appreciation for Israel that they may lack.

“We have a generation who never knew a life before the State of Israel and do not have that drive, that don’t understand that without this country the Jewish world will suffer,” she said. “We need them to feel connected with this country.”