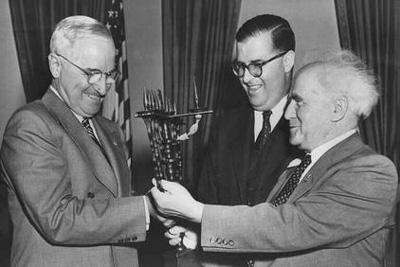 The day after the 2012 elections, JTA was hard at work updating its biennial roll call of Jewish members of Congress.

Harry S. Truman, former President honored at an Israel bond rally here last night as "Man of the Century," predicted that "50 years after I’m dead," a Jew might be elected President of the United States. "I’d certainly like to see it." he said, "but the figures are against me. The next thing you know, well elect a Jew, then maybe a colored man for Vice President."

Truman was right: It’s 2012 and America has yet to see a black vice president.