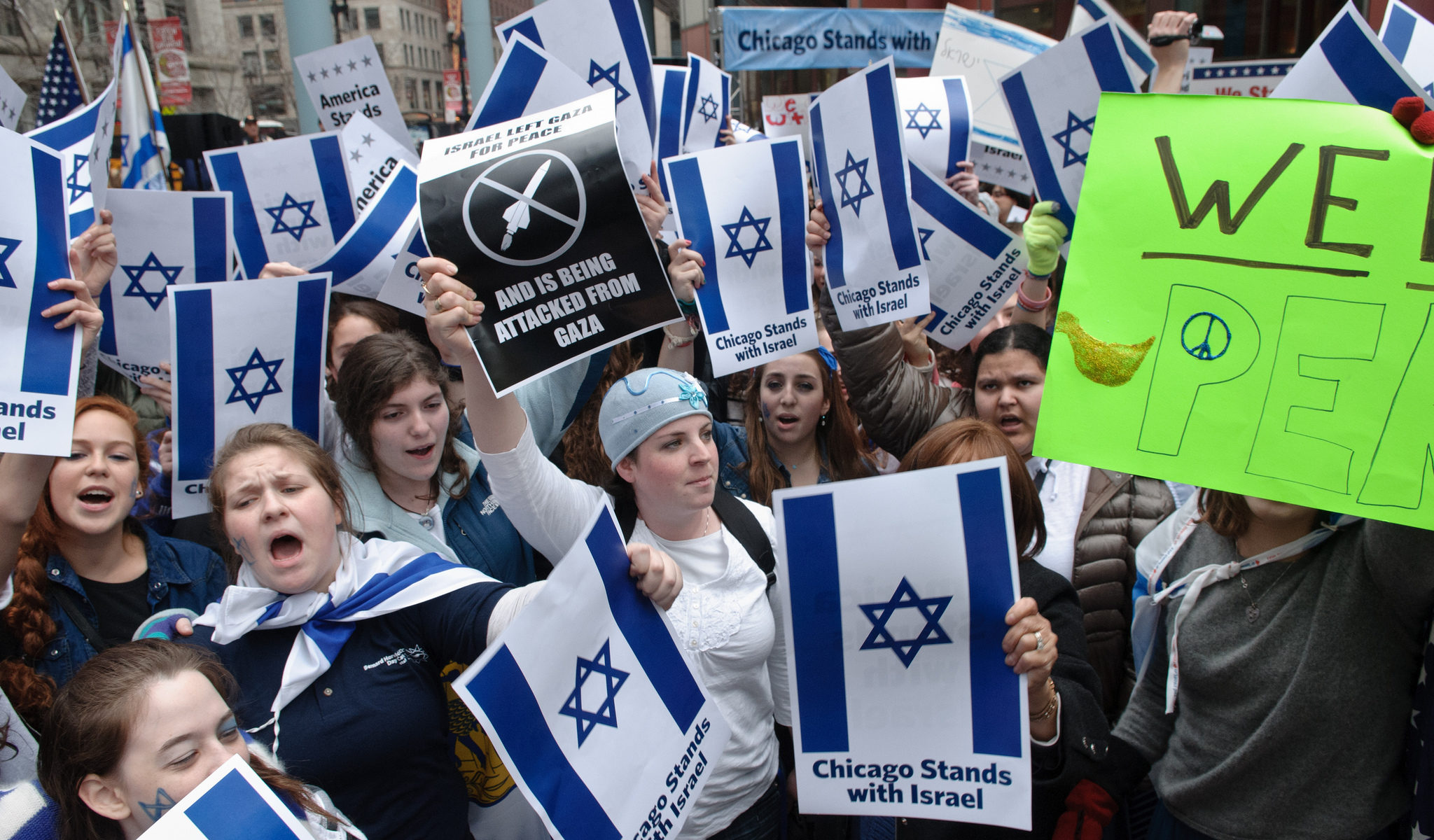 Some 2,000 demonstrators gathering at a rally in downtown Chicago to show their solidarity with Israel, Nov. 20, 2012. (Courtesy JUF Chicago)
Advertisement 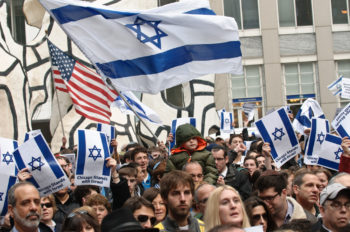 Some 2,000 demonstrators gathering at a rally in downtown Chicago to show their solidarity with Israel, Nov. 20, 2012. (Courtesy JUF Chicago)

(JTA) — Israel solidarity rallies were held in venues across the United States as several groups sent missions to Israel to experience the siege there firsthand.

Some 2,000 demonstrators who gathered Tuesday in downtown c

Chicago Mayor Rahm Emanuel sent a statement of support that was read at the rally.

“There is no country on Earth that would tolerate missiles raining down on its citizens from outside its borders,” the statement said. “So we are fully supportive of Israel’s right to defend itself.”

The rally was sponsored by the United Fund and JUF’s Jewish Community Relations Council in cooperation with the Chicago Board of Rabbis and JUF’s Rabbinic Action Committee.

Other rallies were scheduled Tuesday in New York and its suburbs, Atlanta, Chicago, Denver, Seattle and West Hartford, Conn.

Meanwhile, rallies were held Monday in Boston and Sunday in Los Angeles.

In Boston, some 1,000 pro-Israel demonstrators rallied in an event organized by synagogues, schools and Jewish nonprofit organizations, including the Combined Jewish Philanthropies, the Jewish Community Relations Council of Greater Boston, J Street, the Anti-Defamation League and AIPAC.

The Boston rally “is a statement to our sisters and brothers and cousins in Israel that we’re supportive and we feel your pain,” Rabbi David Lerner of Temple Emunah in Lexington, Mass., told The Jerusalem Post.

In Los Angeles, some 1,400 demonstrators voiced their support for Israel’s right to defend itself and its ramped-up operation against escalated rocket attacks on its South from the Gaza Strip. They gathered outside the Westwood Federal Building in West Los Angeles at a rally organized by the pro-Israel organizations StandWithUs, the Israeli-Leadership Council and the Zionist Organization of America-Western Region.

“We are here to protest the necessity of peace, the danger of those who would seek to destroy us and our determination to live both in strength and with justice and with peace,” Rabbi David Wolpe of Sinai Temple told the crowd.

Late Tuesday night, alumni of the Ramah camp movement from all over the world joined for a “virtual rally” in support of Israel. In a mass conference call, Ramah said hundreds of its alumni from more than 30 U.S. states and five countries recited a Hebrew prayer on behalf of Israel and sang the song “Acheinu.” Responding to a request, hundreds of photos and messages of concern were posted on social networking sites.

Meanwhile, lay and professional leaders from The Jewish Federations of North America arrived in Israel on Nov. 18 for a two-day emergency solidarity mission.

“The ongoing crisis being faced by the people of Israel, particularly those in the South, will not be fought by the Jewish state alone,” Michael Siegal, JFNA’s incoming chair, said upon arriving in Jerusalem. “We are here to express our firm solidarity and to say that as always, when Israel is in need, we are here.”

The JNFA already has committed $5 million in assistance to the Jewish Agency’s Israel Terror Relief Fund for the immediate needs of the people living under fire.

Organizations representing Orthodox Judaism — the Rabbinical Council of America, the Orthodox Union and the National Council of Young Israel — on Monday called on “all Jews to increase their Torah study as spiritual support and merit for those Israeli soldiers and civilians on the front line of battle.”

A Conference of Presidents of Major American Jewish Organizations’ leadership delegation led by Richard Stone and Malcolm Hoenlein, its chairman and executive vice chairman, together with 30 leaders representing an array of organizations, landed Wednesday in Israel.

The group is scheduled to meet with soldiers and civilians, and visit communities affected by Hamas rocket fire. The mission participants also will meet with top government and Israeli military officials to discuss the latest progress in addressing the attacks from Hamas-controlled Gaza.

The RCA instructed its members to hold special classes and lectures in their communities on Wednesday and Thursday “dedicated to the support of the IDF and the State of Israel.”

“In the merit of our increased study of Torah, may we merit the promise recorded in the Talmud, Sotah 21a, that the study of Torah protects and rescues those who engage in it,” said a statement from the three organizations.

A delegation of 20 rabbis from across North America toured areas of southern Israel on Tuesday as part of the RCA’s emergency solidarity mission.

The rabbis paid condolence calls to the families of the three Israelis killed in a rocket attack on an apartment building in Kiryat Malachi.

“Visiting this shiva house was a truly moving experience and allowed us to assure those who lost family members that their deaths were being felt by all of Klal Yisrael,” said Rabbi Doniel Kramer of Brooklyn.