Jailed Gross calls for U.S. to sign pact with Cuba 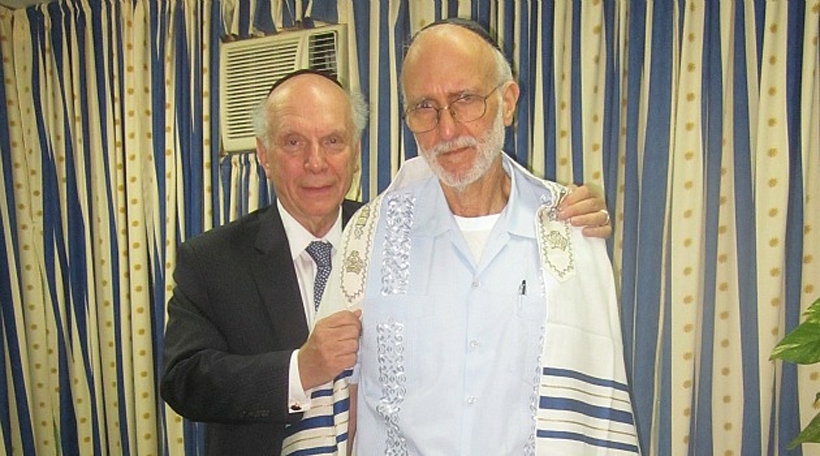 WASHINGTON (JTA) – Jewish-American contractor Alan Gross asked the U.S. government to sign a non-belligerency pact with Cuba in an effort to obtain his release from a military hospital there.

In a meeting with a Cuba specialist from a non-profit research center in Washington, Gross asked that the United States negotiate for his release and a dialogue with no preconditions be held between the two governments, NBC News reported.

On Sunday, about 300 people held a candlelight vigil in front of the Cuban Embassy in Washington to mark the anniversary of Gross’ third year in jail in Cuba. They sang and carried protest signs.

Gross, 63, of Potomac, Md., was sentenced last year to 15 years in prison for “crimes against the state.” He was arrested in 2009 for allegedly bringing satellite phones and computer equipment to members of Cuba’s Jewish community while working as a contractor for the U.S. Agency on International Development.

The State Department marked the third anniversary of his imprisonment on Monday by calling again for his release.

“Since his arrest, Mr. Gross has lost more than 100 pounds and suffers from severe degenerative arthritis that affects his mobility, and other health problems,” spokesman Mark Toner said in a statement. “His family is anxious to evaluate whether he is receiving appropriate medical treatment, something that can best be determined by having a doctor of his own choosing examine him.

“We continue to ask the Cuban Government to grant Alan Gross’s request to travel to the United States to visit his 90-year-old mother, Evelyn Gross, who is gravely ill. This is a humanitarian issue. The Cuban government should release Alan Gross and return him to his family, where he belongs.”