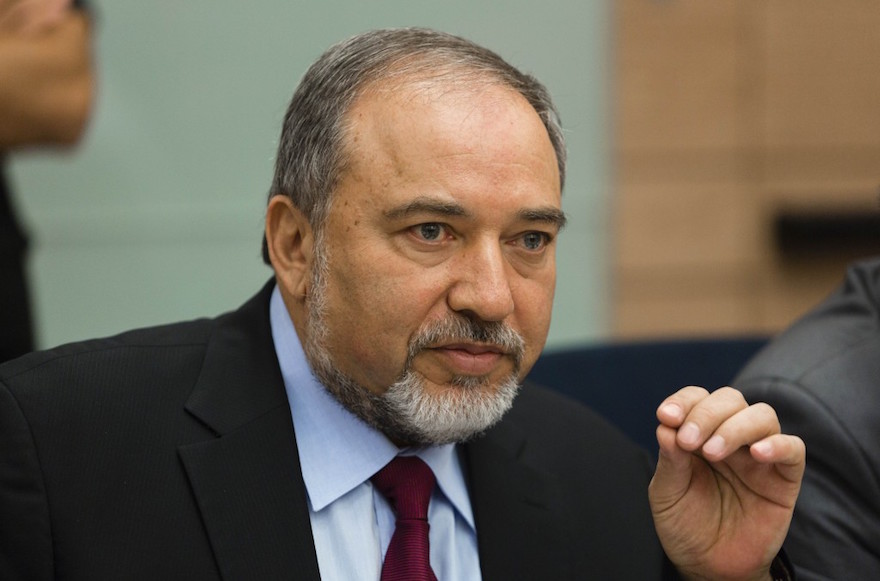 (JTA) — Avigdor Liberman officially stepped down as Israel’s foreign minister following his indictment for fraud and breach of trust.

Liberman left his post as foreign minister as well as vice prime minister on Sunday after saying two days earlier that he was stepping down.

“I have committed no offense but I wish to put behind me this issue, which is what remains of many years of investigation,” Liberman said in a statement Friday.

Liberman said he also would lift his immunity from prosecution, to which he is entitled as a member of Knesset.

On Dec. 13, Israeli Attorney General Yehuda Weinstein closed a 12-year investigation on Liberman, dismissing most of the charges. But he indicted Liberman for fraud and breach of trust for advancing former ambassador to Belarus Ze’ev Ben Aryeh’s position in the Foreign Ministry allegedly in exchange for information about an investigation against Liberman being conducted in Belarus. Last spring, Ben Aryeh confessed that he had received and passed documents to Liberman in 2008.

In his statement, Liberman added, “I am stepping down also because I believe the citizens of Israel deserve to go to the ballot box with this thing already settled, so I can resume serving the state of Israel and its citizens.”

According to Ynet, Liberman does not plan to resign as No. 2 of Halikud Beiteinu — the merger of Prime Minister Benjamin Netanyahu’s Likud and the Yisrael Beiteinu party headed by Liberman.

Liberman has said he wished for a “quick trial,” but it is not known whether this could be concluded ahead of Israel’s general elections scheduled for Jan. 22.

A statement by the Prime Minister’s Office said that Netanyahu spoke with Liberman “and wished he [Liberman] would soon prove his innocence in the sole remaining issue at hand and return before long to take up a senior cabinet post.”