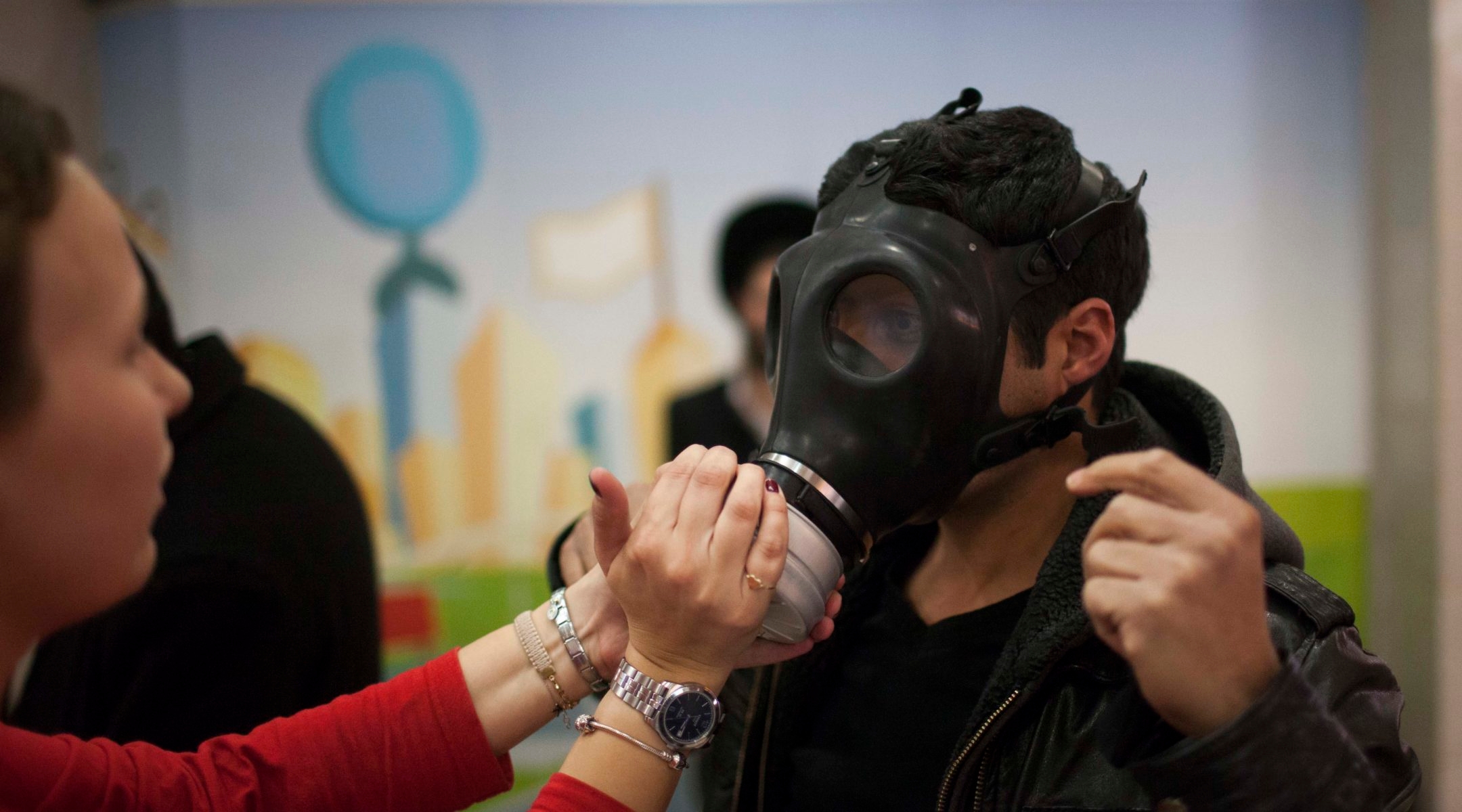 TEL AVIV (JTA) — Israeli planes reportedly struck a Syrian weapons transport on the Lebanese border amid increasing fears that the country’s chemical weapons stockpile could fall into the hands of Hezbollah.

The strikes, which occurred in the early hours of Wednesday morning, were reported to Reuters by a Western diplomat and anonymous regional sources who said that warplanes had struck the convoy as it passed from Syria into Lebanon. It was unclear from the reports whether the strike occurred on the Syrian or Lebanese side of the border.

The Israel Defense Forces declined to comment on the reports.

As the Syrian civil war persists and the regime of President Bashar Assad grows increasingly unstable, Israeli officials are concerned that Assad may transfer chemical weapons to his ally Hezbollah, the Lebanese terrorist group.

Senior Israeli officials have been issuing warnings about such a transfer for months. On Sunday, Israeli Prime Minister Benjamin Netanyahu said that Israel must closely follow developments “with the deadly weapons in Syria, which is increasingly coming apart.”

Experts say that a transfer of chemical weapons to Hezbollah is possible, as Assad is slowly losing his grip on power and does not want the weapons to fall into his opponents’ hands.

Dany Shoham, an unconventional weapons expert at Bar-Ilan University’s Begin-Sadat Center for Strategic Studies, said reports of the strike might be credible.

“I wouldn’t regard it as a surprise,” Shoham told JTA. “Israel posed this possibility as a red line already.”

Syria is widely believed to possess two types of chemical weapons — the nerve agents sarin and VX, both of which target the nervous system and can cause paralysis or death.

Even if they can acquire the weapons, experts say Hezbollah is unlikely to use them. In any case, they would be difficult for the terrorist group to weaponize. Chemical weapons must explode at the correct height to be effective: too high, they evaporate into the air; too low and the ground absorbs the chemicals.

More likely, Hezbollah would seek to use the weapons as a deterrent.

“The question is what Hezbollah can do with them,” said Yiftah Shapir, a director at Israel’s Institute for National Security Studies. “It can’t do anything with aerial bombs because it doesn’t have planes.

“We need to look at Hezbollah like an organized army. It’s a political group with political missions and goals. If it uses them, it will use them like a state.”

Shapir added that any use of chemical weapons would draw widespread international condemnation and “justify any reaction” from Israel.

“They’re not more lethal than conventional weapons,” Shapir said. “If you add the negative political effects that using chemical weapons has, it has worse effects. An army wouldn’t be excited to use them because of tactical reasons.”

Israel’s North has equipped itself with bomb shelters that can be sealed off in the event of chemical warfare, and an Iron Dome missile defense battery was moved this week near the northern city of Haifa.

But Nissan Zeevi, a spokesman for the Home Front Defense Ministry, told JTA that no special preparations are happening near the border.

Tel Aviv University Professor Eyal Zisser, in an interview with the Israeli news website Walla, said that Syria is unlikely to retaliate against the alleged strike. He noted that Syria did not retaliate after Israel allegedly bombed its nuclear reactor in 2007, when Assad was in a more secure position than he is now.

“His state is falling apart,” Zisser said. “He’ll just deal with it.”

Zisser added that the fall of Assad could be good for Israel, as it will weaken Hezbollah and its patron, Iran, though it will likely bring instability and possibly empower terrorist groups.

“We’ll have problems with elements of al-Qaida,” Zisser said, “but in the long term it’s more positive than negative.”