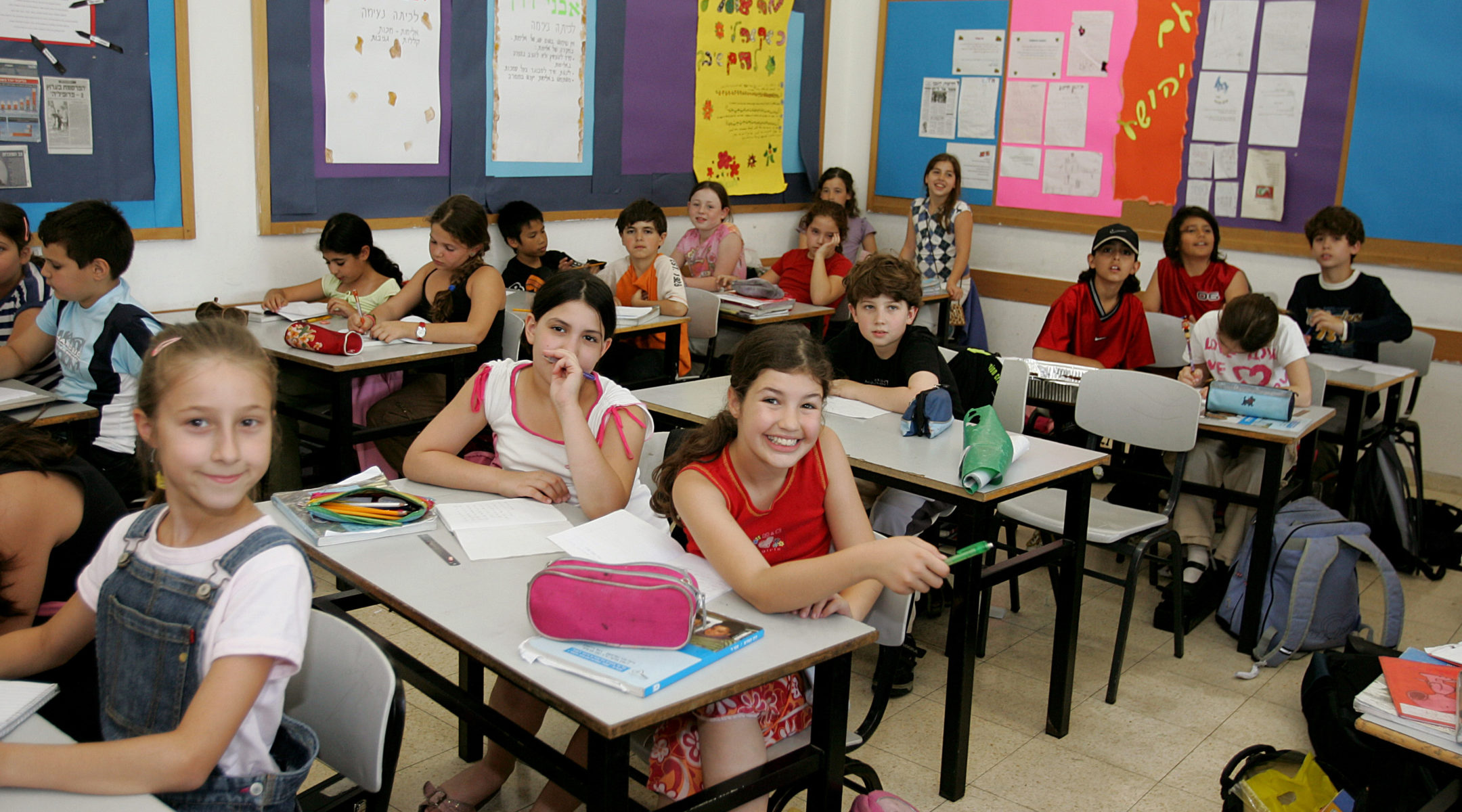 WASHINGTON (JTA) – An in-depth comparative study of Palestinian and Israeli school textbooks is offering some conclusions that already are making some Israeli government officials very unhappy: Palestinian textbooks do not have as much anti-Israel incitement as often portrayed.

While this finding might appear to be welcome news for supporters of Israel, it also threatens to undercut one of the central elements of the official Israeli narrative. For years, the charge that Palestinians “educate to hate” has been an Israeli trump card in undermining claims that Palestinian statehood is overdue, and it is an article of faith among many lawmakers in Congress.

“This obviously cuts down one of the pegs and a linchpin in the argument that the Israel government makes, that the Palestinian Authority is teaching hatred to their kids,” said an official who works closely with mainstream Jewish organizations in the United States. The official declined to be identified because of the sensitivity of the matter.

Titled “Victims of our own Narratives?” and funded by the U.S. State Department, the study finds both Israel and the Palestinians lacking in making the case for the other side’s presence in the Holy Land. It also scores Israeli books as better than Palestinian ones at preparing schoolchildren for peace.

But in the same pages it praises both Israel and the Palestinian Authority for publishing textbooks virtually free of “dehumanizing and demonizing characterizations of the other.”

“Both the Israeli and Palestinian communities should be commended for this important positive aspect of their books,” the study says. “Extreme negative characterizations of the other of his sort are present in textbooks elsewhere in the world.”

The study was launched in 2009 by the Council of Religious Institutions in the Holy Land, a multifaith body that aims “to prevent religion from being used as a source of conflict, and to promote mutual respect,” according to its website. It is comprised of the Israeli Chief Rabbinate, the Palestinian Islamic Waqf, and the heads of Christian churches in Israel and the West Bank.

The Israeli government did not formally cooperate with the study; Palestinian Authority officials did.

Yale University psychiatry professor Bruce Wexler convened the study team, which was headed by Daniel Bar Tal of Tel Aviv University and Sami Adwan of the University of Bethlehem. They assigned Hebrew-Arabic bilingual research assistants to plow through more than 3,000 passages from textbooks — 74 from the Israeli side and 96 from the Palestinian side.

The assistants assessed the passages based on criteria developed in part by an advisory panel that included Palestinian and Israel academics and outside experts, including those who have critiqued Palestinian books.

Most of the advisory panel, including several Israelis, signed onto a statement Sunday endorsing its findings.

“We agreed that the methods of the study were of the highest scientific standards and agreed on the main study findings,” the statement said.

At least one Israeli member, Arnon Groiss, said he has reservations about the methodology and could not attach his name to the final report, which he said he has not seen.

It’s not clear whether the study will alter fundamentally the standard Israeli narrative about Palestinian schools laying the groundwork for future conflict with Israel, and the study does not absolve either side.

Wexler said the goal of the study was to test according to rigorous statistical standards allegations that each side has made about the other’s texts.

“The type of testimony that’s been presented to Congress and to our national leaders has been one person reading selected passages from the books,” Wexler told JTA. “As a medical doctor, I don’t make decisions based on that type of information.”

The study found that textbooks in Israel’s state schools were likelier to depict Palestinians in a positive light and to include criticism of Israeli actions, while books in Palestinian and haredi Orthodox schools were overwhelmingly negative in their depiction of “the other.”

Critics, including some of the Israelis on the advisory panel, said this equivalence fails to take into account how each culture responds to such depictions.

“The problem is, he makes comparisons between promotion of education for peace on the one side and education that calls for the annihilation of the other side,” said Yossi Kuperwasser, the director of Israel’s Ministry of Strategic Affairs, referring to Wexler. “It’s like comparing apples and giraffes.”

A statement from the Ministry of Strategic Affairs picks out passages in Palestinian textbooks it says the study ignores; many of them implicitly negate Israel by referring or depicting the entire territory as “Palestine.”

The study, however, addresses that issue at length and finds that maps on both sides tend either to depict the entire area as “Israel” or “Palestine.”

Detractors of the study say its rigorous analytical methodology rips biased and sometimes inflammatory passages from each cultural context. They contend that triumphalism is more incendiary in a Palestinian society that they say is more forgiving of terrorism.

Kuperwasser has been leading the charge against the study.

“It omits important examples of incitement and delegitimization of Israelis and Jews in official PA textbooks, whether in an intentional attempt to blur the differences between the two educational systems or due to poor research,” he said.

A number of participants involved in the study said Kuperwasser has been pressuring groups and individuals to distance themselves from the study’s conclusions.

Israel’s Education Ministry said in a statement that “the results of the ‘study’ reveal that the decision not to cooperate with these bodies was right.” The ministry called the study “biased, unprofessional and significantly lacking in objectivity.”