The real scandal: Steve Cohen told me he was Turkish

So you know the scandal that wasn’t — Rep. Steve Cohen (D-Tenn.) tweeted loving messages during last week’s State of the Union to a 24-year-old bikini model, then deleted them.

Turns out, the model, Victoria Brink, was his daughter, one he hadn’t  been aware of until three years ago, and with whom he has since assumed a fatherly relationship.

What struck me was this comment from Cohen, quoted by NBC:

The congressman would not elaborate on how he only found out three years ago that he had a daughter. He said circumstances led him to search on Google for the mother of his child.

“I googled her mother, found out she had a child and the math looked pretty accurate,” he said. “The mom told me we had a lot of catching up to do.”

Brink’s mother then told Cohen, “’Yes every time I look at her I see the German Jew in her face,’ I’m Lithuanian, close enough.”

Cohen has told me for years that he is, like I am, descended from Turkish Jews.

What’s with the sucking up to the Litvaks? Steve, ijjo, talk to me.

Incidentally, you can see the resemblance, in this photo he handed Luke Russert to prove he brought Brink to the White House Christmas Party, i.e., he never had anything to hide. 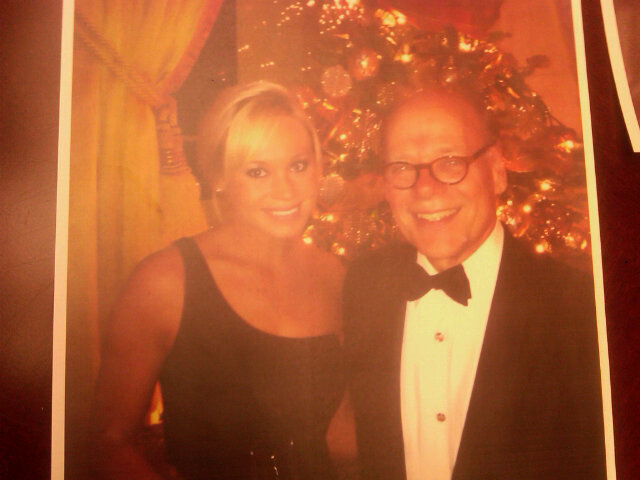 And why not the Chanukah party? Aman, aman aman — Don’t get me started.