Netanyahu, with team of rivals, puts together a government 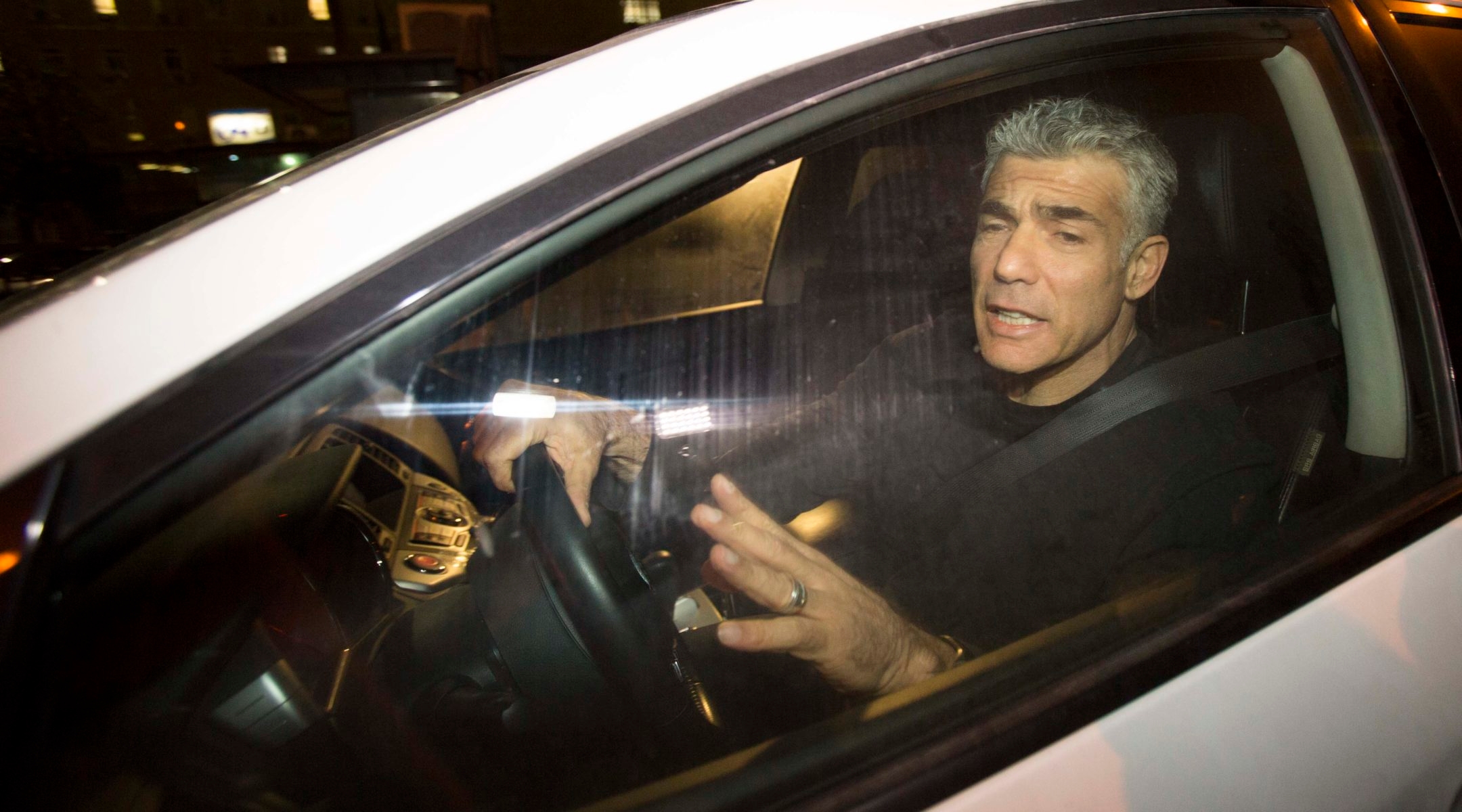 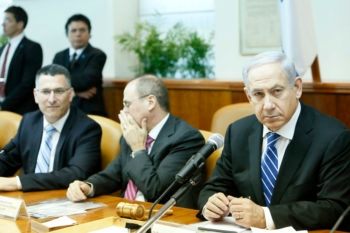 TEL AVIV (JTA) — He’s had to bite a few bullets to get there, but Israeli Prime Minister Benjamin Netanyahu will lead Israel’s next government.

In total, the coalition will include 70 of the Knesset’s 120 members.

The government’s priorities will be to prevent Iran from acquiring nuclear weapons, enact budget reform, expand Israel’s mandatory military conscription and lower the cost of living, according to Netanyahu.

“Above all,” Netanyahu said at his weekly Cabinet meeting Sunday, the next government must address “the major security challenges that are piling up around us.”

The coalition deal is a bittersweet victory for the prime minister. He won a disappointing 31 seats at the ballot box in January. That divided vote has turned into a divided government that he’ll have to lead with ambitious rivals by his side.

The divisions have grown more intense since the election, as Yesh Atid chairman Yair Lapid and Jewish Home leader Naftali Bennett formed an alliance after the vote.

“He’s a much weaker prime minister,” said Hebrew University political science professor Shlomo Avineri. “We see the emergence of two popular leaders who are not constrained by internal party institutions and can dictate to their own parties whatever policies they wish.”

By forming the coalition days before his final deadline of March 16, Netanyahu gains another term as prime minister. And because his party will control the Foreign and Defense ministries — Likud’s Moshe Ya’alon is slated to be the next defense minister – Netanyahu will be able to preserve the status quo regarding security issues and Iran.

And Israelis shouldn’t expect a renewed peace process with the Palestinians. Hatnua supports a two-state solution, while Jewish Home resolutely opposes a Palestinian state, as do many in Likud.

“I don’t think there is any chance of a final-status agreement with the Palestinians,” Avineri said, but “partial agreements” could be possible.

Netanyahu will serve as foreign minister while former Foreign Minister Avigdor Liberman, Netanyahu’s No. 2, fights corruption charges. Should he be acquitted, he will return to the post. Lapid, who has said he wants to be prime minister, had fought hard in negotiations for the foreign minister post.

In managing his coalition, Netanyahu’s biggest challenge will be including haredi Orthodox men in Israel’s mandatory draft — one of Israel’s burning political issues. Yesh Atid campaigned on a platform of drafting nearly all haredi men, who currently receive exemptions if they stay in yeshiva. Along with Bennett, a pro-settler politician who strongly favors haredi conscription, Lapid has been pushing for a strict draft law.

Not wanting to alienate the haredim — a traditional support base for Netanyahu — the prime minister has pushed for a more lenient version. The compromise, according to the latest Israeli reports, will be that haredim will be subject to the draft at age 22, not 18, like the rest of Israelis. And up to 2,000 haredim could continue to receive exemptions, far higher than the limit of 400 that Lapid had sought.

“The new political leaders are capable of reaching an agreement that will gradually change the rules of the game,” Bar-Ilan University political science professor Eytan Gilboa said.

Avineri says he’s skeptical the haredim will obey any draft law reached without the imprimatur of the haredi parties.

“The only way of seriously extending the haredi draft is to do it with negotiations with at least one of the haredi parties and getting a wishy-washy compromise,” Avineri said. “You’re not going get it by drafting thousands of haredim against their will.”

Draft reform is one of Lapid’s signature issues, but his more difficult task may be succeeding as finance minister. For a media personality who decided to enter politics a little more than a year ago with a campaign that promised common-sense policies and “new politics,” it will be a challenge to maintain his appeal while actually being a politician.

Lapid’s campaign slogan was “Where’s the money?” and he promised not to raise taxes on the middle class. Facing a budget deficit of $10 billion, Lapid may become the face of some unpopular spending cuts or tax hikes.

It could condemn the fate of his Yesh Atid to that of other Israeli centrist parties that flared and burned out. Kadima, for example, dominated Israeli politics after being founded in 2005 by Ariel Sharon, and it won 28 seats in the previous elections, in 2009. But this year it squeaked into the Knesset with just two.

“Lapid is in danger,” said Hebrew University professor Gideon Rahat. “What happened to the rest of the centrist parties is they disappeared in two or three years. But if he does things differently, he may be able to hold on.”

For his part, the ambitious Bennett, formerly Netanyahu’s chief of staff, reportedly does not get along with the prime minister. Personal rivalries could cause rifts in the government should Bennett, Lapid and Netanyahu disagree on sensitive issues.

“There are too many internal coalitions inside this coalition,” Gilboa said. “The prime minister is not good at resolving coalition disagreements.”

Netanyahu’s main threat, however, may come from outside the coalition. Usually part of the government, the Knesset’s haredi parties — Shas and United Torah Judaism — have been excluded this term because they oppose drafting haredim. They have vowed a rigorous fight with the coalition. The opposition leader will be Labor, with whom the haredi parties share support for progressive economic policies.

“I think the haredim will fight the government on economic issues, but I think the Israeli public in general will support reforms,” he said. “But I would advise the new politicians to go slowly and cautiously.”