Ben Feldman hams up the Jew factor on ‘Mad Men’ 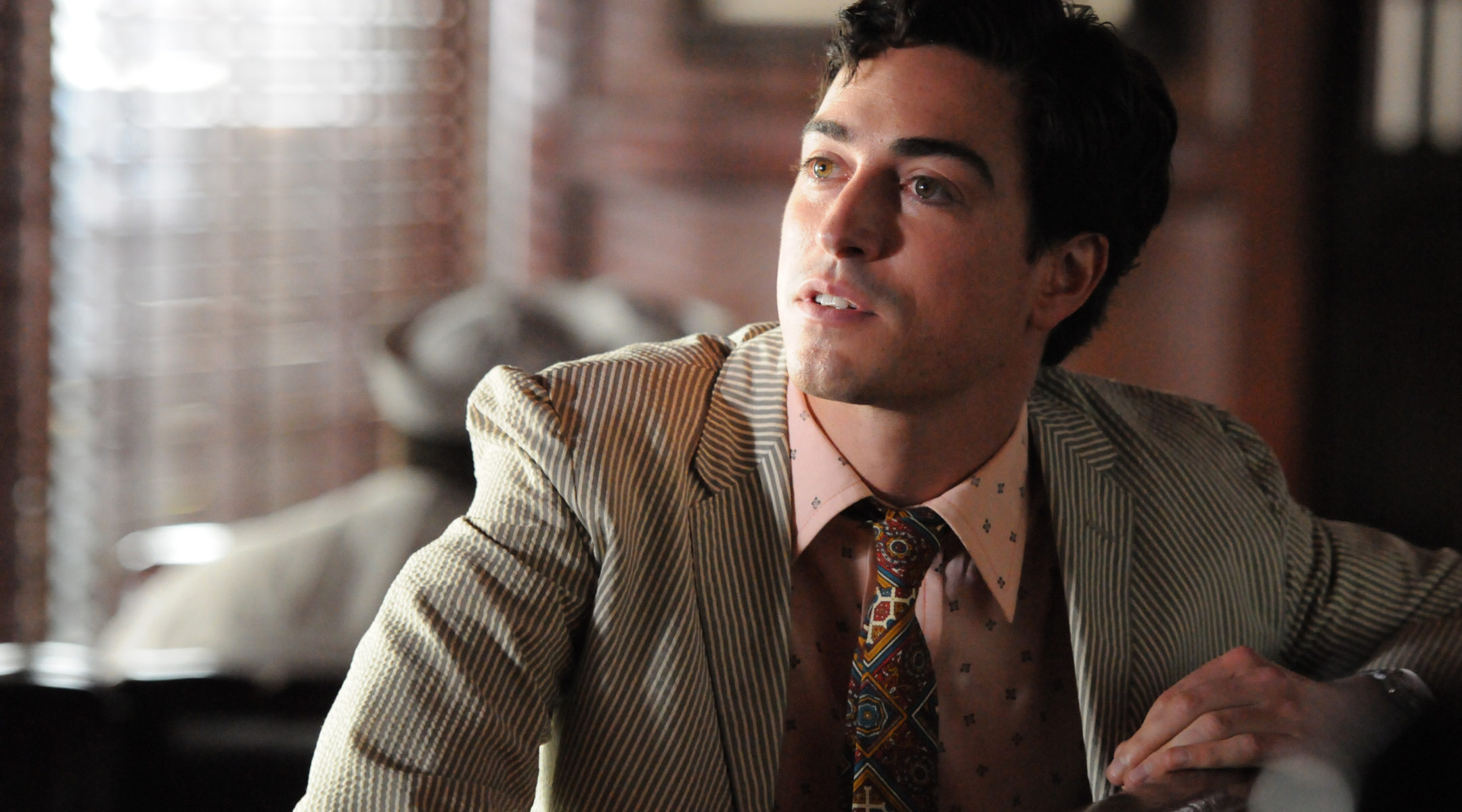 Yes, he technically plays a fictional advertiser, the Jewish copywriter in AMC’s award-winning drama “Mad Men.” But Feldman says it was his excellent marketing skills that landed him the role.

“The casting loved that I was a Jew in real life,” Feldman told JTA. “They were looking for the typical character, a Jew with a heavy accent, and I played it up for all it was worth.”

Feldman’s first acting gigs were in off-Broadway plays. Eventually he scored roles in TV shows such as “CSI” and “Living with Fran,” as well as in small films.

He thought he was about to hit it big when he moved to Los Angeles for a sitcom produced by Adam Sandler titled “The Mayor.” Feldman starred in the pilot, but the show never aired and eventually was dropped, providing the struggling actor a crash course in the capriciousness of the entertainment industry.

Persevering, he closely followed casting calls for his favorite show, “Mad Men,” and was thrilled when he landed the part of the Jewish copywriter. Feldman said it wasn’t so surprising that the show incorporated a Jewish character into the cast.

“If you look at the history of advertising, most of them were Jews, so it was only a matter of time before ‘Mad Men’ explored that area of advertising,” Feldman said. “Plus, the show illustrates the boundaries that were broken in that time period, with women in the workplace, race and such. So it makes sense that the show was going to bring a Jew on.”

Feldman is basking in the success of his character, but he knows it could end at any time: The producers of “Mad Men” love to leave their audience and their actors in suspense on plot twists. The sixth season premieres on April 7.

“Even if I wanted to tell you what was in store for Michael Ginsberg, I couldn’t,” Feldman said. “There’s no way of knowing if he’ll run off with Joan or Peggy because the writers of the show keep everything top secret. And if one of us leaks a page of our script, everyone will know who it is because they have big, bold letters with our names on it.”

Feldman, who grew up in a Conservative Jewish home, considers himself a traditional Jew. Though he noted sadly that he never had a bar mitzvah, Feldman says he occasionally attends synagogue and hosts a Passover seder every year for his friends. The gefilte fish, he says, is “a must.”

To get fully into character, Feldman says he tries to impersonate other Jews he knows; hence, the accent and quips. And while his imitations might seem a little over the top, Feldman says he enjoys having fun with the character and isn’t aiming to represent all Jews.

The show’s writers, he says, are using Judaism as a metaphor for being an outsider.

“The thick accent isn’t just about being Jewish. It’s that Michael is less cultured, less educated than everyone around him, but someone who is trying to step in,” Feldman said. “He’s in a totally different social class, as you can see from his clothing, and I try to show how hard it is for him to fit in.”

Feldman’s parents are ardent “Mad Men” fans. His father, Robert, runs an ad agency in Maryland. And they were excited for him when he landed the role — until they found out which role.

“My mother’s first reaction was like, ‘Oh I’m so excited. You’re going to star next to the handsome, silver-haired actor,’ ” Feldman recalled. “And I was like, ‘Well, I’m in a show full of good-looking people, but I’m going to stand out as the weird, ugly one. But honestly, it’s more rewarding to fly solo and play a different sort of character. There’s more room to grow.”

Feldman wouldn’t reveal any details of the upcoming season, but he did mention that he was present recently at a reading for the season’s 10th episode.

As for his career steps after “Mad Men,” Feldman sees a mad dash to find a new show once the season wraps. But he has other things on his mind, like planning his October wedding — an event, he promises, that will have a huppah and the breaking-of-the-glass ritual.

“Here’s the thing about Jews in Hollywood,” he said. “Not to stereotype, but the Jews I know here are the funniest, most self-deprecating people I know. And it’s rare to find a Jew that is actually offended by comedy about them.

“It’s sort of like Seth MacFarlane at the Oscars. I’m not trying to offend anyone with my character. I’m trying to be as authentic as it gets.”