Peres meets pope at Vatican, invites him to Israel 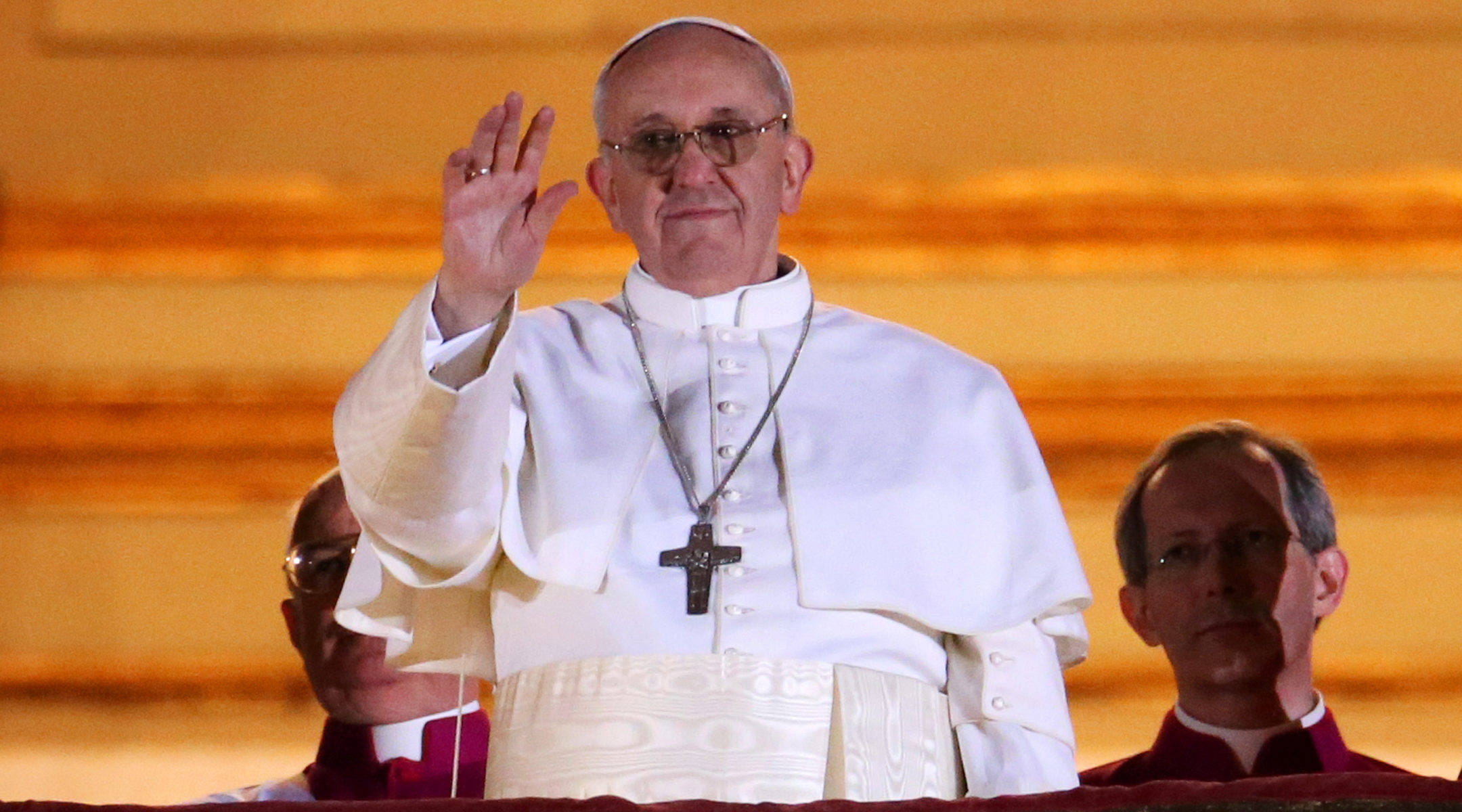 (JTA) — Israeli President Shimon Peres told Pope Francis at a Vatican meeting that the new pontiff has an important role to play in shepherding the peace process.

Tuesday’s meeting was the first diplomatic encounter between an Israeli official and the new pope.

“You have an important role in progressing peace and the belief in it, I turn to you and ask that within your sermons in front of millions of believers in the world you include the hope for peace in the Middle East and the whole world,” Peres said in a statement following the meeting.

Peres also invited the pope to visit Israel, saying “I am sure that you will be received warmly by all the citizens, regardless of religion, race or nationality.

“The citizens of Israel see in you a leader of peace and good will. The sooner you visit the better, as in these days a new opportunity is being created for peace and your arrival could contribute significantly to increasing the trust and belief in peace.”

Francis thanked Peres for the invitation, saying he wants to visit Israel and would try to find a time to do so in the near future, according to a statement from the President’s Office.

During the meeting, the pope made clear that anti-Semitism in the world goes against the beliefs of Christianity and must be opposed in every country. Francis suggested creating a global meeting with the heads of all the world’s faiths and to come out against violence and terror.

The pope visited Israel in 1973 when he was a Jesuit priest.