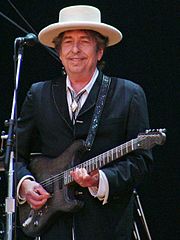 Embrace all things Robert Allen Zimmerman during his 72nd birthday month. Visit his birth town, Duluth, Minn., for Dylan Days, a lineup of Dylan-inspired activities running May 23-26. While you’re there, drive by his childhood home in Hibbing, Minn. Listen to “The Essential Bob Dylan,” available on iTunes. Read his autobiography, “Chronicles One.” Watch “I’m Not There,” the 2007 musical biopic starring six actors as different versions of Dylan (Cate Blanchett won a Golden Globe for her performance). And try to spot the Jewish influences throughout his works, from “Highway Sixty One Revisited” to his 1961 yodeling in “Talkin’ Hava Nagila Blues.”