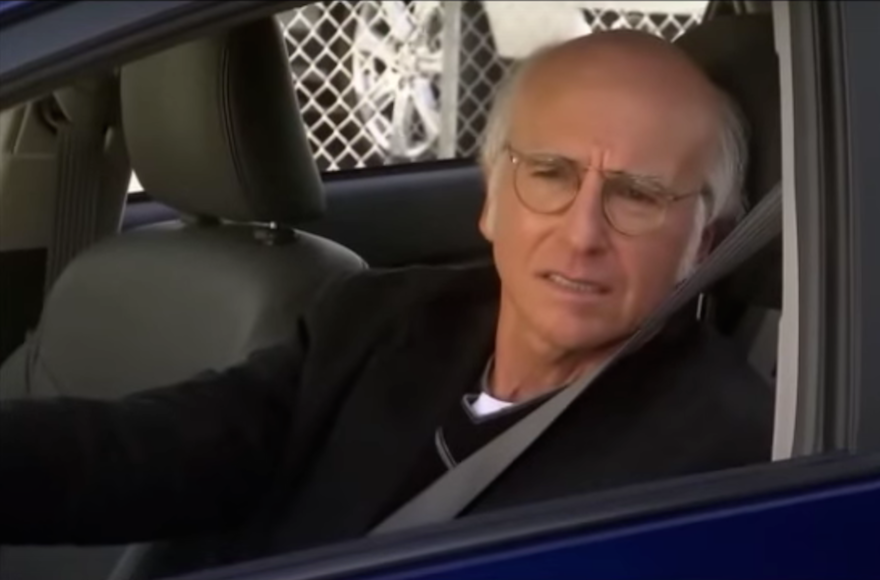 Comedian Larry David has been called a lot of things over the course of his long and successful career, but we’re pretty sure “peace maker” has never been one of them. Until now. Well, almost sort of, anyway.

Harvard law professor Alan Dershowitz has sent an episode of David’s HBO show “Curb Your Enthusiasm” to Israel Prime Minister Benjamin Netanyahu, in hopes that he will invite Palestinian President Mahmoud Abbas over to watch it, according to The Hollywood Reporter.

As dedicated “Curb” fans have likely already guessed, it’s none other than the Palestinian Chicken episode, in which David is conflicted over whether it’s okay to get chicken from a Palestinian-owned restaurant even though—to the dismay of his Jewish friends—it’s housed right next to a deli.

David got the whole thing going by first sending the DVD out to Dershowitz. The attorney says it’s been received by Netanyahu, who is “looking forward to watching it.”

“Maybe if they both get a good laugh, they can begin a negotiating process,” says Dershowitz of the two leaders.

It sounds as crazy as any good “Curb” episode, but after watching this clip we think maybe he’s right.