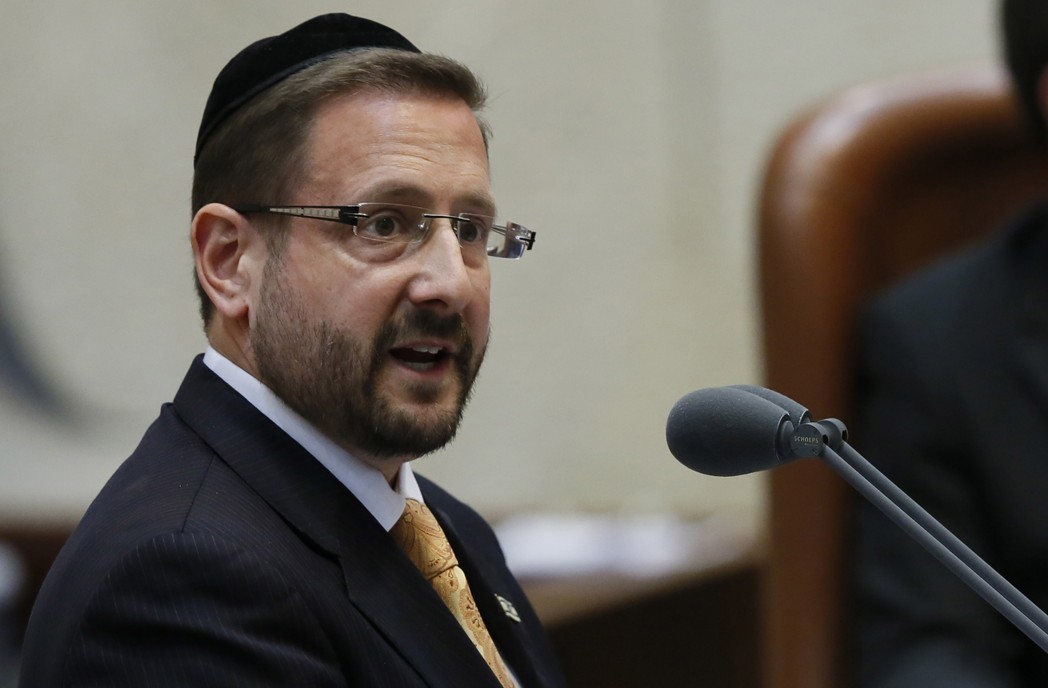 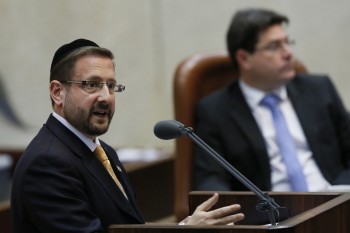 The problem is that Israel’s haredi leaders say he’s not actually haredi.

Once seen as a possible bridge between Israel’s growing haredi community and the secular majority, Lipman, a freshman member of Knesset from the centrist Yesh Atid party, has weathered a torrent of criticism aimed at discrediting his haredi bona fides since his election in January.

“He calls himself haredi and advocates positions that are universally rejected by the leading halachic representatives of the community and the community at large,” said Jonathan Rosenblum, a columnist for the haredi Mishpacha magazine. “It’s very hard for me to understand someone who is haredi being part of a party that signs off on these positions on [Jewish] conversion and homosexual marriage.”

Lipman supports a number of laws now being formulated that would roll back privileges long enjoyed by haredim in Israel, notably exemption from the military draft and the public funding of their schools. He favors the creation of an egalitarian prayer section at the Western Wall and belongs to a party that advocates the legalization of same-sex marriage.

And on top of all that, he wears a blue suit — not the traditional haredi black.

The attacks, Lipman says, show that haredi leaders are more interested in leveling personal attacks than debating policy. Laws under discussion — including one mandating the teaching of some secular subjects in haredi schools — benefit the haredi community, he says, without posing a threat to its way of life.

“It’s not a question of who’s haredi or not haredi,” he told JTA. “Let’s talk about the issues. Why should an ultra-Orthodox male not have math and English and enter the workforce?”

Lipman was a teacher and principal in Cincinnati and Maryland before moving to Israel in 2004 with his wife and three children. The Lipmans settled in Beit Shemesh, a Jerusalem suburb where simmering tensions between haredi and secular Jews erupted in 2011 after haredi men harassed an 8-year-old Modern Orthodox girl they believed was not dressing in a sufficiently modest manner.

Taking on the role of peacemaker, Lipman worked to find common ground between the sides. But local haredi leaders, the city’s mayor among them, believed he was opposing Beit Shemesh’s haredi sector.

In 2012, Lipman joined Yesh Atid, a new party that galvanized the Israeli middle class, in part with its promise to end the longstanding haredi draft exemption.

For the party, Lipman’s membership was a powerful symbol, a sign that Orthodox opposition to the draft was not universal. But Lipman’s support for the Yesh Atid agenda led to charges that he was being disingenuous and not truly a member of the community he claimed to represent.

“I ask one thing from MK Lipman,” Knesset member Yaakov Asher, of the haredi United Torah Judaism party, said in parliament on May 1. “Don’t speak as a haredi when you’re not really. Don’t make a joke out of people when you entered Knesset just because someone made a mistake and thought that because of how you look, you’re haredi.”

Lipman has said his ultimate goal is for Israeli haredim to adopt the lifestyle of their American counterparts, who often gain some secular education and work full-time jobs. But even American haredi leaders have lashed out at him.

Rabbi Aharon Feldman, who heads the Baltimore haredi yeshiva Ner Yisroel where Lipman was ordained a rabbi, called him “wicked.” And though Feldman apologized soon afterward, he has been unsparing in his criticism, calling Lipman “extremely misguided” and accusing him of eroding the holiness of the haredi community by compelling its students to study secular subjects.

“You attack the people who look like you the most,” said Menachem Friedman, an expert on the Israeli haredi community at Bar-Ilan University. “The most similar political opponents are seen as the biggest threats.”

Rosenblum, the columnist, said that what works in the United States won’t necessarily succeed in Israel. He noted that increasing numbers of Israeli haredim have been joining the army and the workforce of their own accord, and that compelling them to do so by law would push them into a defensive posture.

“If they see the government coming to change the haredi way of life, that’s a frontal attack,” he said. “When [politicians] seem to be in a mode of not simply coming to facilitate changes that are already taking place, the historical reaction is to resist with full force.”

Lipman hopes that once haredim deprived of government subsidies are forced to work, they will see the benefits of their changed circumstances. He acknowledged, though, that given the animosity he has faced, continued intransigence is at least as likely.

“The change will happen when they go to work and have education,” he said, adding, “It might take a generation or two.”