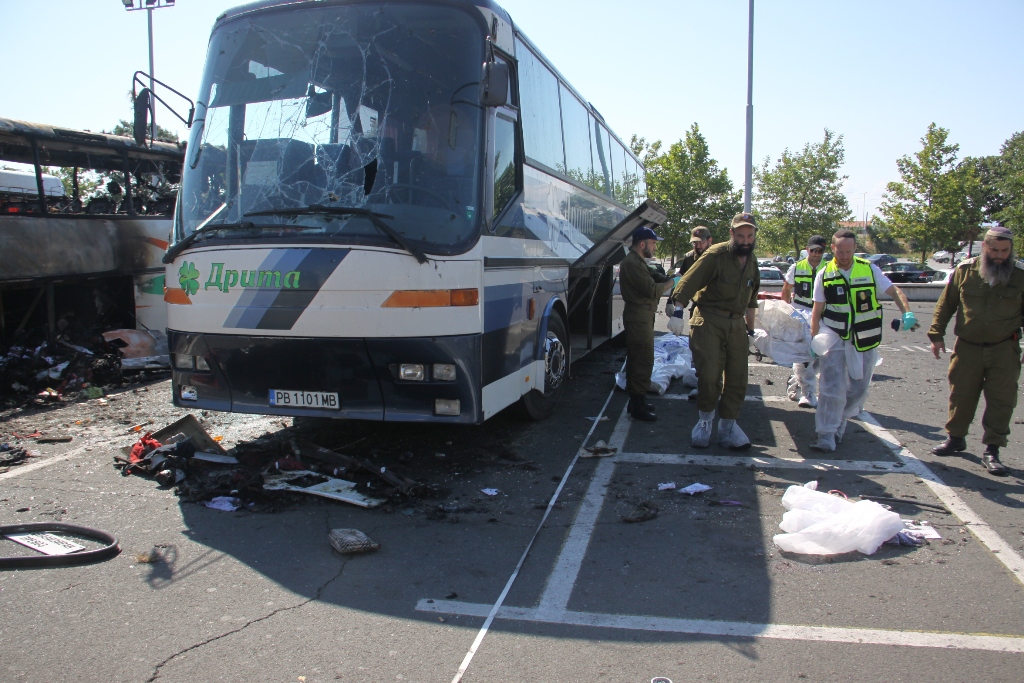 Israeli ZAKA emergency rescue team examining the remains of the bus at the scene of the terrorist attack in Burgas, Bulgaria, July 19, 2012. (Dano Monkotovic/FLASH90)
Advertisement

(JTA) — Bulgaria is backtracking on its assertion that a deadly terror attack in Burgas on a bus full of Israeli tourists was carried out by Hezbollah.

“It is important that the [EU] decision be based not only on the bombing in Burgas because I think the evidence we have is not explicit,” Bulgarian Foreign Minister Kristian Vigenin told national state radio BNR, according to Reuters.

In the wake of the bombing last July, Israel, the United States and several other countries called on the European Union to designate Hezbollah as a terrorist group. Five Israelis and their Bulgarian driver were killed in the attack at the Burgas airport.

“There is an indication that it is possible [that Hezbollah was behind the bombing], but we cannot take decisions with important consequences for the EU based on indirect data,” she added.

On Tuesday, a British request to label Hezbollah a terror group was opposed at the EU, with several governments voicing concern that the move would increase instability in the Middle East.

The Wall Street Journal identified some of the reluctant countries as Finland, Austria and Ireland. France also has been against labeling the group in an effort to remain on good terms with Lebanon, where Hezbollah is a member of the government. The United Kingdom has classified Hezbollah’s military wing as terrorist.

The countries that identify Hezbollah as terrorist are the United States, Israel, Canada, Australia and New Zealand.