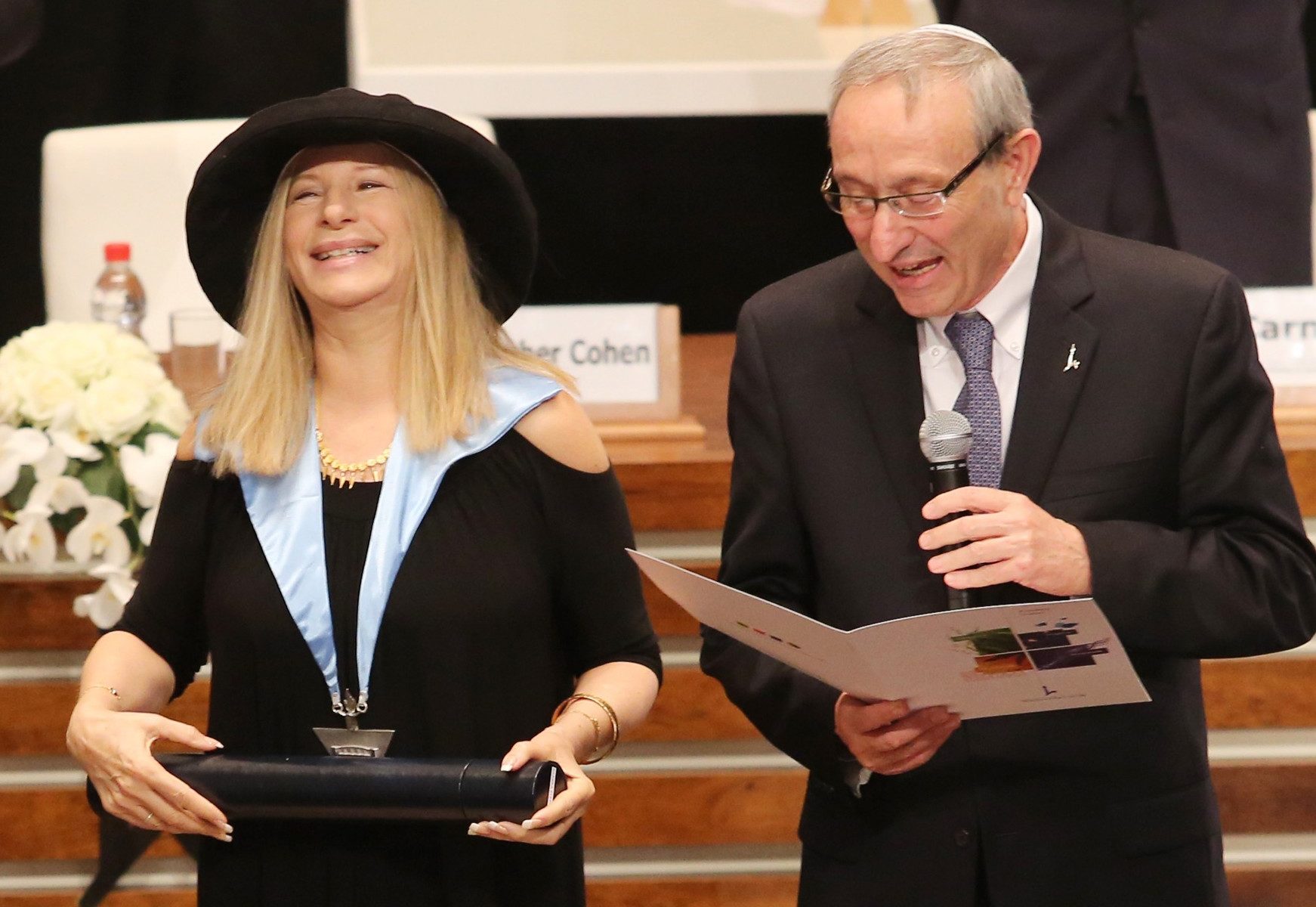 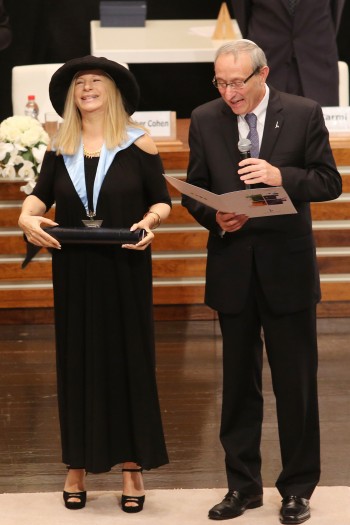 Streisand’s speech included references to her acting career, her connection to Judaism, and a visit to Israel 30 years ago when she dedicated the Emanual Streisand Building for Jewish Studies in honor of her father.

“I wish the world could be more like the Hebrew University where women and men, Jews and Arabs, Muslims and Christians all sit together in classrooms and cafeterias,” she said.

It will be a busy trip for Dr. Streisand. Yesterday evening she visited the Western Wall, tomorrow night she will attend President Shimon Peres’ birthday party, and naturally, she’ll be performing, too. Her two Jaffa concerts, happening later this week, are all sold out, so don’t get your hopes up if you happen to be in town.