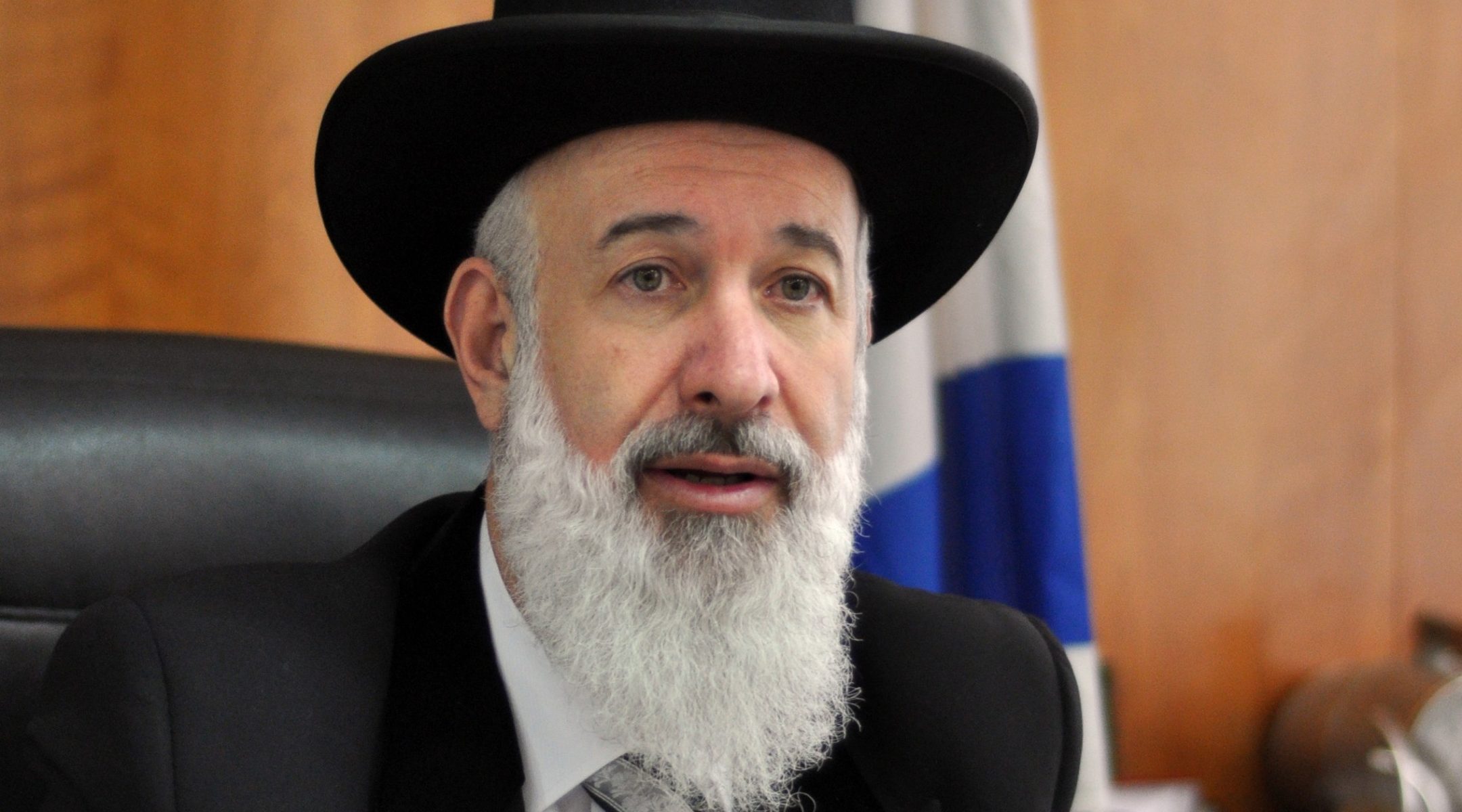 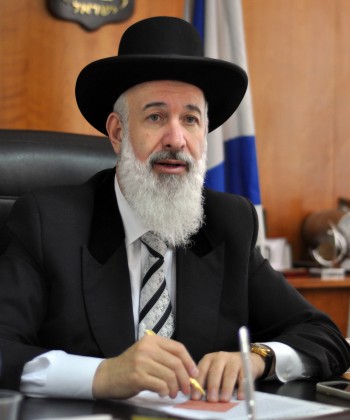 (JTA) — Israeli Ashkenazi Chief Rabbi Yona Metzger was questioned on suspicion that he took hundreds of thousands of shekels meant for nongovernmental organizations.

Metzger’s home and office were raided on Thursday, according to Israeli reports, and Israeli Police confiscated documents and property. Metzger was brought to the National Fraud Unit for questioning on accepting bribes, fraud and money laundering, Ynet reported.

Three associates of Metzger — two heads of NGOs and a Chief Rabbinate employee — also were arrested.

An investigation of Metzger reportedly was opened months ago after information implicating him in illicit activity reached police.

Metzger’s 10-year term as chief rabbi is set to expire this year. Elections to replace him will take place next month.