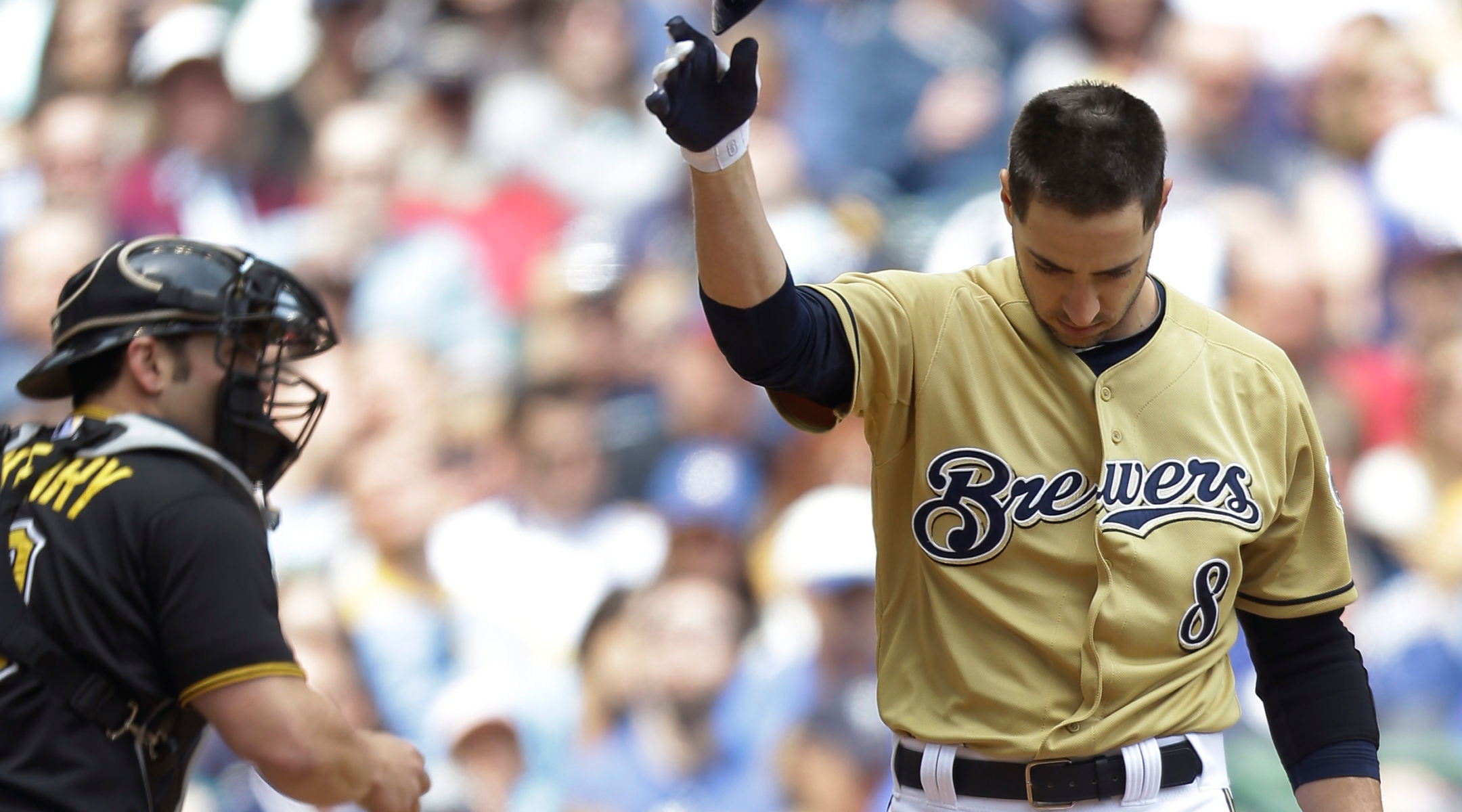 Ryan Braun of the Milwaukee Brewers won't be throwing any more helmets this season following his suspension for violating Major League Baseball's drug policy. His tirade here came after striking out in a game against the Pittsburgh Pirates at Miller Park in Milwaukee, May 26, 2013. (Mike McGinnis/Getty Images)
Advertisement

It wasn’t so long ago that Ryan Braun was just a rookie phenom, racking up numbers that had Jewish sports junkies rushing to put the Milwaukee Brewers’ slugger in the pantheon with Greenberg and Koufax.

These days, not so much.

The news this week is that Braun has accepted a suspension from Major League Baseball for the rest of the season, all but admitting to using performance-enhancing drugs. I say “all but admitting” because in accepting the time he still hasn’t explicitly acknowledged the crime.

As I have acknowledged in the past, I am not perfect. I realize now that I have  made some mistakes. I am willing to accept the consequences of those actions. This situation has taken a toll on me and my entire family, and it is has been a distraction to my teammates and the Brewers  organization. I am very grateful for the support I have received from players, ownership and the fans in  Milwaukee and around the country. Finally, I wish to apologize to anyone I may have disappointed – all of the baseball fans especially those in Milwaukee, the great Brewers organization, and my teammates. I am glad to have this matter behind me once and for all, and I cannot wait to get back to the game I love.

What makes his non-admission admission particularly lame and weasely is how lame and weasely his response was to his failed drug test back in 2011. First he (successfully) challenged his suspension on technical grounds and then turned that victory-by-technicality into an unabashed declaration of innocence.

Just man up already and admit what you did. Until then, you’re not even in the same league as Shawn Green and Ian Kinsler. And no more calling you “The Hebrew Hammer” either.