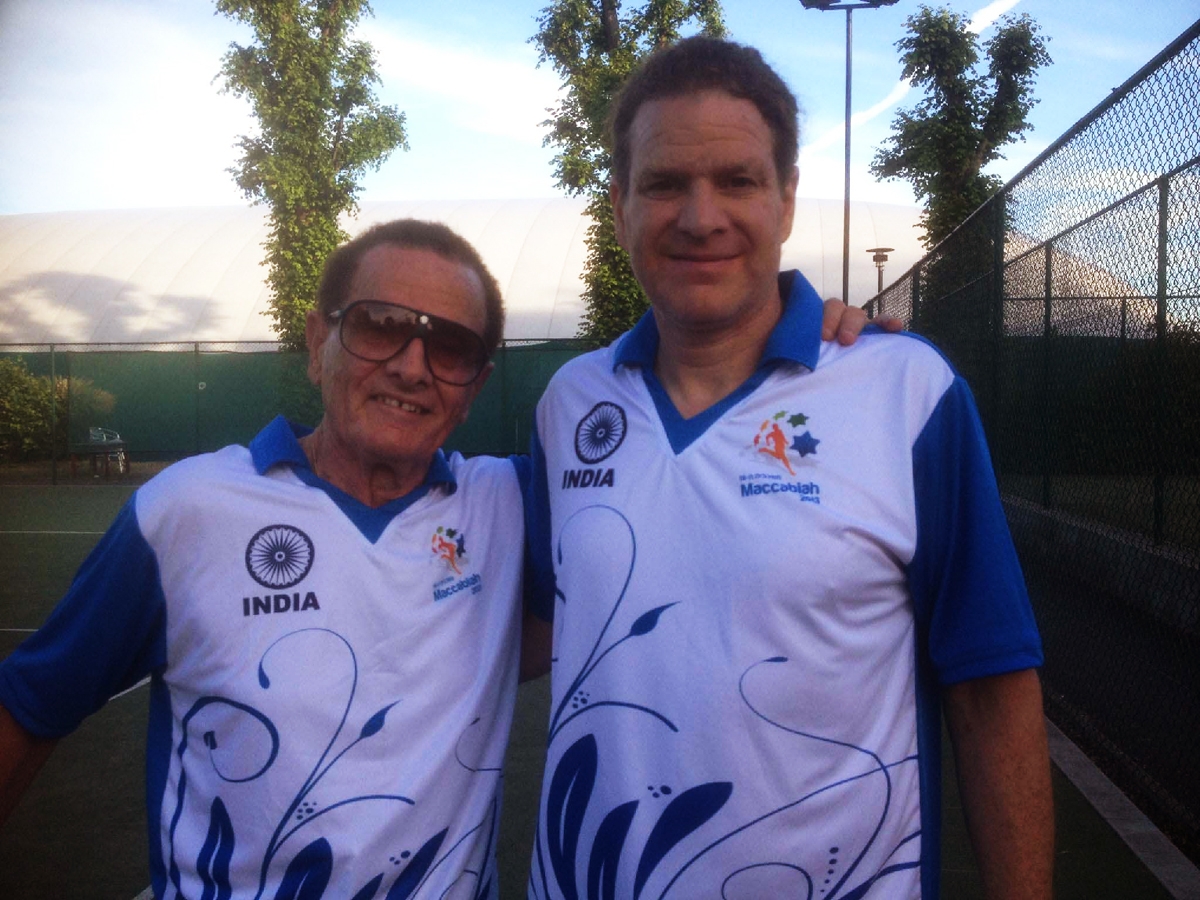 Mumbai’s Sam Marshall, 77, and Yosi Marshall, 51, of London, saw more of each other than normal at the Maccabiah Games. Father and son constituted a Marshall doubles team in tennis.

Sam Marshall serves as head of India’s 33-member delegation, which also includes athletes in karate, cricket, golf, badminton and table tennis. He was pessimistic about his and his son’s chances. The pair are being forced to compete in the 50-55 grouping after a request to take their average age, 64, and grant them entry to the 60-65 bracket was rebuffed.

The Marshalls lost to an Australian doubles pair in their match at Tel Aviv’s Hadar Yosef Tennis Center.

Still, Marshall said, “We had a good match.” The experience of pairing on the court with his son was fun.

“I propose to carry on until my 12th Maccabiah, when I’ll be 101,” said Marshall, who is participating in the games for the sixth time. “I’m looking forward to it.”