Aliyah flight brings in 125 recruits to Israeli army, among others 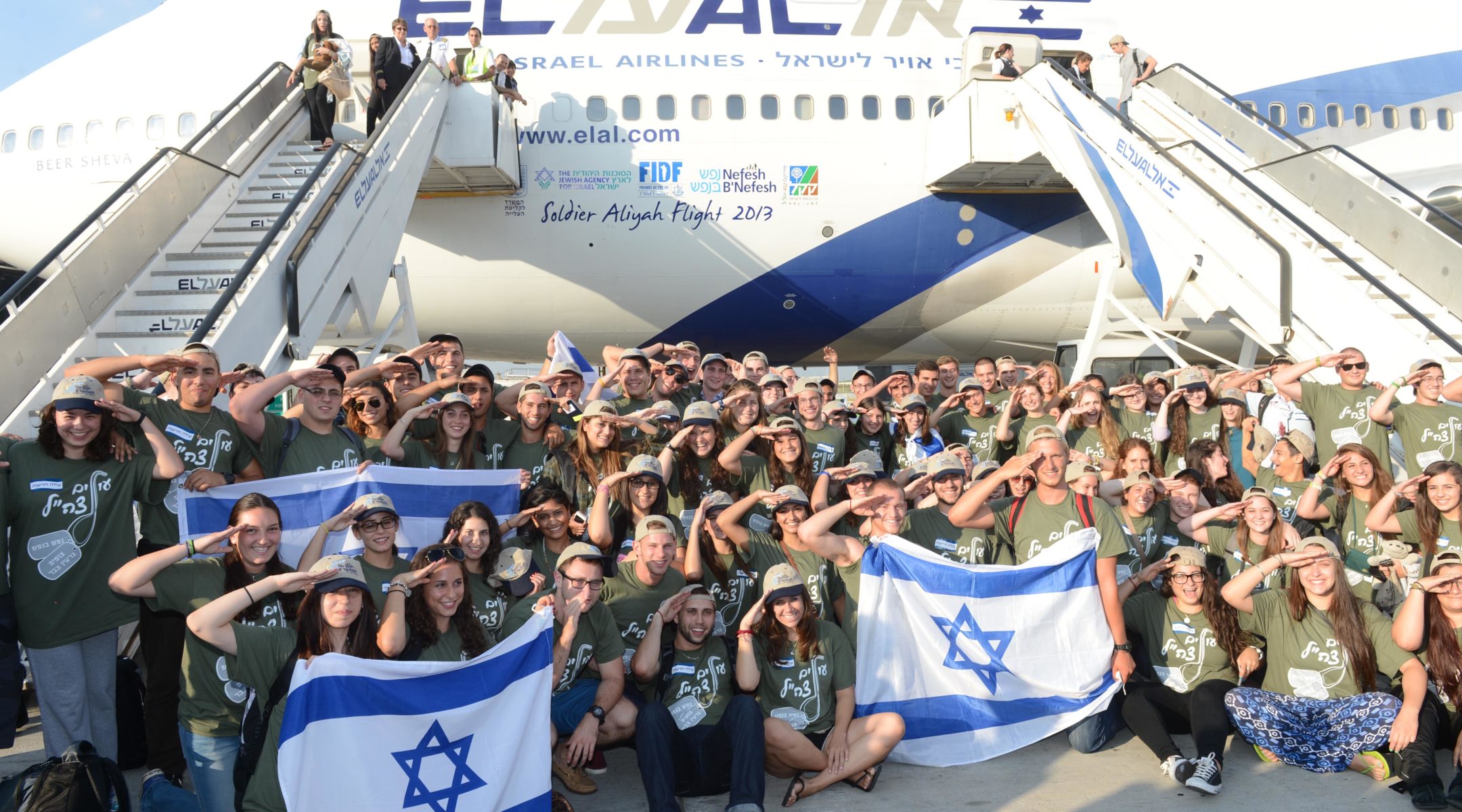 JERUSALEM (JTA) — More than 300 new immigrants from North America arrived in Israel, including 125 recruits to the Israeli army.

In addition to the young people who will be joining the Israel Defense Forces, the flight included 41 families with 88 children, and 92 new immigrants moving to Israel’s periphery as part of the Nefesh B’Nefesh and Keren Kayemeth L’Israel Go North and Go South programs.

The Nefesh B’Nefesh flight was organized in cooperation with the Ministry of Immigrant Absorption, the Jewish Agency for Israel, Keren Kayemeth Le’Israel and Tzofim Garin Tzabar.