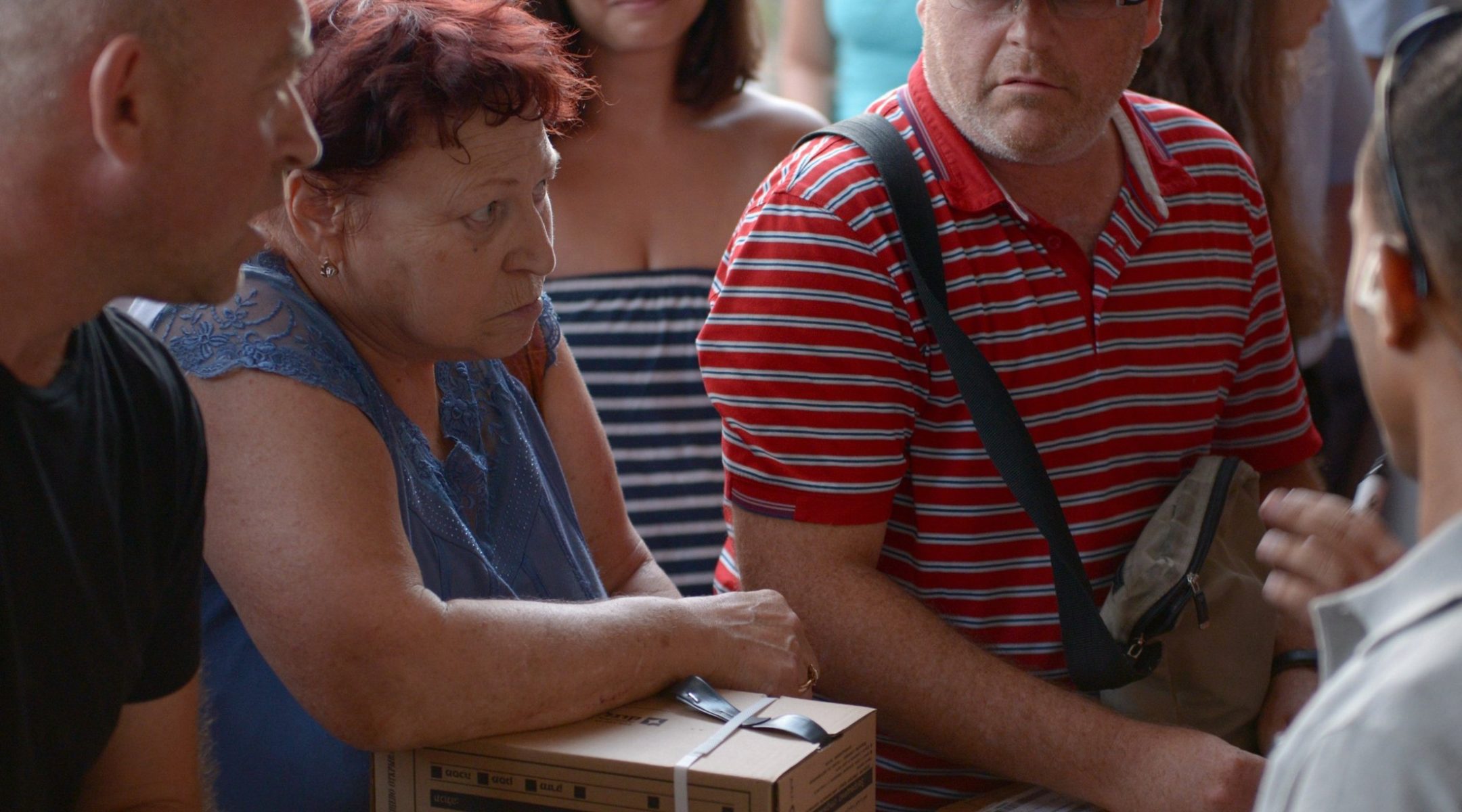 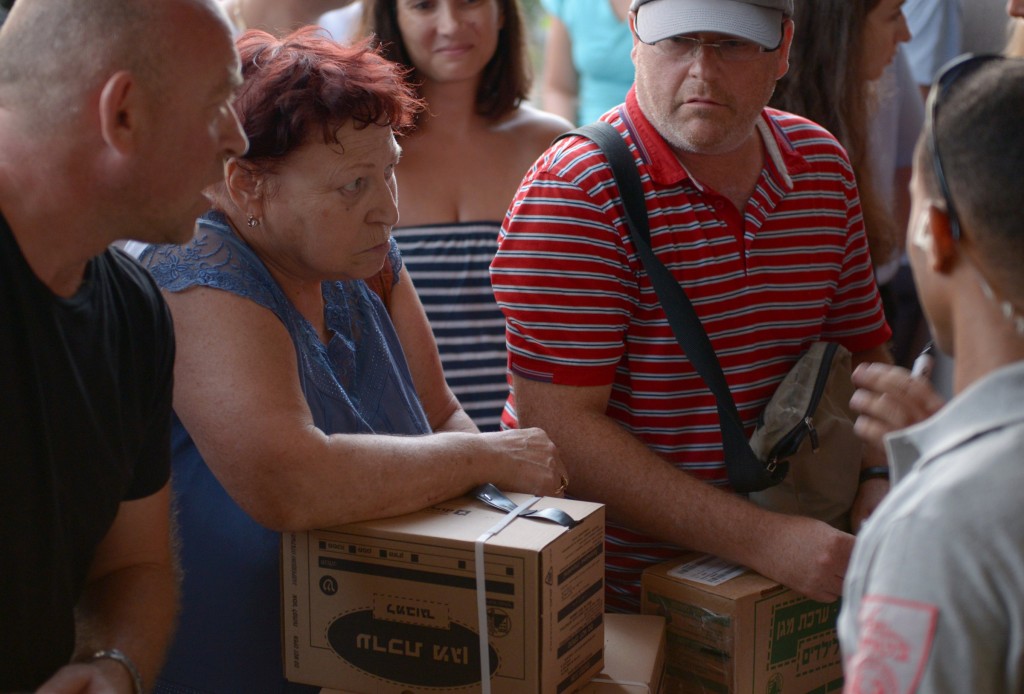 The line of people waiting for gas masks was long and Hayoum stepped away to run errands. She returned in the afternoon to find hundreds of Israelis crowding under a hot sun on the building’s wide steps, some holding umbrellas and others food.

On the street below, medics treated a woman suffering from the heat. On the sidewalk, men sold cold water and bagels. Hayoum began to push her way through.

“They want me to stand for four hours here,” said Hayoum, of nearby Ramat Gan. “I don’t trust the government or the army. They say we’re prepared, but the Home Front Command won’t answer the phone.”

For two days, Israelis have been descending on centers like this to receive free government-issued gas masks in preparation for a possible Syrian chemical weapons attack. On Thursday, citing the long lines, the government extended the hours of distribution.

The gas mask frenzy signifies a striking mood change here. An alleged chemical weapons attack last week by the Syrian government and subsequent murmurings of a possible U.S. strike have focused Israeli attention on the Syrian civil war like never before.

U.S. officials had harsh words following the alleged chemical weapons attack that killed hundreds in a Damascus suburb. Secretary of State John Kerry called it a “moral obscenity” and accused Syrian President Bashar Assad of attempting a cover-up after carrying out the attack. The White House reportedly has begun preparations for a strike on Syria in coordination with European allies.

Although the United States appeared to tone down its rhetoric on Thursday, the fear in Israel is that Assad will respond to an American strike by bombing Israel. On Monday, a government official in Iran, which backs the Assad regime, told an official state news agency that “the Zionist regime will be the first victim of a military attack on Syria.”

Israelis flocking to a southern Tel Aviv post office to receive free gas masks — a scene being played out throughout Israel amid fears of an attack by Syria. (Ben Sales)

“There is no reason to change daily routines,” Netanyahu said Wednesday. “At the same time, we are prepared for any scenario. The IDF is ready to defend against any threat and to respond strongly against any attempt to harm Israeli citizens.”

Still, the IDF is urging calm and says the chances of a Syrian attack are low. An IDF source told JTA that the Home Front Command has not issued any special instructions to civilians and that “what you’re seeing now is a response from the public.”

“Right now there isn’t any sense of panic,” said the source, who asked to remain anonymous. “There isn’t a freakishly high concern. Everybody is relatively calm. If it was clear that there could be a chance that something would happen, we’d see the consequences of that in terms of Home Front Command instructions to the public.”

Daila Amos, a spokesperson for the Golan Regional Council, said life is continuing normally on the Golan Heights, where stray shells from the fighting across the Syrian border have fallen several times in the past year and where residents are used to a heightened troop presence.

“Unfortunately, during this last year the idea that something could happen has been on our minds,” Amos told JTA. “We hear the bombs almost every day. To think that a number of meters from us these terrible things are happening is not easy.”

Several Israeli analysts say that Assad will likely refrain from attacking Israel even in the case of a U.S. strike. Bombing Israel would draw the IDF into the Syrian civil war, which would weaken Assad and could turn the tide of battle decisively against him, they say.

“I wouldn’t attack Israel,” Elran said. “But I also wouldn’t use chemical weapons against my own people.”

The timing of a U.S. strike also remains unclear. There is some question over whether Assad himself ordered the attack and United Nations inspectors are still collecting evidence from the site. They are expected to report to the U.N. secretary-general over the weekend.

Hila Kostinsky, who returned to Israel two weeks ago after 12 years in the United States, said she felt a responsibility to get gas masks for her two children.

“We’re still trying to protect them,” she said. “It’s what you expect when you move back to Israel.”