Speak out about Iran — but not so loudly, Netanyahu counseled 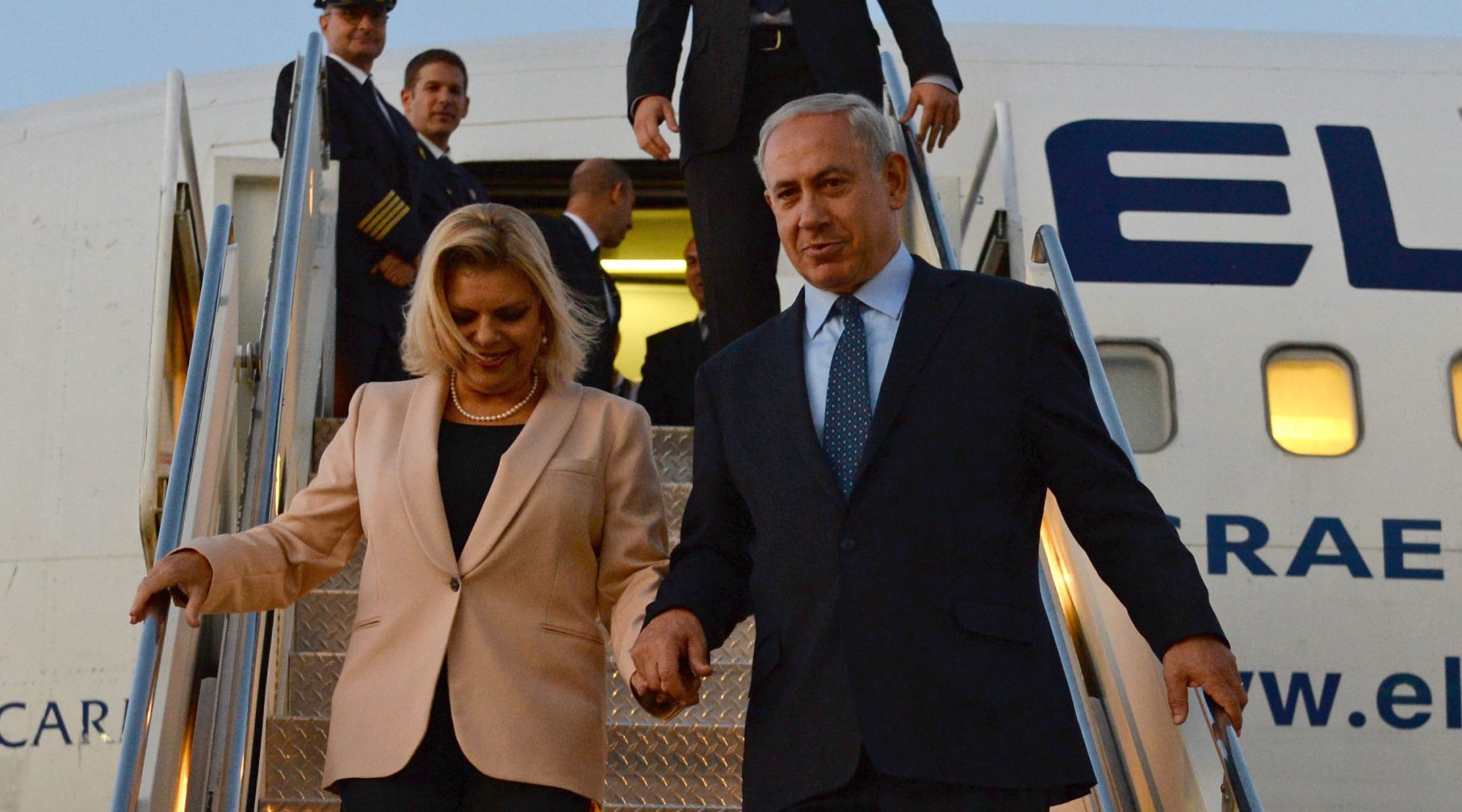 WASHINGTON (JTA) — Worried that he may be losing the biggest stick in his arsenal when it comes to Iran — the threat of a U.S. strike — Israeli Prime Minister Benjamin Netanyahu arrives in Washington for a meeting today with President Obama prepared to speak out.

But friends, colleagues and outside experts are urging him to do so softly.

The American Jewish Committee and an array of Israeli lawmakers who share Netanyahu’s belief that the ostensible moderation of Hassan Rouhani, Iran’s newly elected president, is a sham also are making the case that his warnings about Iran have been too shrill.

“Unless Israel wants to continue to find itself largely alone on the world stage, it will have to find new ways to make its case, so that it is not just talking to itself and its supporters,” Harris wrote in an Op-Ed on Friday in Haaretz. “Simply implying, for instance, that anyone who sits down with Rouhani is a modern-day Neville Chamberlain or Edouard Daladier won’t do the trick. To the contrary, it will only give offense and alienate. There are more effective and less shrill ways of making the case for caution, vigilance, and strength.”

The bluntness of the warning was notable coming from the AJC, a group that has been among the most steadfast in amplifying Netanyahu’s concerns about Iran and promoting the blistering sanctions that have crippled the Iranian economy.

Joining in the warning was Jeremy Ben-Ami, whose liberal pro-Israel group J Street is convening its annual conference in Washington this week.

“I would hope that the Israeli prime minister does not do things and say things that indicate that Israel would not be interested in a diplomatic solution,” Ben-Ami told reporters during the conference. “It has to be verified, you’ve got to test this out. I’m not saying just accept [Rouhani] on face value.”

In the wake of a groundbreaking telephone call between Obama and Rouhani on Friday — the first such high-level contacts between the two countries since the 1979 Iranian Revolution — Netanyahu ordered top officials not to speak to the media. Netanyahu’s sole statement before leaving for the United States on Saturday night suggested that he remains uneasy about the rapprochement.

Netanyahu met Monday with Obama and Vice President Joe Biden at the White House. He will address the United Nations General Assembly tomorrow.

During a brief meeting with reporters in the Oval Office, Netanyahu said he asked Obama to maintain the twin pressures of sanctions and the threat of military action.

“I believe it’s the combination of a credible military threat and the pressure of the sanctions that has brought Iran to the negotiating table,” Netanyahu said. They should not be lessened until there is verifiable success.”

Obama agreed that U.S.-led sanctions brought Iran to the negotiating table, and that “words are not sufficient.”

“We have to see if in fact they are serious about their willingness to abide by international norms, international laws,” Obama said. “We enter these negotiations with a clear eye — anything we do will require the highest standards of verification.”

Obama repeated that all options, including military options, remain on the table.

Israel reportedly was informed about the call with Rouhani before it happened. And Obama, in announcing the conversation, emphasized that as the United States pursues diplomatic engagement with Iran, it would “stay in close touch with our friends and allies in the region, including Israel.”

In an interview prior to the Rouhani call, Michael Oren, the Israeli ambassador to Washington, chided Western powers for “wishful thinking” when it came to Iran.

“We’ve seen it repeatedly, both in the case of North Korea and in the case of Iran itself, that attempts to reach compromise have fallen victim to deceit and some wishful thinking,” Oren told JTA. “It may be an unpopular position, and people accuse us of being naysayers and doom-and-gloomers, but it’s criticism that we’re going to have to weather in order to uphold our vital national security interest.”

Those warnings were echoed this week among an array of Knesset members in Washington attending the J Street conference.

Shelley Yachimovich, the leader of the opposition Labor Party, said Israel “must be neither naive or paranoid” in dealing with Iran, but also cautioned that hard-line opposition to efforts to find a diplomatic resolution risked relations with the Obama administration.

“We have to bear in mind that our alliance with the United States is a very important strategic asset,” she said.

In a panel discussion at the conference, five Knesset members, including from the governing coalition, agreed that the best course forward was to test Rouhani’s offers. Among them was Tzahi Hanegbi, a former justice minister and Likud lawmaker who is close to Netanyahu.

Hanegbi said he was “happy” that a diplomatic resolution was possible and insisted Netanyahu was on board with the “test but verify” approach.

“We are not party poopers because we don’t know what the reason is for the party — what the prime minister is saying is what the president is saying, it is not enough to smile,” Hanegbi said. “We need to see action.”

The key difference emerging between the U.S. and Israeli postures is over enrichment. The Obama administration reportedly is ready to allow Iran to enrich uranium at 3.5 percent — enough for the medical research Iran insists is the aim of its nuclear program, and well short of the 20 percent it now achieves and the 90 percent required for weaponization.

Oren said keeping Iran to the 3.5 percent figure was illusory.

“Because now they’ll have the infrastructure in terms of the number of centrifuges installed as well as the knowledge to go from 3.5 percent to weapons grade in a very short period of time,” he said. “The 20 percent number has become increasingly insignificant. It’s something that we’re going to have to stress our case here.”

Eldad Pardo, an Iran expert at Hebrew University’s Harry S. Truman Research Institute for the Advancement of Peace, said he understood Obama as wanting to thoroughly exhaust all options before advancing to a military solution.

“I see much more collaboration than they let on,” Pardo said of the Obama-Netanyahu relationship. “I think when Obama was here they had plenty of time to discuss things. What I see is that Obama needs to build credit in case of war.”