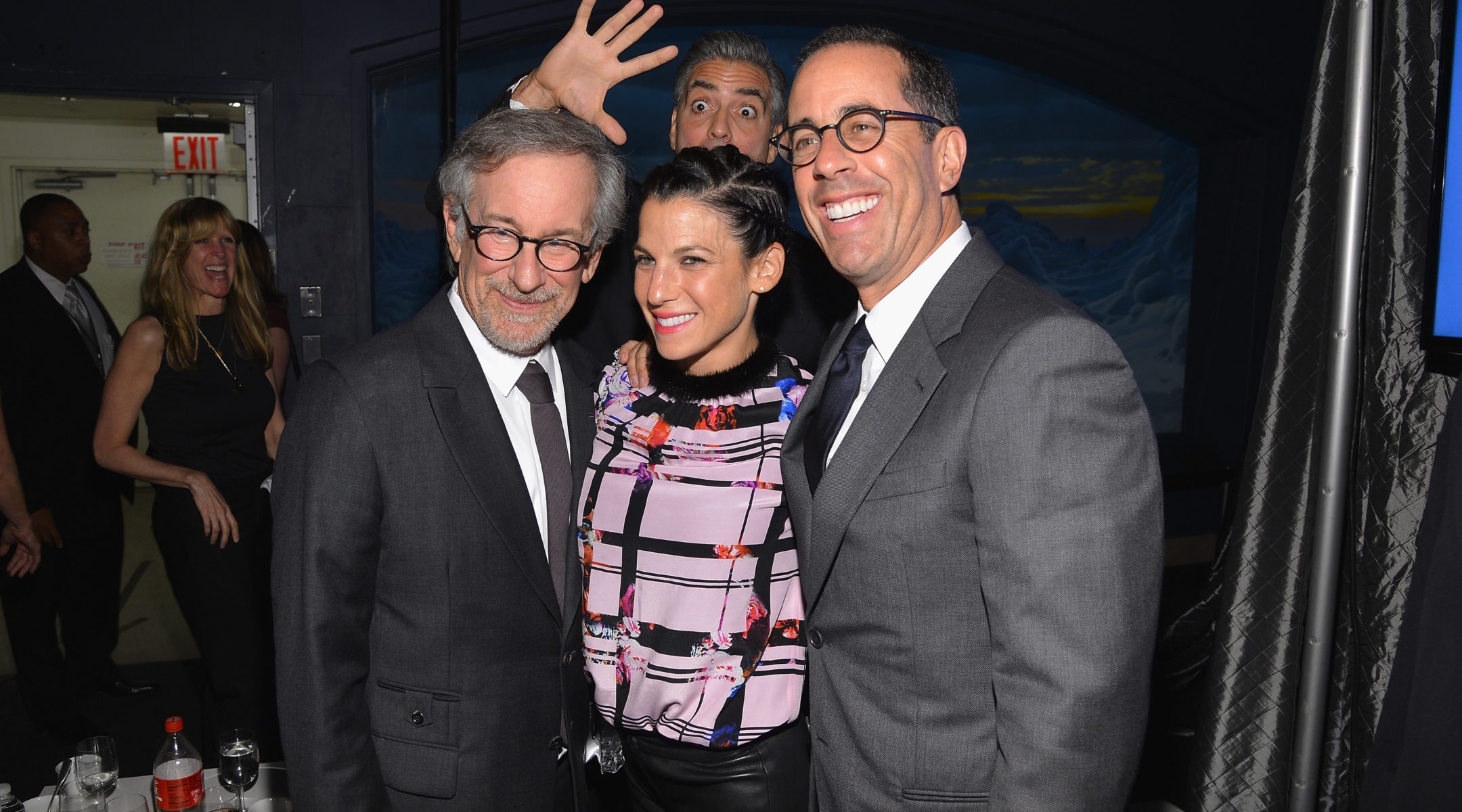 George Clooney sneaks into a picture with Steven Spielberg and Jessica and Jerry Seinfeld at the USC Shoah Foundation Institute gala 2013 at the American Museum of Natural History on October 3, 2013 in New York (Getty Images)
Advertisement

Jon Stewart hosted the star-studded event, which was held at the American Museum of Natural History.

Lots of nice stuff was said about Clooney and his work in Darfur and beyond, and Clooney said lots of nice stuff about Spielberg’s work collecting and preserving the video-taped stories of Holocaust survivors.

But fear not, the evening was not an endless kvell-fest. Mr. Clooney, famed prankster that he is, made folks around the Internet chuckle by photobombing a shot of Spielberg and Jessica and Jerry Seinfeld.

Even funnier is the winner of the contest Deadline ran, calling for captions.

And the winner is… “It’s every Jewish person’s nightmare: A huge ham lurking behind you.”

Check out the honorable mentions–they’re pretty good too.