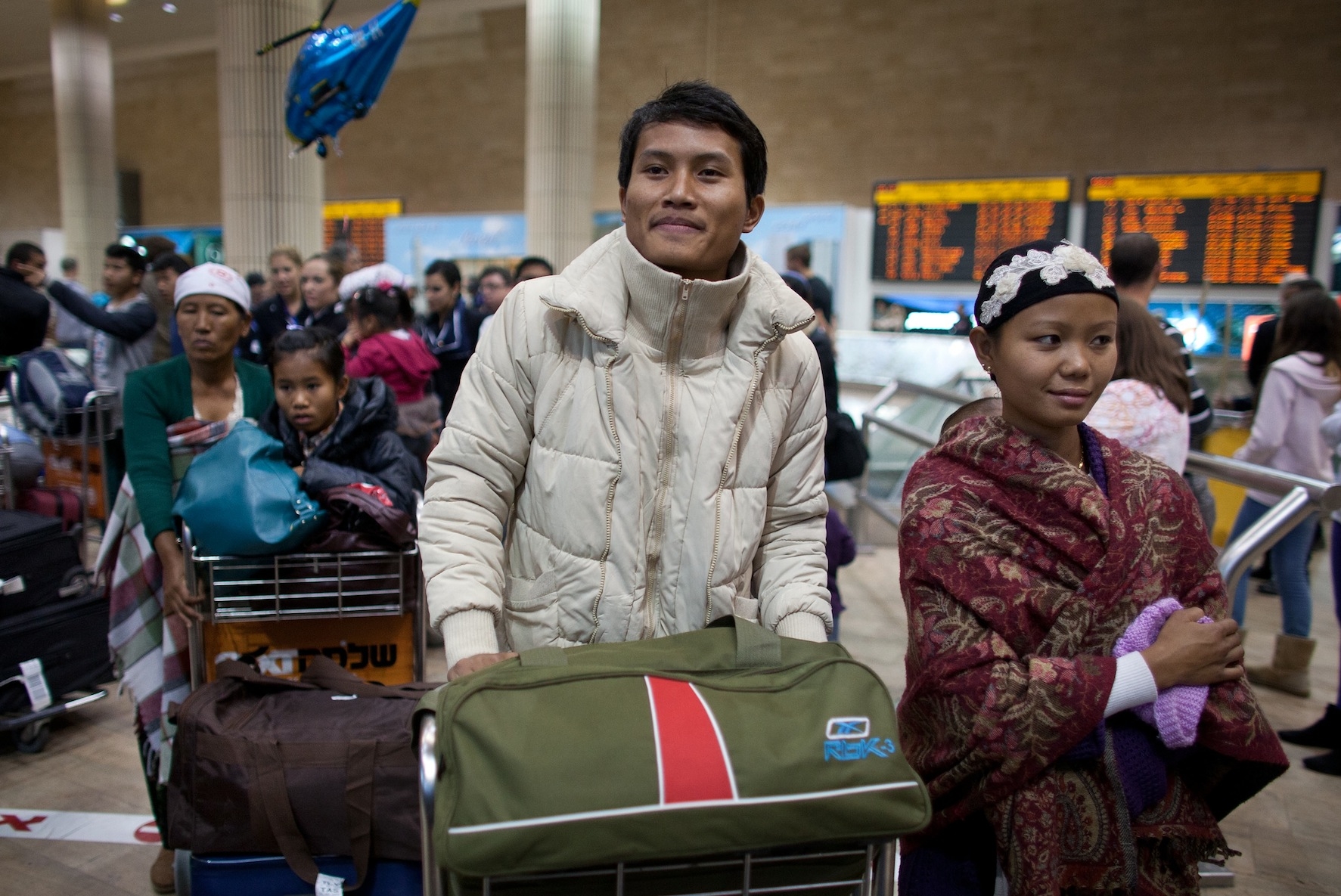 The community has been permitted to move en masse despite having once practiced rituals with only glancing similarity to Judaism and claims of ancient Jewish ancestry that some politicians and experts find dubious.

“This is a bluff,” said Avraham Poraz, a former Israeli interior minister who temporarily halted Bnei Menashe immigration a decade ago. “They don’t have any connection to Judaism.”

The Bnei Menashe are hardly the first group to make claims of ancient Jewish ancestry in a bid to gain Israeli citizenship. The Falash Mura, Ethiopians who claimed to be descendants of Jews who converted to Christianity more than a century ago, were brought to Israel starting in the early 2000s.

But unlike the Falash Mura, whose immigration, absorption and conversion to Judaism was largely organized and funded by the government and the Jewish Agency, the Bnei Menashe’s immigration has been wholly organized and financed by a private organization — Shavei Israel, a nonprofit that aims to bring groups with Jewish ancestry to Israel and reconnect them to Judaism.

Shavei founder Michael Freund, a conservative columnist and former aide to Prime Minister Benjamin Netanyahu, is almost singlehandedly responsible for bringing the Bnei Menashe to Israel. His organization has provided them with a Jewish education in India, taught them Orthodox Judaism in preparation for conversion and brought them to Israel — all on Shavei’s dollar.

With an annual budget of approximately $1 million, the organization funds Jewish education and programming for what it calls “our lost brethren,” brings them on tours to Israel and, in some cases, manages their immigration.

“Many of them are looking for ways to reconnect, and it behooves us to reach out to them and facilitate that process,” said Freund. “It is a strategic opportunity, and it is one that is not being exploited to the fullest.”

Freund sent teams of Jewish educators to Bnei Menashe communities in the Indian provinces of Manipur and Mizoram to teach Orthodox Jewish law and a right-wing narrative of Israeli history. Lhundgim said he was told that the West Bank, along with the entire land of Israel, belongs to the Jews.

Yirmiyahu Lhundgim, 62, David’s cousin, who immigrated to Kiryat Arba in 1999, says Amishav didn’t teach him to differentiate among the West Bank, Gaza and Israel.

“They said it was the land of Israel, so we would live anywhere,” he said. “We didn’t know anything about it.”

In 2002, author and translator Hillel Halkin wrote a book about the group called “Across the Sabbath River: In Search of a Lost Tribe of Israel.” He concluded that though the group may have had distant Jewish ancestry, none of their recent forebears were Jews.

“What is specious is the myth that these people in northeast India for generations lived Jewish lives,” Halkin told JTA. “They were animists. They were not monotheists and did not practice anything remotely resembling Judaism.”

In 2005, then Sephardic Chief Rabbi Shlomo Amar endorsed the Bnei Menashe’s claim to Jewish ancestry. Immigration resumed the following year, but the newcomers were settled in northern Israel rather than the West Bank.

“We wanted to make it clear that there was no hidden political agenda,” said Freund.

Freund claims that Shavei is apolitical, but some of its activities suggest it has a right-wing agenda. A 2012 trip of Poles of Jewish descent organized by Shavei visited the Tomb of the Patriarchs in Hebron, a mostly Arab city in the West Bank, and spent Shabbat in Mitzpeh Yericho, a settlement deep in the West Bank.

Freund says such tours are meant to show participants the land of Israel and Jewish historical sites. Settling early Bnei Menashe arrivals in Kiryat Arba was a practical rather than ideological decision; Freund wanted them in a religious environment, and Kiryat Arba was willing to accept them even though they had not yet formally converted.

If Freund’s objective is to make faithful Jews out of the Bnei Menashe, he may well be succeeding. David Lhundgim is a practicing Orthodox Jew who studies daily in a yeshiva. He has heard the doubts cast on the Bnei Menashe, but like the rockets that occasionally fall around him, they do not shake his faith.

“The whole goal was to come to Israel,” he said. “Every Jew needs to know that the essence is to return. A person who thinks that exile is OK has a mental disorder.”