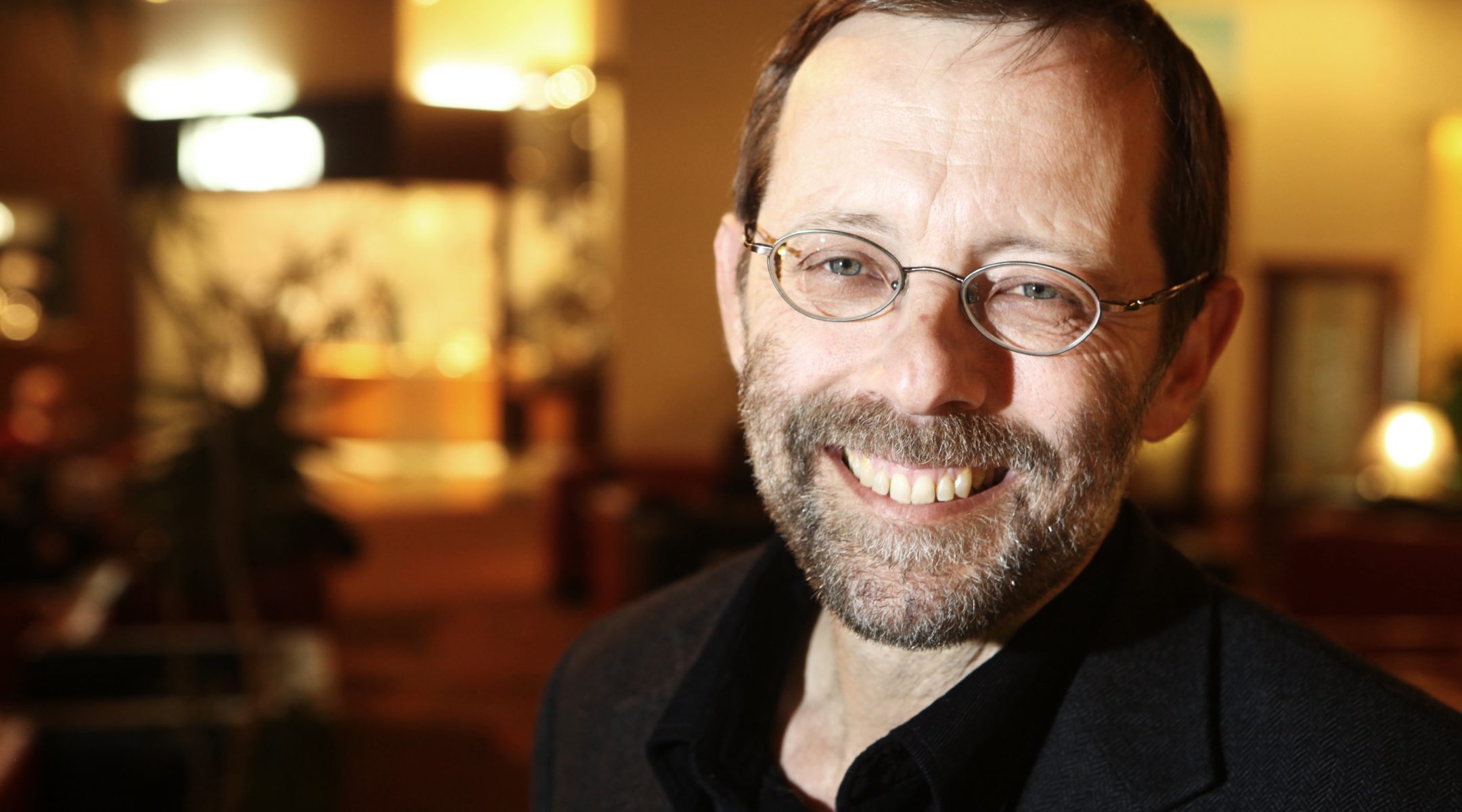 TEL AVIV (JTA) — On the bustling bourgeois avenue of Ibn Gvirol, beneath a portico and next to a high-end hair salon, it smells like college.

Aside from a small green sign, the clinic is unidentifiable, its one window blocked with a sheet and covered with chains. A single metal door is guarded by a man with a large knit yarmulke, ritual fringes and a holster hanging below his belt.

Behind the door is the main distribution center of Tikun Olam, Israel’s principal supplier of medical cannabis. Some 11,000 Israelis take the drug legally to treat ailments ranging from cancer to post-traumatic stress disorder. But activists say the approval process for marijuana prescriptions is cumbersome, requiring patients to appear before a committee on cannabis use to determine their eligibility.

“We believe that you need to expand access to it,” said Maayan Weisberg, Tikun Olam’s public relations director. “The government is taking a long time. Not everyone who needs it gets it.”

Leading the charge to change is an unlikely figure: Moshe Feiglin, a Knesset lawmaker from the Likud party.

Feiglin is best known for his aggressive advocacy on behalf of West Bank settlement and occasionally incendiary pronouncements that kept him off Likud’s Knesset slate for years and got him banned from entering the United Kingdom. His views were long deemed too extreme even for the right-wing base of Likud.

This year, following a strong showing in the Likud primaries, he won a seat in parliament for the first time.

But instead of kicking off his term with a call for increased settlement building or legal action to expand Jewish access to the Temple Mount in Jerusalem, Feiglin entered the Knesset with a proposal to broaden access to medical marijuana by allowing any family physician to prescribe it. Eventually he hopes to push for full legalization.

“I support freedom, especially when we’re talking about something less dangerous than cigarettes or alcohol,” Feiglin told JTA. “People can be healed, and [current laws] are denying that.”

Feiglin is among the more extreme members of the current Knesset. He has questioned why Israel’s non-Jewish citizens have any say in Israeli politics and called for stripping Israeli Arabs of certain rights. He is staunchly opposed to a Palestinian state.

However, he considers himself a libertarian, albeit one with a religious bent. His opposition to a plan to issue biometric identification cards to Israelis and his longtime support for unfettered Jewish settlement in the West Bank are, Feiglin says, of the same cloth as his support for marijuana use.

“The root of freedom is the belief in one God,” he said. “We worship him and therefore we can’t be enslaved to anyone else. An eternal nation doesn’t work against natural history, and our return to our land, to national sovereignty, means we’re connected forever.”

Feiglin’s push for legalization has landed him with some strange bedfellows. He considers Tamar Zandberg, another first-time lawmaker from the far-left Meretz party, one of his strongest allies on the issue. Labor Party Chairwoman Shelly Yachimovich also supports loosening restrictions on medical cannabis, though she opposes outright legalization.

“Feiglin and I don’t agree on almost anything,” Zandberg told JTA. “But on this we have a shared goal.”

Feiglin’s support for liberalizing the marijuana laws in Israel derives, in part, from personal considerations. His wife suffers from Parkinson’s disease and uses cannabis to alleviate her symptoms.

Not everyone who supports increased marijuana access backs full legalization. Hebrew University professor Raphael Mechoulam, a leading cannabis researcher, believes the drug should be decriminalized to prevent excessive arrests, but draws a line at full legalization.

“I wouldn’t want to be in a taxi or a plane where the driver is high,” Mechoulam said. “There’s a certain limit. You need the backing of the people. I’m not sure the people in Israel are ready and in favor of legalization.”

Feiglin also harbors reservations about full legalization, noting that he doesn’t want to turn Tel Aviv into Amsterdam on the Mediterranean.

“I don’t see Amsterdam as a bad thing,” he adds quickly. “There’s no chaos, there’s more freedom for citizens. [Legalization] didn’t upend the way of life.”

And though cannabis is consumed in his house due to his wife’s illness, Feiglin says that at least for now, he chooses not to inhale.

“I don’t take aspirin,” he said. “I don’t like putting things in my body. I like leaving the vessel of God as it is. But I would be happy to know that I could use it if I wanted to.”