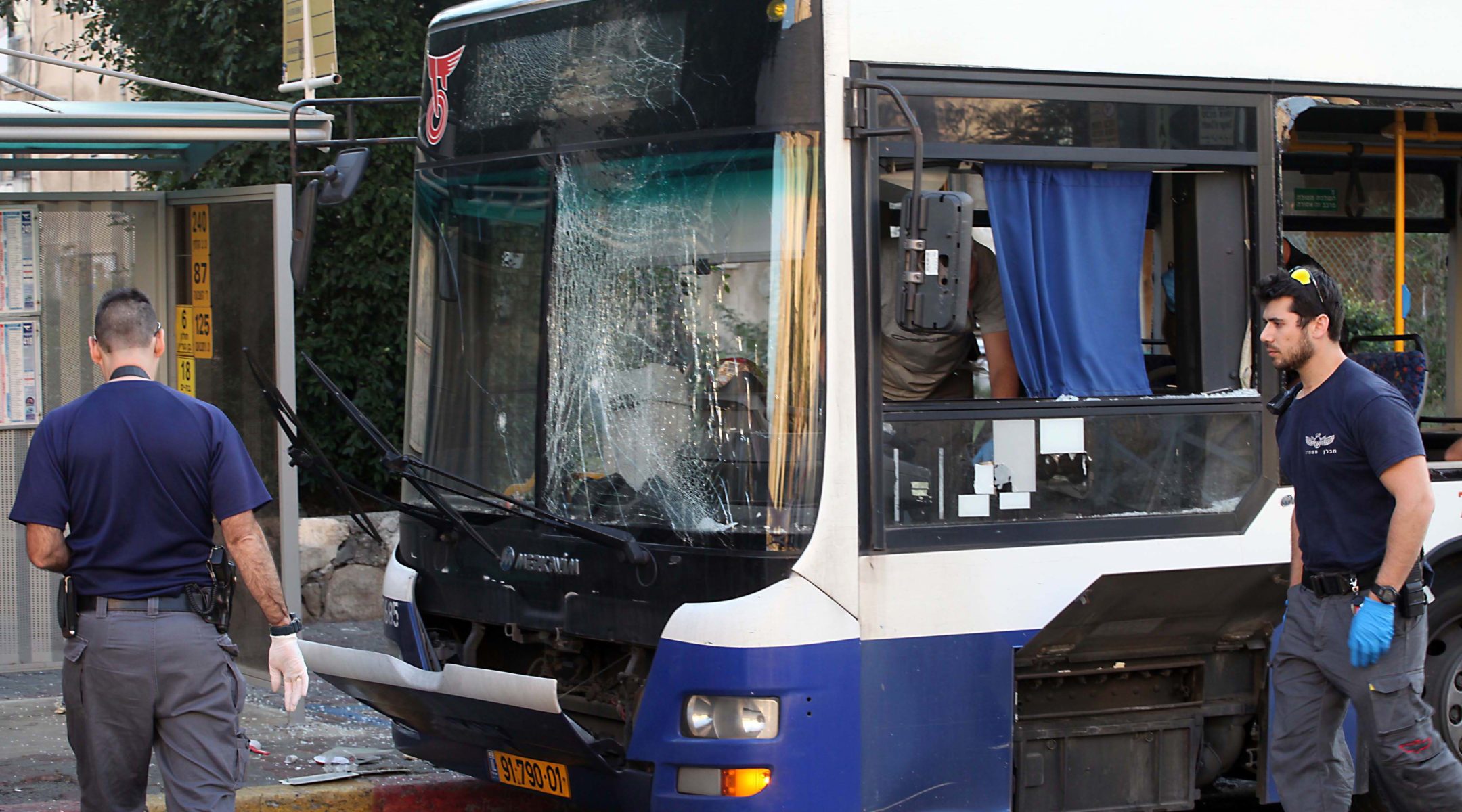 Israeli police and rescue personnel at the scene of an explosion on an evacuated passenger bus in Bat Yam on Dec. 22, 2013. The explosion occurred on the bus while the bomb squad was removing a suspicious object. (Gideon Markowicz/Flash 90)
Advertisement

(JTA) — The United States government “strongly” condemned the bombing of a bus near Tel Aviv.

All the passengers had been removed from the bus after a fellow passenger noticed the suspicious package that contained the bomb.

“We reaffirm our unshakable bond with Israel and our solidarity with the Israeli people,” the statement concluded.

It was the first bus bombing attack in Israel in slightly over a year. Police are considering the bombing a terrorist attack, according to reports.

Palestinian terror groups welcomed the attack, but none claimed responsibility.

No suspects have been apprehended. Israeli security forces were checking cars entering the West Bank.