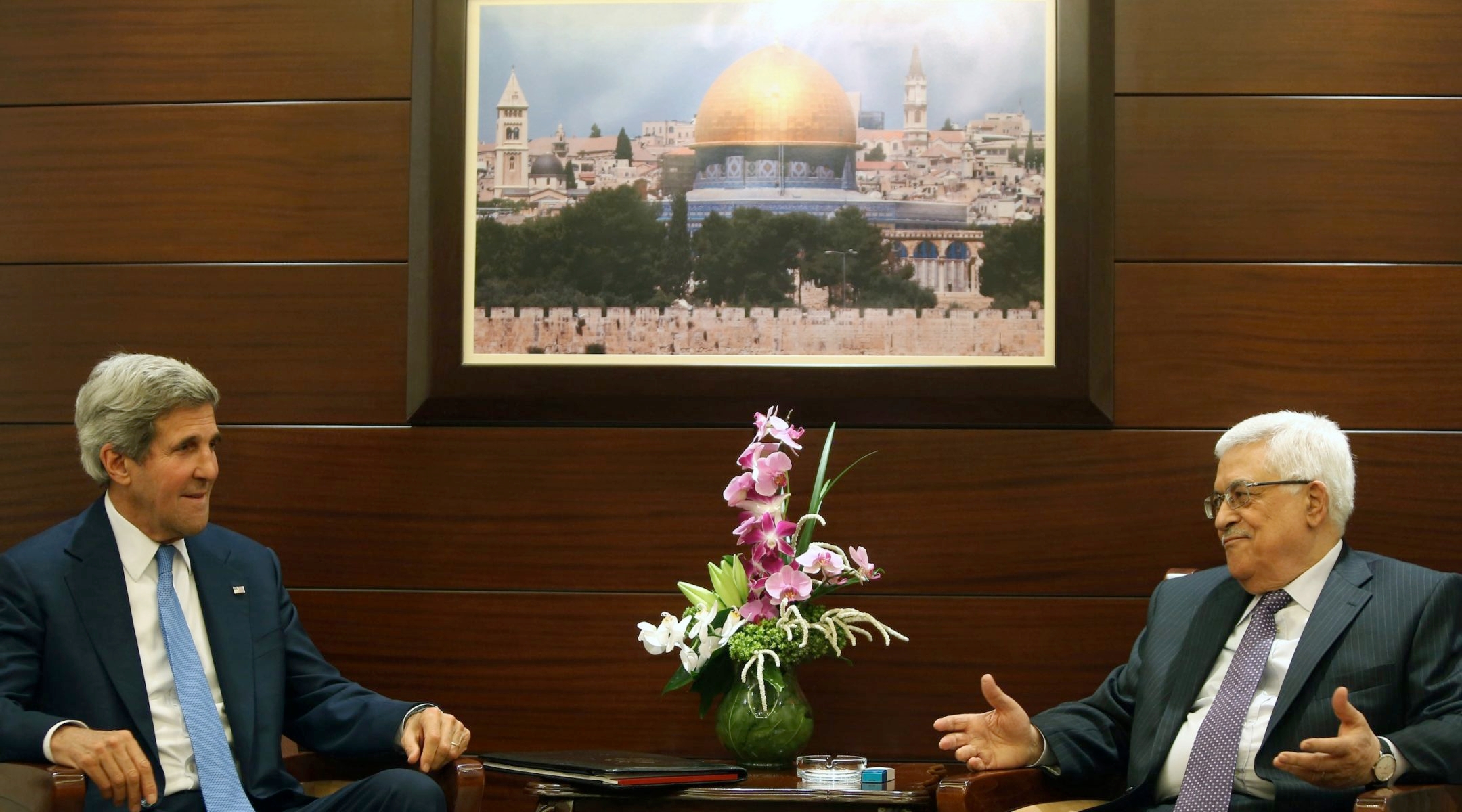 PHILADELPHIA (JTA) — In the past few weeks, Secretary of State John Kerry has come under attack from prominent Israelis as well as American friends of the Jewish state for some of the methods he has adopted in his determination to find a solution to the Middle East conflict.

Such criticism strikes the Obama administration, as well as many friends of Israel, as absurd. After all, what better favor could the United States do for Israel than to help it find the peace for which its people have hungered since the birth of their state?

But while Kerry’s defenders are right to scorn those who seek to question his motives, the way the secretary has tried to strong-arm Israel has neither enhanced the chances for peace nor strengthened Israel’s security. Though the quest for peace is, in principle, a noble endeavor, Kerry has set in motion a chain of events that is, in fact, strengthening those who seek to delegitimize and boycott Israel and may even increase the chances of a new round of Palestinian violence.

Kerry came into office last year determined to take up a challenge that his predecessor, Hillary Clinton, did her best to avoid. Clinton assessed the chances of peace between Israel and the Palestinians in the foreseeable future in the same manner as most foreign policy hands: slim to none.

With the Palestinians hopelessly split between the Fatah-ruled West Bank and Hamas-run Gaza, there seemed little leeway for Palestinian Authority leader Mahmoud Abbas to sign an agreement that would end the conflict. Since the Palestinians had already turned down offers of statehood in almost all of the West Bank, Gaza and a share of Jerusalem in 2000, 2001 and 2008, there seemed no reason for Israel to make further concessions only to be turned down yet a fourth time.

But Kerry was undaunted by these realities and set out to restart Israeli-Palestinian talks. Kerry has persuaded the sides to negotiate and may get both Abbas and the government of Prime Minister Benjamin Netanyahu to agree to a framework to extend the talks that were slated to last only nine months.

Kerry may even coax the Israelis to offer, as has been reported, the Palestinians a state in 90 percent of the West Bank plus territorial swaps of land inside the Jewish state. If so, he may be as close to cutting the Gordian Knot of Middle East peace as any of the Americans who have preceded him. Even if he fails, this would seem to be a praiseworthy endeavor. But those who care about Israel shouldn’t be cheering.

What Kerry has forgotten — or never knew in the first place — about the failures of his predecessors is that peace initiatives don’t occur in a vacuum. The dynamic of every negotiation to broker an end to the conflict is that in the eyes of international public opinion, progress is only measured in terms of Israeli concessions.

That means that rather than bolstering Israel’s image and support around the globe, every such effort — including Israel’s aforementioned three generous offers of Palestinian statehood, as well as the Gaza withdrawal — only served to make Israel even more unpopular. In the 20 years since the signing of the Oslo Accords, Israel has made concession after concession, and yet international efforts to delegitimize Zionism and support the boycott, divestment and sanctions movement aimed at the Jewish state have only grown.

Israelis well understand that the current Palestinian leadership is not likely to sign any deal that will recognize the legitimacy of a Jewish state no matter where its borders are drawn. Nor will the Palestinians renounce a “right of return” for the descendants of the 1948 refugees.

No matter what Kerry pressures Netanyahu into offering Abbas, the answer will probably be same one Ehud Barak and Ehud Olmert received: No. When that happens, expect the BDS campaign to redouble its efforts and for European nations to blame Israel regardless of the fact that, once again, Palestinian obstinacy will have ended the negotiations and not a lack of Israeli flexibility or generosity.

Even worse, by seeking to frighten the Israelis into concessions by speaking, as he did last fall, about the chances of a third intifada if the talks fail, and by, more recently, predicting an upsurge in boycotts if no peace deal is achieved — while failing to acknowledge Palestinian intransigence as a possible cause of any failure — Kerry has not only tilted the diplomatic playing field against the Jewish state. He has also signaled that if he fails, it will be Israel’s fault. While he may not have intended to encourage either violence or boycotts of Israel, that is exactly what he has done.

While Kerry entered this process thinking only of its success, an individual with less hubris and a clearer understanding of history would have known from the start that the costs of failure might be considerable. Israelis, who will pay the price for that failure, should be forgiven for thinking that Kerry deserves no thanks for his part in this sorry exercise in narcissism.