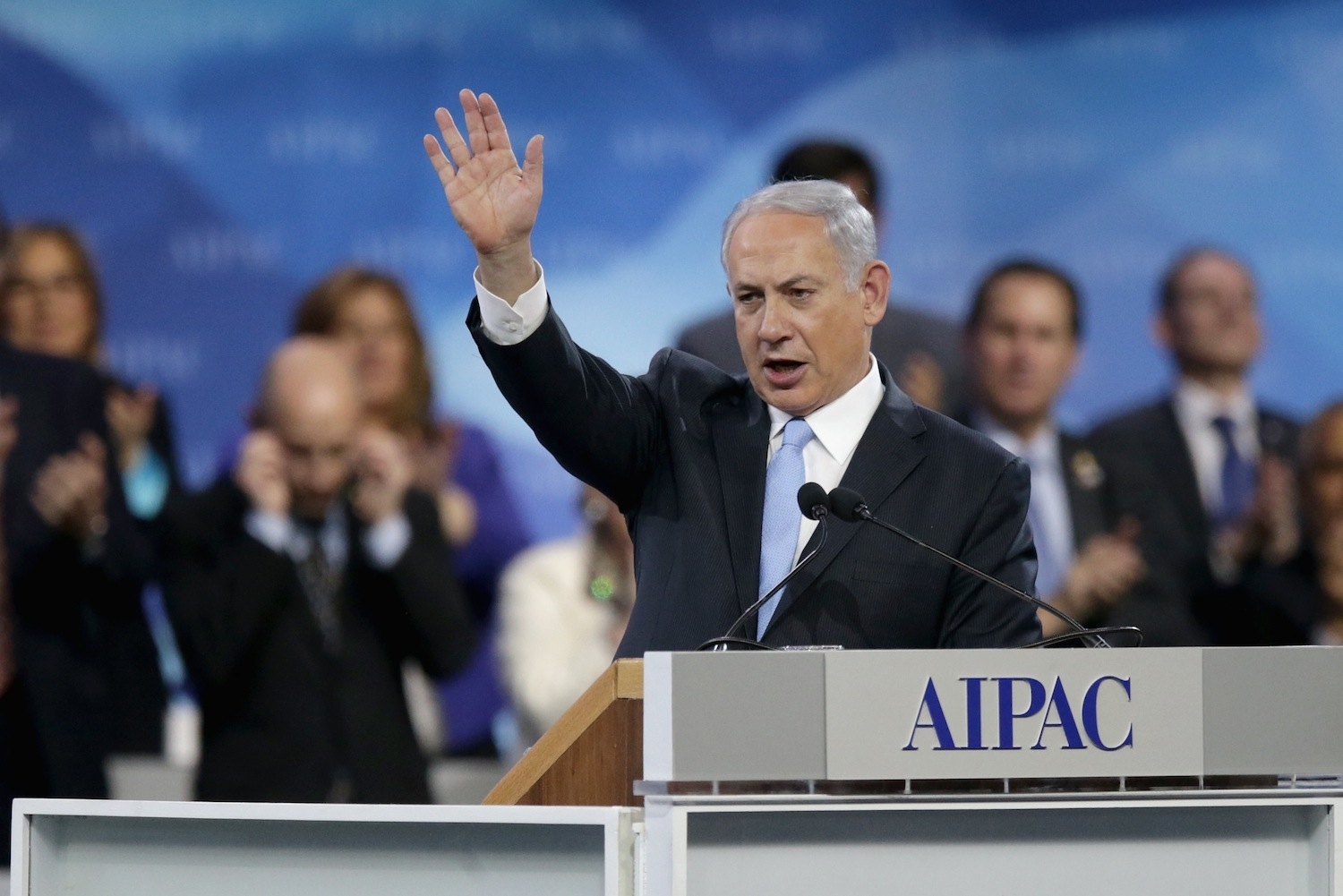 WASHINGTON (JTA) — Prime Minister Benjamin Netanyahu pledged to work for a “durable peace” with the Palestinians in the coming weeks and reiterated his refusal to accept a deal with Iran that included any uranium enrichment capacity.

Netanyahu, in his speech Tuesday morning to the American Israel Public Affairs Committee’s annual conference, embraced an optimistic vision of peace with the Palestinians as the key to broader regional stability.

“I’m prepared to make a historic peace with our Palestinian neighbors,” Netanyahu said.

Netanyahu repeated a number of his demands of a peace agreement, including Palestinian recognition of Israel as a Jewish state and a long-term Israeli military presence on the Jordan-West Bank border, but he suggested that a deal could come soon.

“As we work in the coming days, in the coming weeks, to forge a durable peace, I hope that the Palestinian leadership will stand with Israel and the United States on the right side of the moral divide, the side of peace, reconciliation and hope,” he said.

He paused, waiting for the AIPAC supporters to applaud this vision, and when they did not, he explicitly solicited their applause.

“You can clap — you want to encourage them to do that!” he said.

Obama, before meeting Netanyahu, had told Bloomberg News that he would impress upon him the need to embrace the framework agreement Kerry hopes to unveil soon, and in Netanyahu’s AIPAC speech, he appeared to do so.

The two leaders also discussed the nuclear talks between Iran and the major powers, and in this area, Netanyahu did not appear to budge from his insistence than any deal include a total dismantling of Iran’s nuclear capability, including an end to enrichment.

“The leading powers of the world are talking about leaving Iran with the capability to enrich uranium,” he said. “That would be a grave error.”

Obama and officials in his administration have indicated that leaving Iran with a limited enrichment capability is the likeliest outcome of the talks.

Netanyahu said that Israel could not accept such a status.

“We will never be brought to the brink of extinction again,” he said. “As prime minister of Israel, I will do whatever I must do to defend the Jewish state of Israel.”

Netanyahu also repeated his call for enhanced sanctions on Iran, something that Obama has rejected, saying they could scuttle the talks.

“You know how you get that agreement with Iran?” Netanyahu said. “Not by relieving pressure, but by adding pressure!”

A focus of Netanyahu’s speech was the boycott, divestment and sanctions movement targeting Israel, which he described as anti-Semitic.

“Those who wear the BDS label should be treated as we treat any anti-Semite and bigot — they should be exposed and condemned,” he said. “The boycotters should be boycotted!”