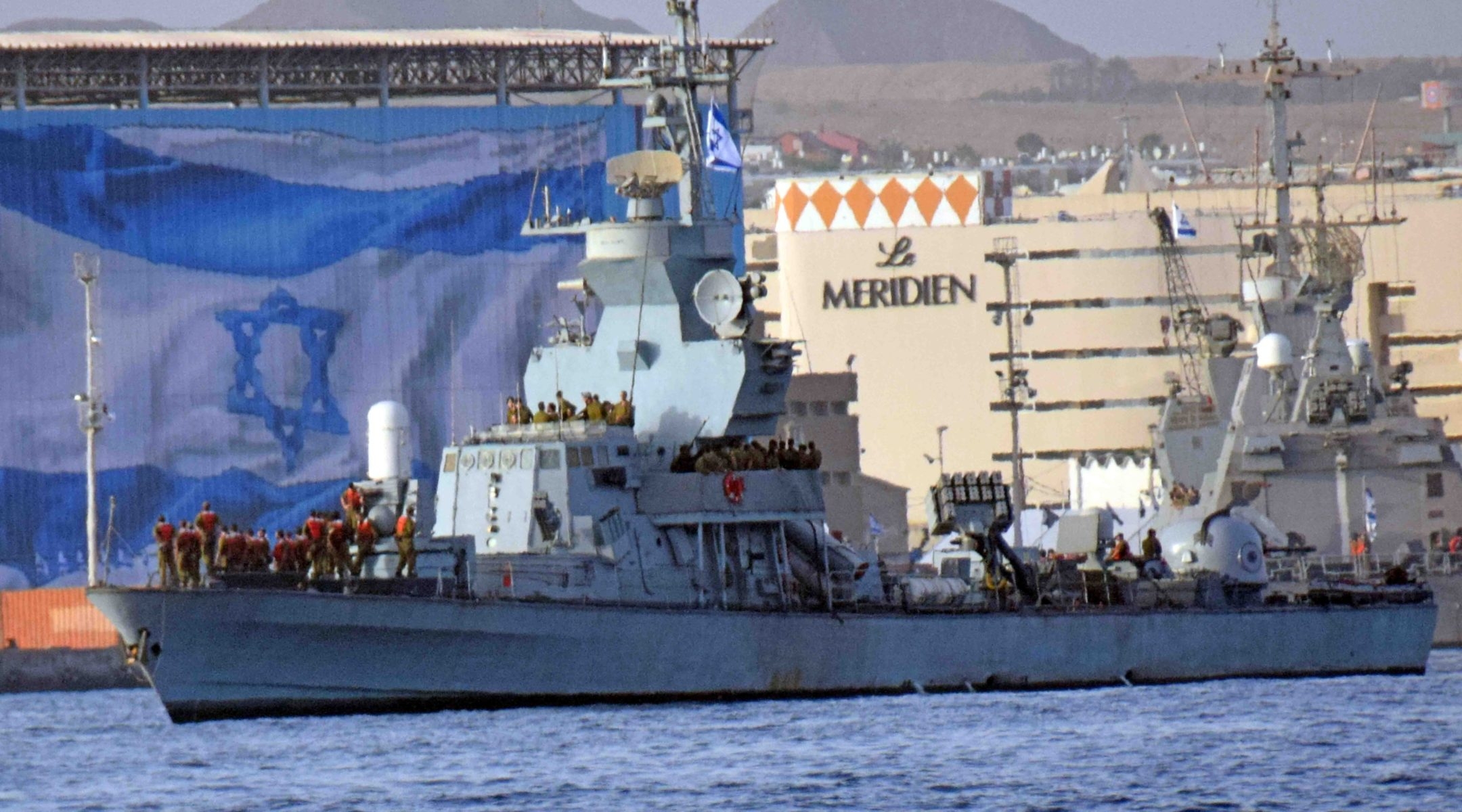 Israeli naval forces seen with the seized KLOS-C cargo ship as it enters the port in Eilat on Saturday. Israeli naval forces raided the ship, hundreds of miles from Israel, in the Red Sea, a few days earlier. (Yuda ben Yitach/ Flash90)
Advertisement

The civilian vessel the Klos C arrived in the Eilat port on Saturday afternoon escorted by Israeli naval vessels. It was hiding medium-range missiles capable of hitting major Israeli cities and other weapons amid commercial cargo.

“Each bullet and each rocket that was discovered had an Israeli address,” Lt.-Gen. Benjamin Gantz, chief of the General Staff, said in speaking Sunday to the Israeli sailors who took part in an operation dubbed “Full Disclosure.”

Israeli Prime Minister Benjamin Netanyahu addressed the capture of the ship at the beginning of the weekly Cabinet meeting on Sunday.

“The operation to seize the ship had two goals: Preventing the delivery of deadly weapons to terrorist organizations in the Gaza Strip, which would have directly endangered Israel’s citizens, and exposing the true face of Iran, which was behind this weapons shipment,” Netanyahu said. “Iran completely denies its involvement; it is lying in the most brazen manner. We will present evidence of this tomorrow and later.”

Iran has accused Israel of faking the raid.

Israeli forces uncovered dozens of advanced Syrian-made rockets hidden on board the cargo vessel registered in Panama during a brief search in the Red Sea last week. The weapons reportedly were loaded in Iran and were scheduled to be unloaded at a port in Sudan, from where they were to be driven on a truck through Egypt to Gaza.

“I would like to ask her if she asked her Iranian hosts about this shipment of weapons for terrorist organizations, and if not, why not,” he said. Nobody has the right to ignore the true and murderous actions of the regime in Tehran.”

Meanwhile, the Israel Defense Forces on Sunday deployed an Iron Dome anti-missile battery system in Eilat to protect the area following the docking of the Klos C there.