Putin’s Jewish embrace: Is it love or politics? 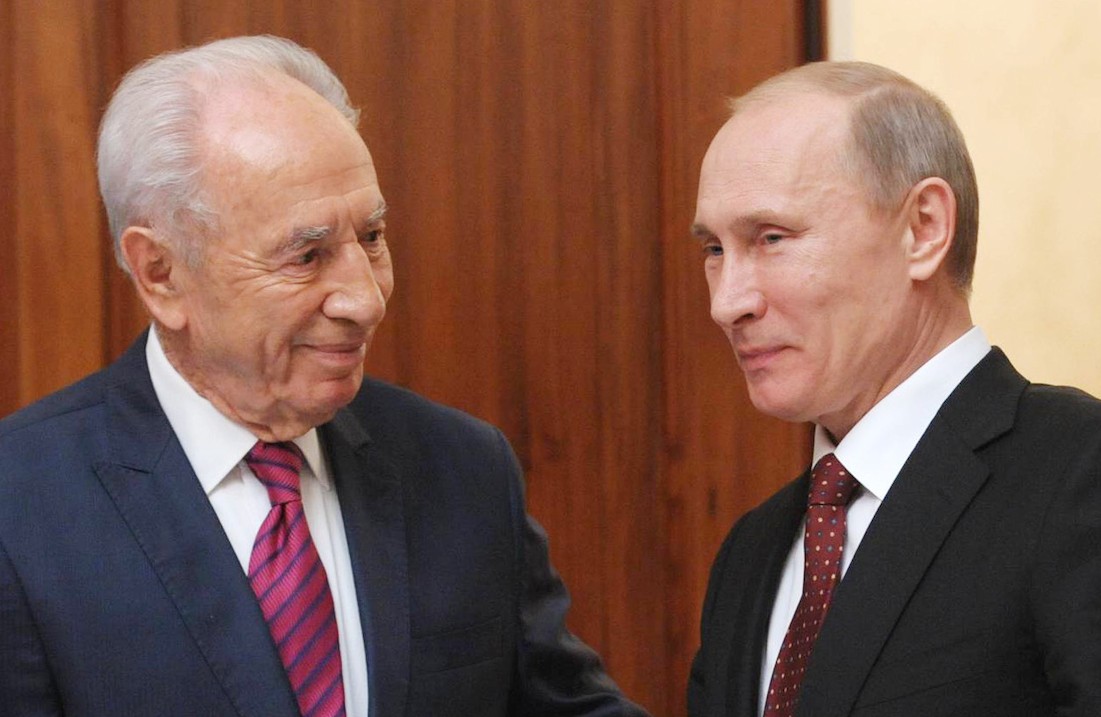 (JTA) — When even Russian policemen had to pass security checks to enter the Sochi Winter Olympics, Rabbi Berel Lazar was waved in without ever showing his ID.

Lazar, a Chabad-affiliated chief rabbi of Russia, was invited to the opening ceremony of the games last month by President Vladimir Putin’s office. But since the event was on Shabbat, Lazar initially declined the invitation, explaining he was prevented from carrying documents, among other religious restrictions.

So Putin ordered his staff to prepare an alternative entrance and security-free route just for the rabbi, according to one of Lazar’s top associates, Rabbi Boruch Gorin.

“It is unusual, but the security detail acted like kosher supervisors so Rabbi Lazar could attend,” Gorin said.

To him, the Sochi anecdote illustrates Putin’s positive attitude toward Russian Jewry — an attitude Gorin says is sincere, unprecedented in Russian history and hugely beneficial for Jewish life in the country.

Others, however, see more cynical motives behind Putin’s embrace of Russian Jewry.

“Putin has been facing international criticism for a long time now over human rights issues,” said Roman Bronfman, a former Israeli Knesset member who was born in the Soviet Union. “He needs a shield, and that’s the Jews. His warm relations with Russia’s so-called official Jews are instrumental.”

In recent weeks, Putin has positioned himself as a defender of Jews as part of his effort to discredit the revolution that ousted his ally, former Ukraine President Viktor Yanukovych. During a March 4 news conference, Putin called the anti-Yanukovych protesters “reactionary, nationalist and anti-Semitic forces.”

While right-wing Ukrainian factions — including some that have embraced anti-Semitic rhetoric in the past — played a prominent role in the opposition movement, Ukrainian Jewish leaders have sharply disputed Putin’s characterization and condemned Russian incursions into Crimea. Some individual Jews, however, have told JTA that they agree with Putin’s analysis and welcomed the intervention by Russia.

Few would dispute that Putin has been friendly to Jewish institutional life in Russia — especially to organizations and leaders that belong to the Chabad Hasidic movement.

Gorin, a Chabad rabbi and chairman of Moscow’s $50 million Jewish Museum and Tolerance Center, credits Putin personally for providing state funding for the institution, which opened in 2012. Putin also donated a month’s wages to the museum.

Putin’s relationship with the Jewish community is consistent with his larger strategy for governing Russia. His brand of Russian nationalism extends beyond just ethnic Russians to include the country’s many minorities. Putin has carefully cultivated relationships with Russia’s many subgroups and regions as a means of projecting his government’s authority.

Mikhail Chlenov, secretary general of the Euro-Asian Jewish Congress, says Putin’s pro-Jewish tendencies are part of the reason that anti-Semitic incidents are relatively rare in Russia. In 2013, the Russian Jewish Congress documented only 10 anti-Jewish attacks and acts of vandalism, compared to dozens in France.

Under Putin, harsh laws have led to a crackdown on ultranationalist groups that once had flourished in Russia. At the same time, anti-extremism legislation has been used as well to prosecute political protesters, including the punk rock collective Pussy Riot.

Some Russian Jews recoil at Putin’s authoritarian tendencies. Freedom of expression has been severely restricted and politically motivated prosecutions remain widespread under Putin, according to Amnesty International’s 2013 report on Russia.

“Putin may be good for Jews, but he’s bad for Russia,” said Michael Edelstein, a lecturer at Moscow State University and a journalist for the L’chaim Jewish newspaper.

Putin traces his earliest connection to Judaism back to his early childhood in Leningrad, now St. Petersburg, when he befriended a Jewish family that lived in his apartment block. In his 2000 autobiography, Putin wrote that the unnamed family loved him and that he used to seek its company.

“They were observant Jews who did not work on Saturdays and the man would study the Bible and Talmud all day long,” Putin wrote. “Once I even asked him what he was muttering. He explained to me what this book was and I was immediately interested.”

Another influential Jewish figure for Putin was his wrestling coach, Anatoly Rakhlin, who sparked the young Putin’s interest in sports and got him off the rough streets of Leningrad, where Putin would get into fights while his parents worked. At Rakhlin’s funeral last year, Putin, reportedly overcome by emotion, ditched his security detail and went on a short, solitary walk.

Bronfman calls Putin’s childhood accounts “a smokescreen” and likens them to the Russian leader’s friendly gestures toward Israel, which he last visited in 2012.

Putin, who already led Russia to sign a visa waiver program with Israel in 2008, said during his visit to Israel that he “would not let a million Russians live under threat,” referring sympathetically to the regional dangers facing Israel and its Russian-speaking immigrant population. But at the same time Russia has criticized European sanctions on Iran, a major Russian trading partner, and negotiated the sale of the advanced S-300 air defense system to Syria.

“It’s all pragmatic with Putin,” Bronfman said. “He says he regards the million Russian speakers living in Israel as a bridge connecting Russia to Israel, but when it comes to Russian interests in Syria or Iran, this friendship counts for very little.”

In Israel, Putin received a guided tour of the Western Wall from Lazar, who joined Putin’s entourage — vividly illustrating the president’s close ties to the Russian branch of the Chabad movement.

Shortly after taking office, the Putin government clashed with several prominent Jewish business moguls, including Vladimir Gusinsky and Boris Berezovsky, both of whom went into self-imposed exile.

“When he went after these oligarchs, Putin sensed that this could be interpreted as anti-Semitism,” Gitelman said. “He immediately, publicly, demonstratively and dramatically embraced Chabad.”

Chabad, meanwhile, has expanded throughout Russia.

“Chabad, with the help of Putin, is now the dominant religious expression of Judaism in a mostly nonreligious population,” Gitelman said.

Putin has not been shy about using his good relations with Chabad to his advantage.

Last year, he moved a collection of books known as the Schneerson Library into Gorin’s Jewish museum in an attempt to defuse a battle with the global Chabad movement.

Chabad’s New York-based leaders had demanded the library’s return, which had belonged to one of its previous grand rabbis, but Russia has refused to surrender it. The compromise was rejected by the Hasidic movement’s headquarters but defended by its Russian branch.

“Putin’s suggestion came as a surprise to us, and not a very pleasant one,” Gorin recalled. “We very much wanted to stay out of the dispute.” But, he added, “when the president of Russia makes a suggestion, it is usually accepted.”

Other Jewish groups, however, have had less cozy relations with the Putin government.

In 2005, Rabbi Pinchas Goldschmidt, the chief rabbi of Moscow, was suddenly denied entry into Russia for several weeks before he was allowed back into the country, where he has resided since 1989. No official explanation was given, but it was rumored that his banning was part of a power struggle that saw Chabad-affiliated rabbis emerge on top.

Goldschmidt declined to comment on his brief exile, saying “Google has the whole story.”

The preferential treatment of Chabad by Putin’s government “is creating a monolithic Jewish institutional life and preventing grass-roots development, which is the real key for Jewish rejuvenation,” said Michael Oshtrakh, a leader of the Jewish community of Yekaterinburg.