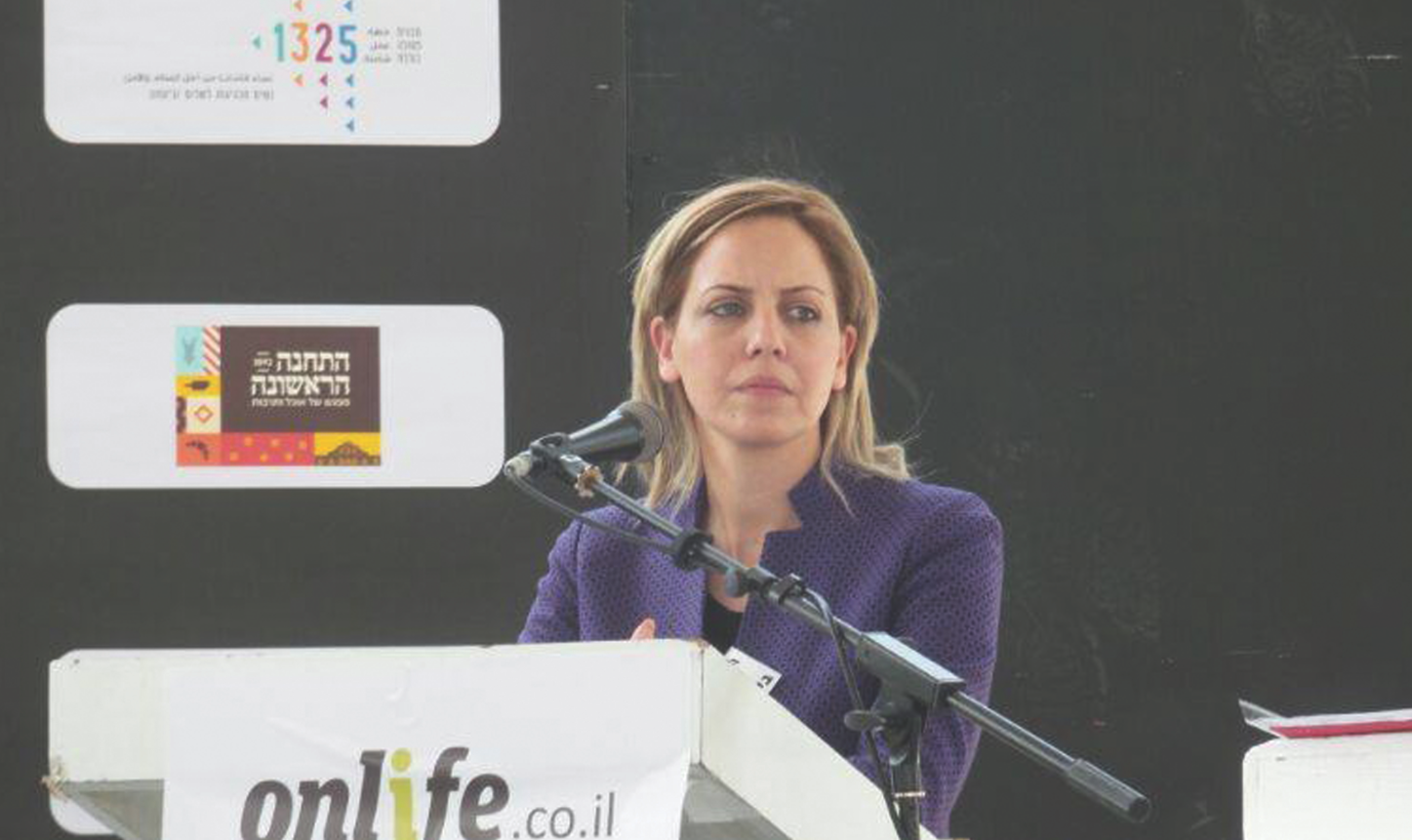 Ghada Zoabi, founder of Bokra, an Arabic Israeli news website, says the best way to improve the lives of Israeli Arabs is to make them better informed about their government's actions. (Courtesy of Bokra.net)
Advertisement

Arab-Israeli journalist Ghada Zoabi turned her focus to the media.

Though Israel has well-established protocols for civil defense that instruct civilians to head for reinforced shelters in advance of rocket attacks, 18 Israeli-Arabs died in the conflict, most of them while still in their homes.

Zoabi believed the deaths could have been prevented if Israel’s Arabic media had done a better job of informing the citizenry about what to do during wartime.

“The 18 Arabs were sacrifices of not knowing how to act in times of war,” the 37-year-old Nazareth resident told JTA. “Arabs who live in Israel need to be connected to what’s happening around them.”

Within months, Zoabi launched Bokra, an Israeli Arabic news site that has grown to employ a staff of 32. The site draws 850,000 unique visitors daily — 60 percent of them Arabs in Israel, the West Bank and Gaza, according to Bokra. The site covers everything from Israeli-Arab local government to discrimination against Arabs in the workplace. The site, which has its offices in this Galilee city, also catalogs proposed laws that it says target the Arab community.

Unlike other major Israeli Arabic publications, Bokra (“tomorrow,” in Arabic) is not connected to a political party nor to a print weekly. And unlike a range of smaller sites, Bokra aims to cover Israeli-Arab affairs nationally.

But the site’s mandate goes beyond merely chronicling events and providing analysis. Zoabi calls Bokra a “social initiative” that aims to advance the interests of Israeli-Arabs and increase their awareness of the injustices she says they suffer at the hands of Israel’s government and society.

Zoabi is eager to take stands on issues she sees as critical to Israeli-Arabs. If the traditional mandate of journalists is to comfort the afflicted and afflict the comfortable, Zoabi has a slightly different take: She wants to afflict the afflicted as well.

Though she has no problem admonishing Jewish Israeli leaders for neglecting or insulting Israel’s Arabs — a recent article accused Foreign Minister Avigdor Liberman of advocating “ethnic cleansing” — she also challenges Israeli-Arabs to take more responsibility for improving their standing.

When a wave of violence swept through Israeli-Arab communities two years ago, Bokra organized a petition and staged protests opposite local government offices urging police to crack down on crime in Arab towns. The site also cataloged incidents of violence based on police reports.

“When I started the site, I set the goal of raising awareness in education, health, economics,” Zoabi said. “What’s important is that we’d be a bridge that connects between institutions and the Arab community in Israel. There was a disconnect.”

Growing up in the port city of Haifa, Zoabi was a leader in a group called Jewish-Arab Youth Movement and later advised the mayor on promoting women’s rights. She began her journalism career at Kol Israel, Israel’s public radio station, and for four years hosted a weekly program on Israel’s Arabic language Channel One encouraging road safety.

Dressed sharply in a white blazer and black shirt, Zoabi looks like an Israeli business executive. And acts like one, too, checking her phone continuously as she talks. Next door to her office is a television studio with a panoramic photo of Nazareth, the backdrop for news anchors who produce daily video news reports for the site.

The site also aims to raise awareness of problems that Zoabi says are discussed too little in Israel’s Arab sector, such as encouraging women to screen for breast cancer and chronicling the difficulties facing disabled Arab-Israelis. She helped found Masira, an organization that provides programming for Arab-Israelis with disabilities, and manages its public relations without pay.

“The relationship between the Arab community and people with disabilities has improved greatly,” said Orly Shafir, a spokeswoman for the American Jewish Joint Distribution Committee, which co-founded Masira with Zoabi. ”She’s one of the leaders and Bokra is a leader. She’s an opinion maker in the Arab community.”

Shlomi Daskal, an Arabic media expert who has written for the Israel Democracy Institute and the Israeli media watchdog Seventh Eye, says Bokra is one of the most substantive Arabic publications in Israel and helps make up for the dearth of Arab-Israeli reporters in the mainstream Hebrew media.

“When you hear about Arabs in the media, it’s connected to the Israeli-Palestinian conflict or something criminal,” Daskal said. “The state of Arabic media in Israel is very bad. [Bokra] is trying very hard. It’s a tough fight. They try to be more professional.”

Israeli Arabic media expert Mustafa Kabha says Bokra is part of a larger “digital revolution” in the Arab-Israeli media that aims to make the community better informed about Israeli government actions. Israeli-Arabs are a disadvantaged minority, he says, and he sees no problem with Bokra’s occasional deviation from journalistic standards of objectivity.

“Bokra has investigations and a critical approach,” said Kabha, a professor at Israel’s Open University. “You can’t ask [objectivity] from a population that suffers exclusion and discrimination. These media need to aspire to get rid of exclusion.”