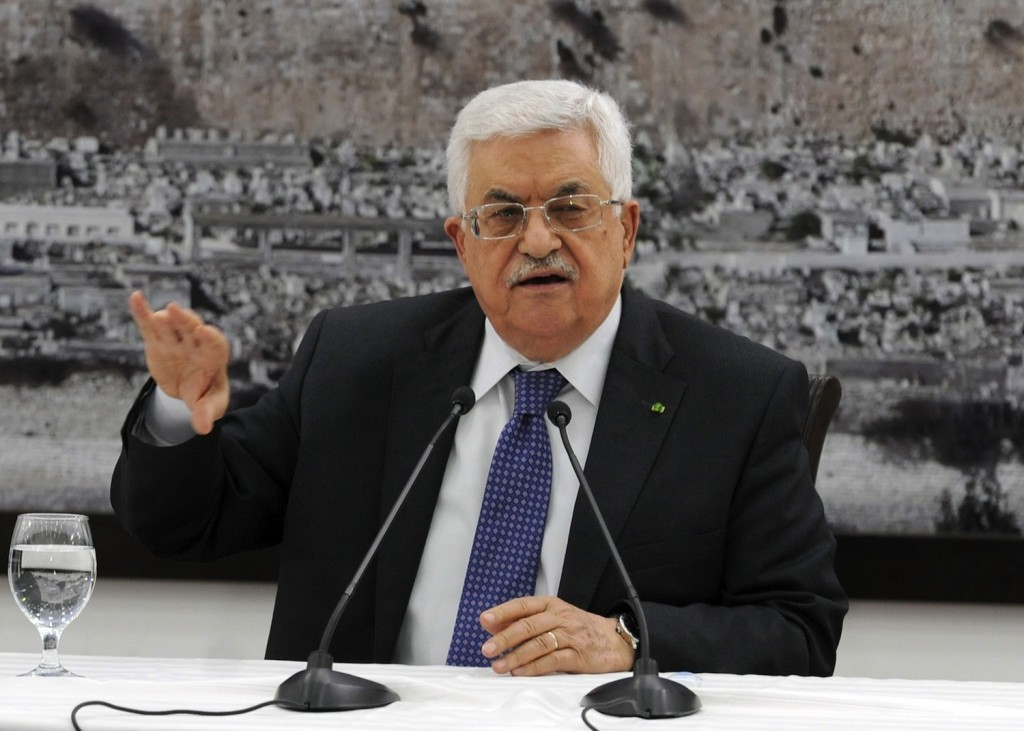 JERUSALEM (JTA) — Nine months of negotiations were supposed to propel Israelis and Palestinians into a future of peace. Instead, the collapse of talks is threatening to make the future look much like the past.

Israel’s decision last week to suspend negotiations — a day after the signing of a reconciliation between the Fatah faction of Palestinian Authority President Mahmoud Abbas and Hamas — has prompted both sides to resort to their old ways.

For the Palestinians, that means focusing on internal unity and a redoubled effort to win international recognition for statehood, particularly at the United Nations. For Israel, it’s a return to shunning the Palestinian political leadership.

“If the Palestinian Authority persists with efforts to reunite with Hamas, that is not only a game changer,” Michael Oren, Israel’s former ambassador to the United States, told JTA. “It is a game stopper.”

After weeks in which they teetered on the brink of failure, peace negotiations finally stalled April 23 when Fatah agreed to form a unified Palestinian government with Hamas, the ruling power in Gaza considered a terrorist organization by the United States, Israel and the European Union.

Israel responded to the reconciliation agreement as it had to earlier ones, declaring that it would not negotiate with Hamas and announcing economic sanctions against the Palestinian Authority. On April 24, Israel suspended the peace negotiations, five days before their initial nine-month term was set to expire.

“Instead of choosing peace, Abu Mazen formed an alliance with a murderous terrorist organization that calls for the destruction of Israel,” said Israeli Prime Minister Benjamin Netanyahu, referring to Abbas by his nom de guerre. “Whoever chooses the terrorism of Hamas does not want peace.”

Israel and the United States have called on Hamas to recognize Israel, commit to nonviolence and abide by previous Israeli-Palestinian agreements — three conditions that have guided negotiations for a decade. But on Sunday, Hamas officials vowed never to recognize Israel.

Palestinian officials nevertheless moved to downplay the significance of the unity accord on the peace process, noting that an interim government set to be formed in the coming weeks would be made up of technocrats, not political figures aligned with Fatah or Hamas. Munib al-Masri, a Palestinian industrialist who served as a Fatah delegate to the reconciliation talks, told JTA that Abbas would continue to manage negotiations should they go on.

“All parties will abide by President Abbas regarding the political agenda,” al-Masri said. “The most important thing is to have one voice for the Palestinians.”

Despite such hopes, Israel remains deeply wary of Hamas’ intentions. Naftali Bennett, chairman of the pro-settler Jewish Home party, said in a Facebook post that the P.A. has now become “the biggest terror group in the world” and vowed not to negotiate with murderers. Prior to the unity deal, Bennett had compared peace talks with Abbas to buying a car from someone who owns only half of it.

With prospects for a peace accord receding, several Israeli politicians urged the government to respond by unilaterally settings its own borders. Bennett has encouraged Netanyahu to annex all areas of the West Bank that contain Jewish settlements. Oren argued that Israel should withdraw to a frontier it sets, creating a de facto Palestinian state.

“What are the borders that give us the maximum amount of security and embrace the maximum number of Israelis?” Oren told JTA. “There are people on all sides of the Israeli political spectrum that have considered the necessity of taking our destiny into our own hands.”

Al-Masri said that absent direct negotiations, Abbas will turn again to various U.N. bodies for recognition, as he did in 2012 when the General Assembly accepted Palestine as a non-member observer state. Israeli analysts said such diplomatic pressure will have little impact on the ground.

“Their position in the U.N. doesn’t mean anything,” said Avraham Diskin, an emeritus professor of political science at Hebrew University. “Life is one thing and declarations are another.”

Given the failure of previous attempts at Palestinian unity, experts are doubtful that the latest pact will succeed, not least because Hamas likely will not agree to hand over its weaponry and soldiers to Fatah control.

“They’re talking about a technocracy so they won’t have to split the pie between them,” Mordechai Kedar, an expert on Islamist groups at Bar-Ilan University. “They can’t agree on anything.”

Netanyahu thus far has not responded to calls for unilateral action, but the collapse of negotiations means his governing coalition will hold for the moment. Jewish Home had threatened to leave had Netanyahu agreed to withdraw from much of the West Bank.

Meanwhile, analysts were not expecting another wave of violence. Palestinian security cooperation with Israel has helped curb Hamas’ influence in the West Bank, but it’s unclear whether such coordination will continue if Palestinian reconciliation becomes a reality.

Oren told JTA it was difficult to see how the Israel Defense Forces could continue to cooperate with the Palestinian Authority once the P.A. unites with Hamas.

“The cooperation is about fighting Hamas,” he said. “How can the IDF fight Hamas with Palestinian security forces who serve under a government that includes Hamas?”