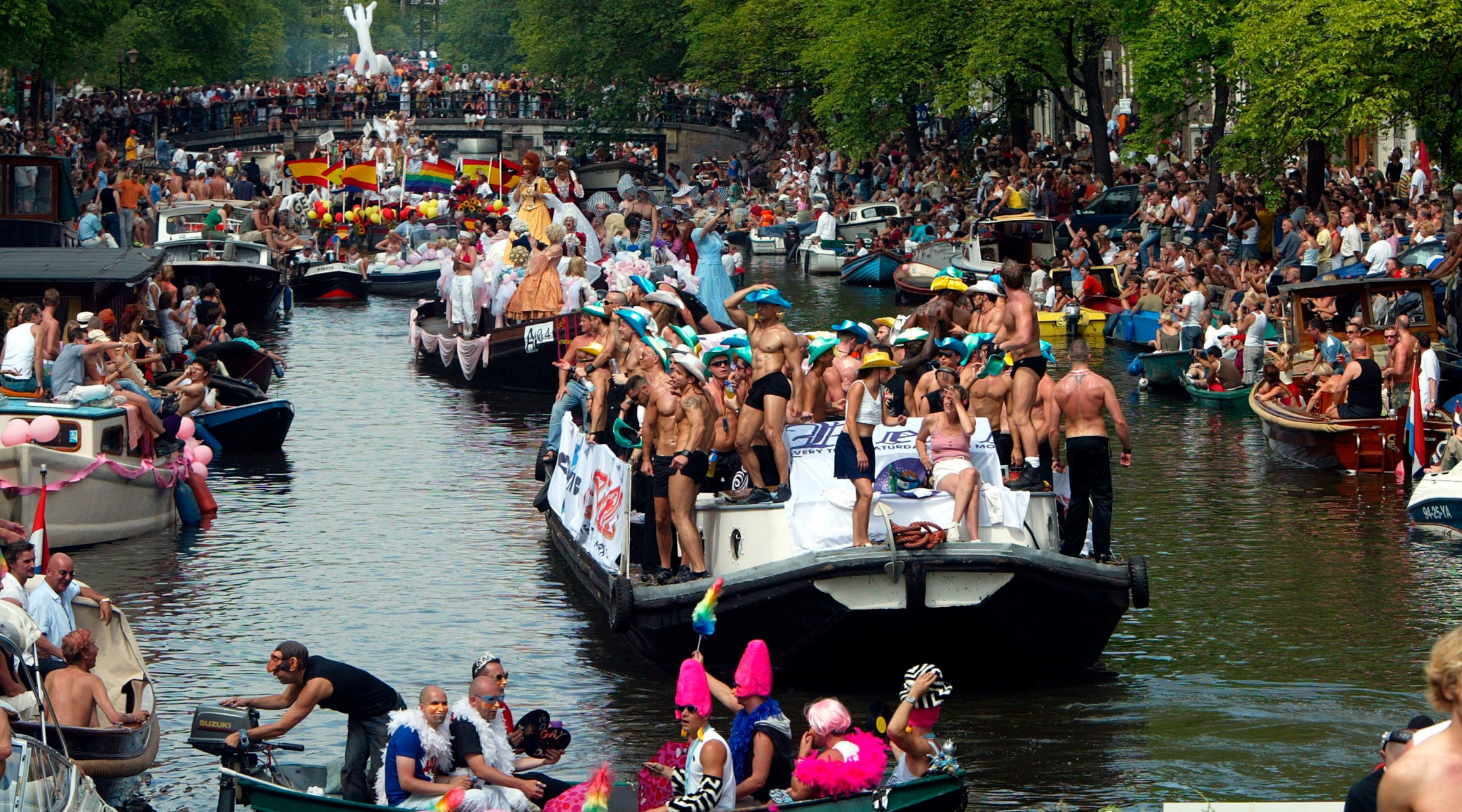 Its maiden voyage is months away and will only take a couple of hours, but the Jewish boat of Amsterdam’s annual gay parade-on-the-canals is already making international waves.

On Monday, the Jewish boat got the thumbs up from the British actor Stephen Fry, who described it on Twitter as an “Ace event for LGBT Jews worldwide,” adding: “As one of each I wish I could be there!”

The Jewish boat for the Amsterdam Pride Canal Parade 2014 is scheduled to hit the murky waters of Amsterdam’s Prinsengracht canal on Aug. 2. It was one of approximately 80 boats to win a March lottery ensuring its participation in the world-famous event, believed to be the world’s only aquatic pride parade. Other winners included the first boat for Moroccan gays.

The 18-year-old annual event draws hundreds of thousands of spectators who huddle along the canal to watch the decorated, themed vessels chart a west-east course through one of the Dutch capital’s main waterways. The Jewish boat, and an international Jewish LGBT conference that immediately precedes it, are being organized by a group called Exodays, whose board is made up of several young Jewish activists.

Even before it officially entered the parade, the Jewish boat was making a splash in the local media. Several Dutch dailies led their coverage of the lottery with news of the Jewish boat’s candidacy. And it again made headlines in the Dutch media last month amid erroneous reports that the passenger list — which has not yet been made public — would include Onno Hoes, the Jewish, gay mayor of Maastricht and chairman of CIDI, the Dutch Jewish community’s main advocacy group focusing on Israel and anti-Semitism. Hoes congratulated the organizers on Twitter but said he would not be joining. The mere mention of Hoes, though, was interesting to Dutch journalists because the 52-year-old politician was already in the spotlight after a tabloid in December published photos of him with a younger man in the lobby of a Maastricht hotel. While it wasn’t news that Hoes is gay — he has been quite open about that — it was news that he had been unfaithful to his husband, the television celebrity Albert Verlinde.

While Hoes is not on the boat, passengers include feature sports journalist Barbara Barend — another Dutch Jewish gay celebrity, who is a member of the CIDI board.