Op-Ed: Lag b’Omer with Jewish soldiers — at the pyramids 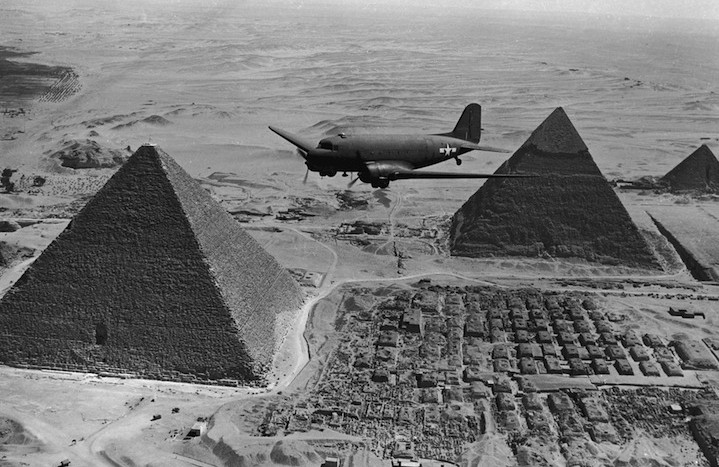 A U.S. Army transport plane flies over the pyramids in Egypt in 1943. (Keystone/Getty Images)
Advertisement 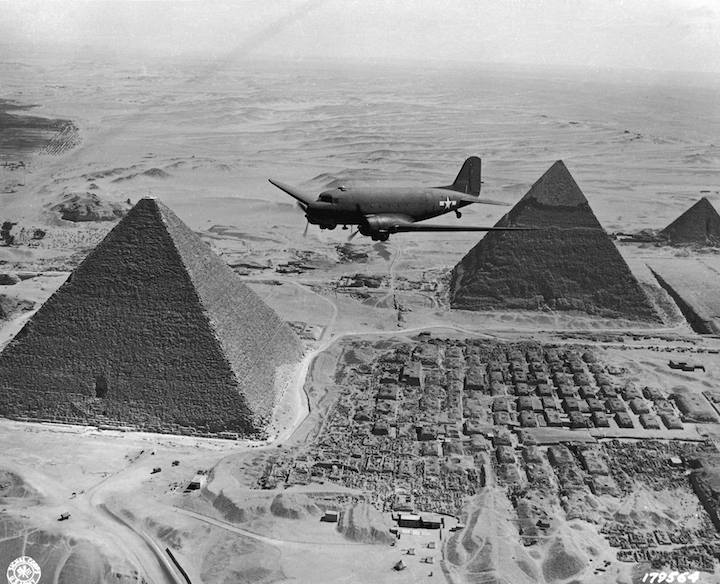 A U.S. Army transport plane flying over the pyramids in Egypt in 1943. (Keystone/Getty Images)

WASHINGTON (JTA) — On the outskirts of Cairo, on a blistering hot afternoon in May 1942, British Army chaplain Rabbi Louis Rabinowitz ordered the driver of his military transport truck to pull over for a group of uniformed women who were hitchhiking.

“We want to go as far as the pyramids,” one of the women explained.

“Her accent betrays that she is not English, and instantly I realize that they are the Jewish Palestinian A.T.S. [volunteers in the British armed forces], the first Jewish Amazons in history!” the rabbi recalled in his memoir. “With a grin, I lapse into Hebrew.” (Imagine the women’s surprise!)

“I shall be very glad indeed to take you,” the rabbi said.

It would be the most remarkable Lag b’Omer he would ever experience.

Thirty thousand Jewish men and 4,350 Jewish women from Mandatory Palestine volunteered to serve in the British Army during World War II. Although horrified by the British White Paper that cut off most Jewish immigration to the holy land, they were anxious to take part in the Allies’ war effort against the Nazis.

The women served in units known as the Palestine Auxiliary Territorial Service (A.T.S.) and some were assigned to British positions in Egypt where, along with their male comrades, they played important roles in bolstering the British fight to halt General Rommel’s advance across North Africa.

One of the most famous missions carried out by these Palestinian Jewish soldiers is described in the 1943 book “The Forgotten Ally,” by the renowned journalist (and Christian Zionist) Pierre van Paassen. Twenty soldiers who were German Jewish refugees donned German military uniforms and, with their flawless accents, managed to infiltrate Nazi lines in western Egypt. When their true identities were discovered, the saboteurs opened fire on the enemy and, according to the sole survivor, managed to kill more than 100 Germans.

The women hitchhikers for whom Rabinowitz stopped were on their way to meet up with comrades at the pyramids for a Lag b’Omer celebration. “The Galilean village of Meron [site of the most famous Lag b’Omer festivities] transported to Gizeh,” the rabbi marveled, “and Palestinian songs and dances in the shades of the Pyramids.”

They arrived to find dozens of young Jewish soldiers igniting a huge bonfire. “Round and round they danced the Horah with increasing enthusiasm and tempo,” the rabbi recalled. “‘Ben Yohai!,’ ‘El Yivne Hagalil!’, ‘Anu Olim Artzah!’ The flames throw the eager, laughing, joyous aces into vivid relief. From time to time, a figure would detach itself from the whirling circle, and with an ecstatic cry of triumph would leap high over the burning pile, to land safely and triumphantly on the other side.”

Standing there in the silhouette of the pyramids, Rabinowitz was moved to offer a dvar torah with a message that uniquely linked past to present:

“I spoke of Bar Kochba and of Rabbi Akiva, of his disciple, Rabbi Shimon Bar Yohai, who is so intimately connected with Lag b’Omer; of [Bar Kochba’s] war for Jewish independence; of the long and weary exile of the Jewish people; of the significant fact that from that time we had not until the present day seen Palestinian Jews enrolled and organized to fight for the freedom of humanity and their own future.”

But the connection to Pharaoh, builder of the pyramids, was even more significant, he said. Pharaoh, after all, had ordered the murder of all Jewish male babies for fear they would grow up to be soldiers who would turn against him; but he let the Jewish female babies live.

“What possible military value could there be in women?” the Egyptian ruler reasoned. Surely girls posed no threat of becoming Jewish fighters.

“And now, 4,000 years after,” Rabinowitz declared, “these Palestinian A.T.S. were showing, in no uncertain way, within sight of these Pyramids,” that they too could fight for the Jewish nation. These “Jewish Amazons,” as the rabbi proudly called them, were living proof of the failure of the enemies of the Jewish people.

“As I left them that evening,” he wrote, “my mind was filled with the vivid conviction — these mighty Pyramids will crumble to dust before the Jewish people will perish.”

(Rafael Medoff is director of the David S. Wyman Institute for Holocaust Studies.)