At a N.Y. museum, a window into JDC’s history 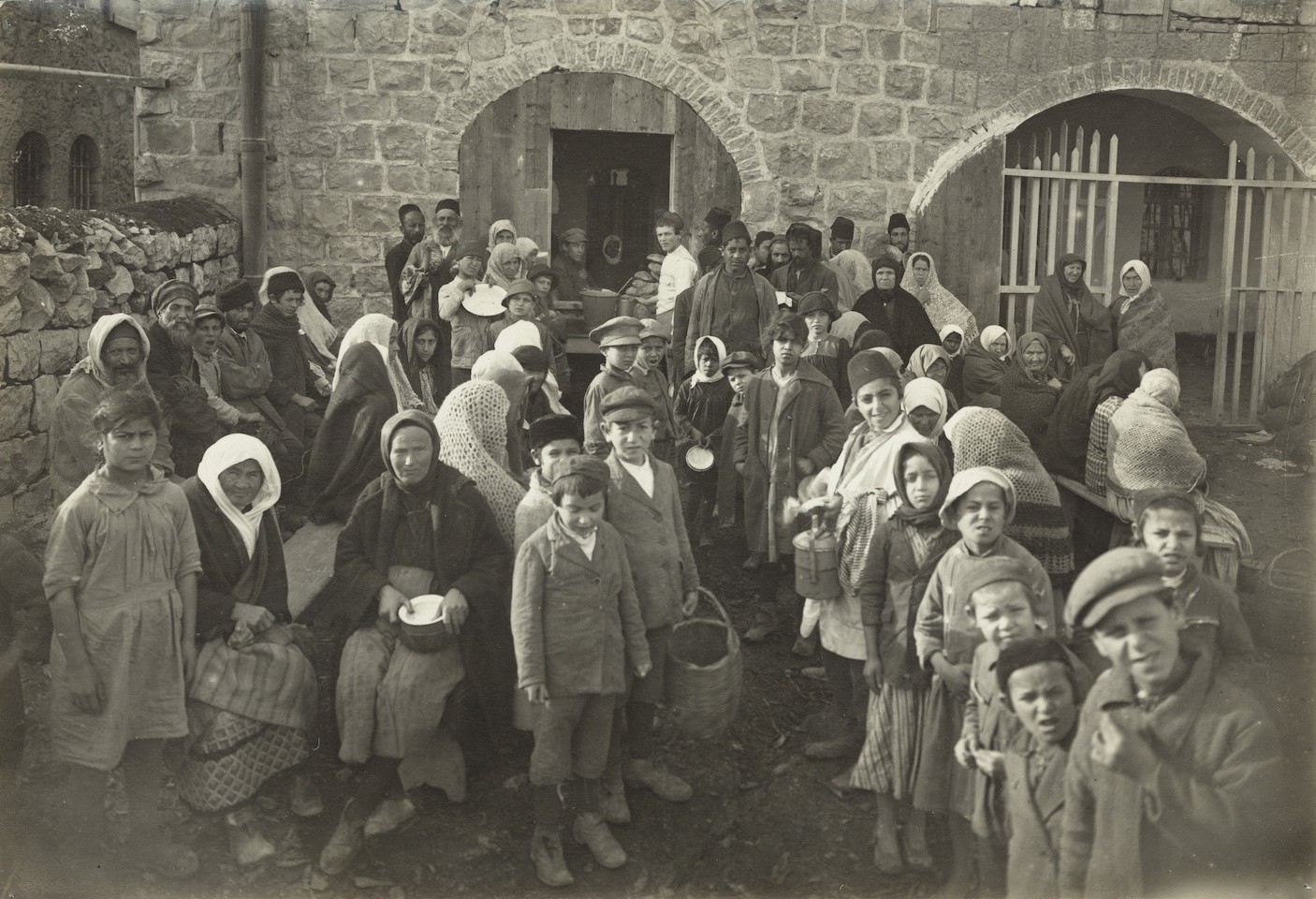 Jews wait for food outside the JDC-supported Dreyfus soup kitchen in Jerusalem in 1921. (Courtesy JDC)
Advertisement

The 1914 telegram that prompted the establishment of the Joint Distribution Committee. (JDC)

“Palestinian Jews facing terrible crisis.” Thus begins the Aug. 31, 1914 telegram (shown above) from Henry Morgenthau, the U.S. ambassador to the Ottoman Empire, to New York philanthropist Jacob Schiff, sent as the Jewish community in Ottoman-controlled, pre-state Palestine began to feel the effects of World War I. The letter prompted an outpouring of aid to Jews in the Holy Land – and the founding of the organization that eventually would be called the American Jewish Joint Distribution Committee.

The telegram is part of a treasure trove of artifacts, photographs, audio recordings and correspondence that are part of an exhibit at the New-York Historical Society celebrating the first 100 years of the JDC, also known as the Joint.

The exhibit, “‘I live. Send help.’: 100 years of the American Jewish Joint Distribution Committee,” which opened last week and runs through Sept. 21, brings to life the role the Joint has played not just in the lives of those it has helped, but also those in New York who championed the organization’s work overseas and helped raise funds at home.

I have been following with interest the progress of the campaign of the Joint Distribution Committee for the relief of the Jewish people in Poland and Russia, and have noted the generous response with which the appeal has met. From information which I have sought, the program for the distribution of this fund has been very carefully and wisely worked out.

In a matter of this kind, there ought to be no barriers of race and creed. Therefore, although my participation in the movement has not been solicited, I hope you will allow me to enclose herewith my check for $100,000. toward the fund, which I do with best wishes for the successful consummation of the campaign.

“This is who we are and who we have strived to be,” Alan Gill, the JDC’s CEO, said at an event on the eve of the exhibit’s opening. Citing the Jewish adages that guide JDC’s work, he quoted Hillel, the Jewish sage: “If I am not for myself, who am I? If I am only for myself, what am I?” He added, paraphrasing the Talmudic adage, “All Jews are responsible for – and with – one another.” 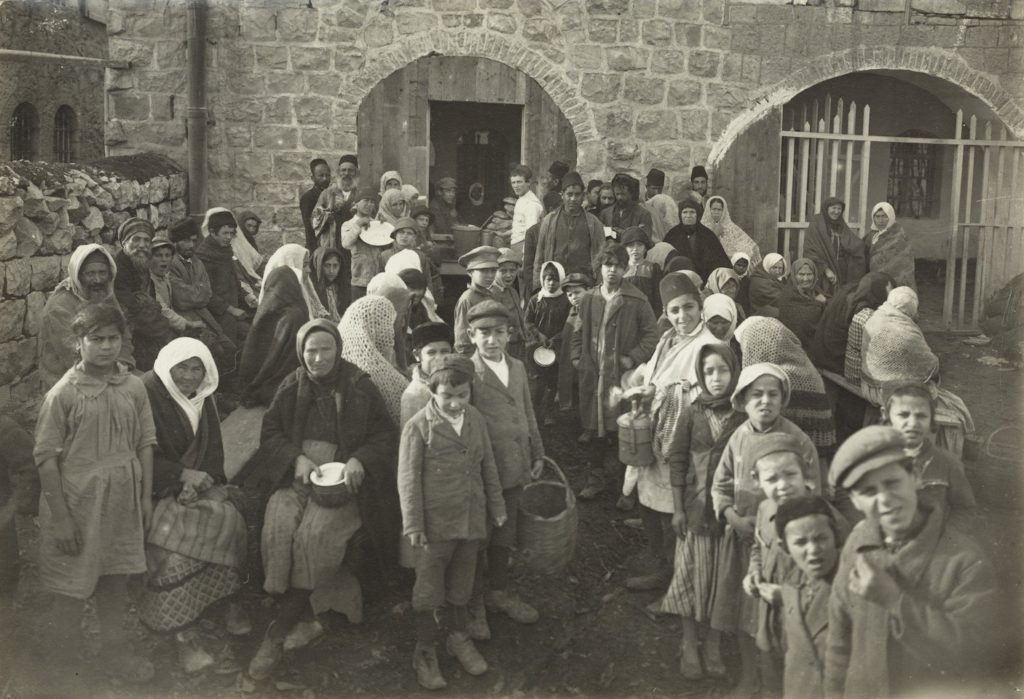 Jews wait for food outside the JDC-supported Dreyfus soup kitchen in Jerusalem in 1921. (Courtesy JDC)

Under the supervision of Linda Levi, the JDC’s director of Global Archives, JDC staffers began combing three years ago through more than three miles of documents and 100,000 photographs and artifacts in the organization’s archives in Queens to come up with the 100 or so articles included in the exhibition. A few additional items on exhibit came on loan from private individuals or other institutions.

Though the exhibit focuses on the JDC’s work overseas, curator Marilyn Satin Kushner of the New-York Historical Society says the organization is rooted in New York.

“We’re always looking for different ways to tell the history of New York,” Kushner told JTA. “JDC is very much a part of the fabric not only of the world but of New York City.”

Check out this recording, circa 1948, of entertainer Eddie Cantor promoting the Operation SOS “Stop Hunger” campaign on his radio program.