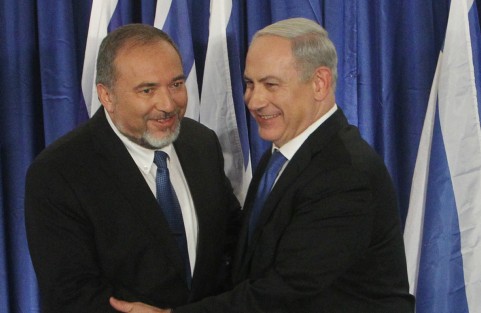 In the letter sent Wednesday, Liberman noted that prior to the launch of Operation Protective Edge late Monday night, terror groups in Gaza increased rocket fire on southern Israel to coincide with the kidnapping of three Israeli teens who were later found dead in a field near Gaza.

“Israel had shown great restraint prior to this operation,” Liberman wrote to foreign ministers in countries with which Israel has diplomatic relations. “Our intention was to restore the calm without a major military operation. However, Israel’s repeated efforts to achieve calm were met with increased rocket fire by what is becoming a Hamas terrorist state. Although we are not interested in escalation, we will do whatever is necessary to defend our citizens.”

Liberman pointed out that Hamas, which runs Gaza, has been labeled a terrorist organization by the United States, the European Union, Canada, Great Britain, Australia, Japan and Egypt.

Liberman said that Israel is “operating with utmost care to avoid civilian casualties.”

At the start of the third day of Protective Edge, the Palestinian death toll stood at 78, many civilians, including children, according to the Palestinian Maan news agency.

“Israel is focusing on targeting Hamas and other terrorist organizations, their operatives and infrastructure, and giving repeated warnings to civilians to vacate areas they are about to target, using pinpoint technologies to hit only the targeted infrastructure,” Liberman said.

Liberman was scheduled to meet with the ambassadors of foreign countries who are stationed in lsrael to discuss the operation.

“No country on earth would remain passive in the face of hundreds of rockets fired on its cities and Israel is no exception,” Netanyahu said.

“This operation could take time. We are resolved to defend our families and our homes.”

The statement noted that Israel had expanded its operation.