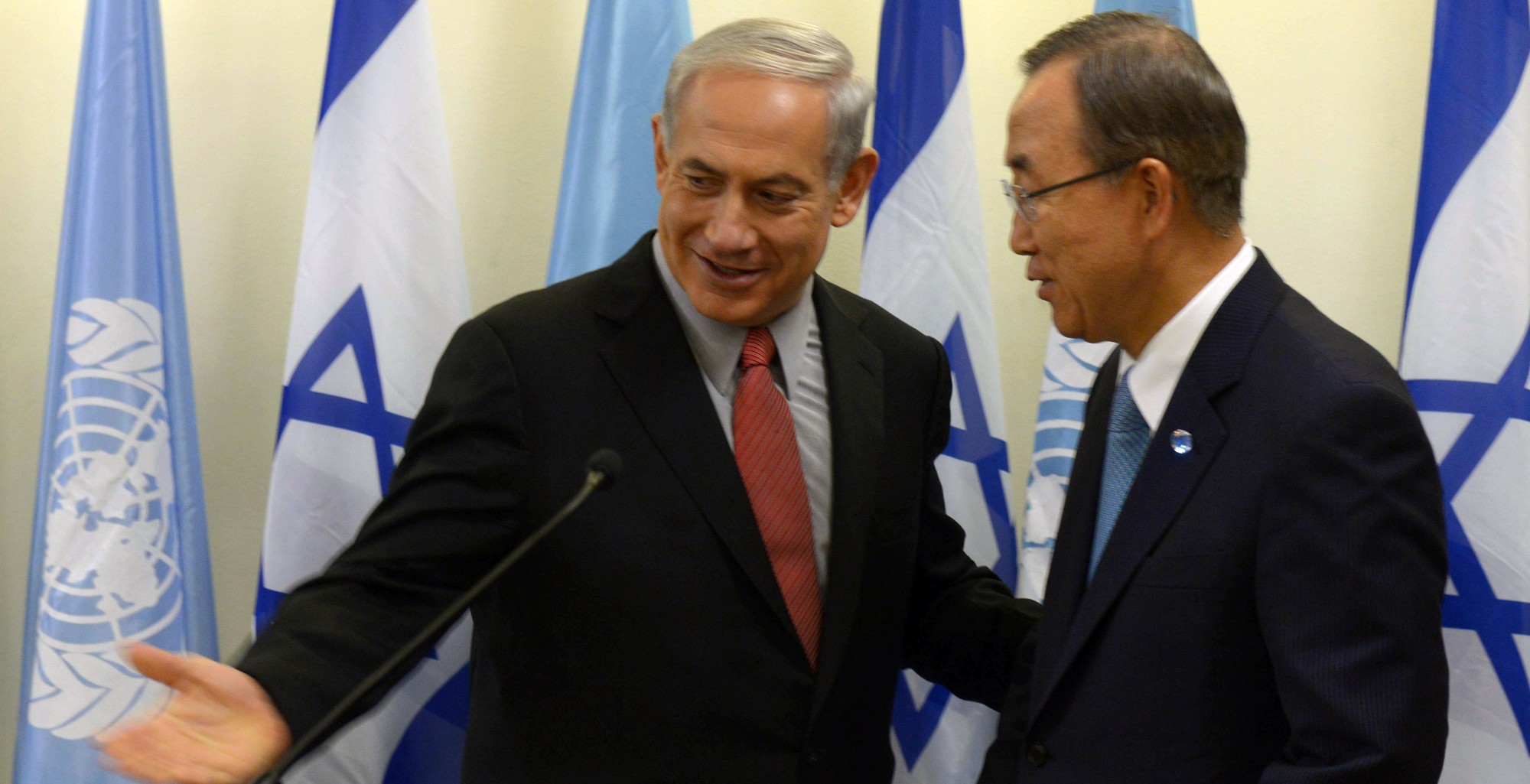 JERUSALEM (JTA) — Rockets were discovered in a second United Nations school in Gaza.

The school in which the rockets were discovered on Tuesday is located between two other United Nations Relief and Works Agency schools, that are currently serving as shelter for 1,500 internal Gazan refugees, UNRWA said in a statement.

“UNRWA strongly and unequivocally condemns the group or groups responsible for this flagrant violation of the inviolability of its premises under international law,” the statement said.

The agency, which said it would investigate the incident, said in the statement that it “is pursuing all possible measures for the removal of the objects in order to preserve the safety and security of the school.”

Also Tuesday, U.N. Secretary General Ban Ki-moon said in remarks with Israeli Prime Minister Benjamin Netanyahu in Tel Aviv, “My message to Israelis and Palestinians is the same: Stop fighting. Start talking. And take on the root causes of the conflict, so we are not back to the same situation in another six months or a year.”

The underlying causes, he said, “are mutual recognition, occupation, despair and the denial of dignity.”

Ban, who also visited Ramallah in the West Bank, called for an “immediate and unconditional cease-fire.”

The U.N. Office for the Coordination of Humanitarian Affairs said that Israel’s operation in Gaza so far has left over 500 people dead, the majority of them Palestinian civilians. More than 100,000 Palestinians, or 5 percent of the population of Gaza, have been displaced in the fighting. The Palestinian Maan news agency reported Tuesday that more than 600 Gazan Palestinians have been killed since the operation began on July 8.