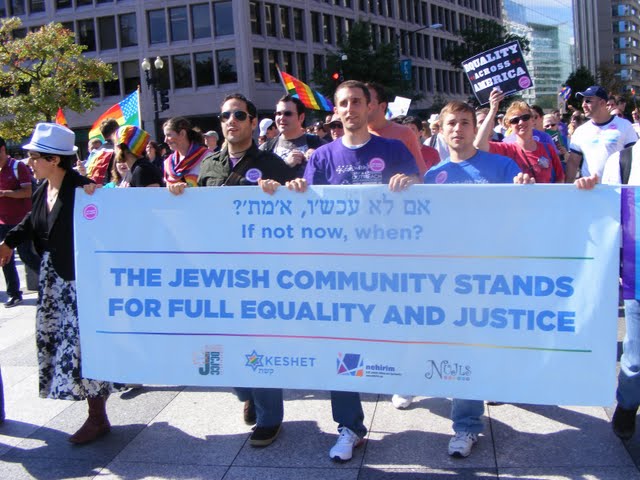 Jewish contingent displays solidarity with the LGBT community at the March for Equality in Washington, October 2009. (Courtesy of Keshet)
Advertisement

Obama signed two executive orders, one extending existing job protections for federal employees who are gay to employees of federal contractors, and another adding transgender employees to those deserving protections.

Praising the move this week were Bend the Arc, a social action group; the Anti-Defamation League; the National Council of Jewish Women; and the Religious Actions Center of the Reform movement. The orders were signed on July 18.

“The immediate impact of this executive order is that the many LGBT Americans who are part of the vast workforce of federal contractors no longer have to fear that they might be fired from their job because of who they are,” Stosh Cotler, Bend the Arc’s CEO, said in a statement. “There are still millions of LGBT Americans working in private industry with no protection from discrimination.”