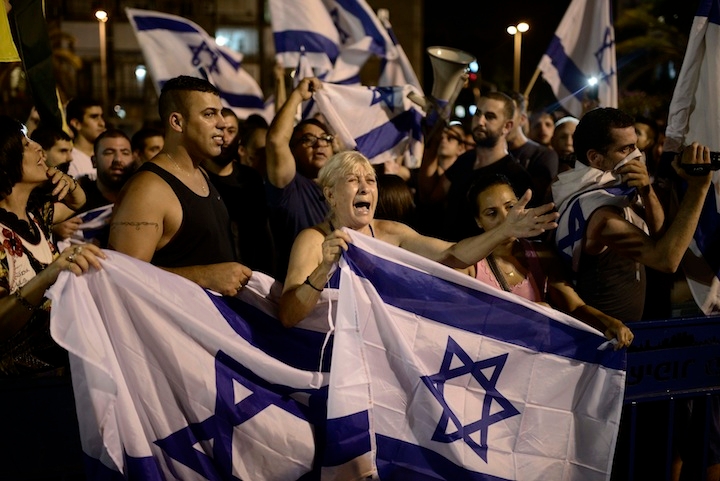 JERUSALEM (JTA) — As we approach Tisha b’Av, the State of Israel is at war. The day’s commemoration of sorrow and pain, and urgent calls for introspection and reflection, couldn’t be coming at a more needed time.

On Tisha b’Av we take upon ourselves the burden, and the grace, of our connection to all Jews past, present and future, in times of suffering, as in times of joy. Maintaining that solidarity isn’t easy, and it takes work, on Tisha b’Av itself, and the whole year through.

Jews love to argue, above all with one another. The higher the stakes, the higher the decibels, and at times, things can get ugly, and worse. This current war has fostered much consensus within Israel, but large arguments are not far beneath the surface, and outside Israel they are out in the open. Can we argue with one another and still remain whole?

From the Bible onward, death and destruction have been seen not only as challenges to overcome but as occasions for us to come to grips with our own flaws and responsibilities. The Second Temple, the rabbis of the Talmud famously said, was destroyed in 70 CE because of “sinat chinam,” literally free hatred, or hatred for no reason.

Rabbi Avraham Yitzhak Hacohen Kook (1865-1935), the first Ashkenazi chief rabbi of modern Palestine and the leading theologian of religious Zionism, famously said that the Temple will only be rebuilt through “ahavat chinam,” freely given love. But in light of current events, and the heated debates they have unleashed, it’s worth focusing on a different dimension of Rav Kook’s teachings — and that is how to fight with one another.

Today’s debates are ferocious, but so were the Jewish arguments of the last century.  Zionists, socialists, nationalists, Orthodox traditionalists, liberals and more argued intensely, often bitterly, over how best to secure Jewish physical and cultural survival. Kook, who made aliyah from Eastern Europe in 1904, found himself at the center of those debates and tried, with the aid of vast learning, theological daring and his own richly conciliatory personality, to find a way to forge some kind of peace while honoring the integrity of different positions.

In one of his reflections, he wrote, arrestingly, that three forces are at work within all people: “the holy, the nation, humanity.” The revolutionary changes of modern times have torn them apart, yielding, among Jews, three different, regularly antagonistic  currents — nationalism, liberalism and Orthodoxy.

All three have truth on their side, and must try to appreciate one another — not by wishing away disagreement but recognizing the integrity of each other’s positions: Nationalism’s rootedness in real love of one’s community, Orthodoxy’s rootedness in a flaming desire for God, liberalism’s rootedness in an ultimately divine perspective of all humanity as created in God’s image.

What synthesizes all three elements — religious commitment, national identity and ethical universalism — is, Kook continues, a sacred energy deriving from and driven by God.

Kook urges us to engage in a studied appreciation of our ideological opponents and the genuine values animating them, while also taking a genuine stand on behalf of the ideals in which we ourselves truly believe. He urges each one of us to recognize not only that our opponents are fellow human beings – and, in the context of intra-communal debates, fellow Jews — but also that they have a piece of the truth that may be unavailable to us. God and His truth are large, and He speaks as best He can in a tortured, fragmentary world.

Much has changed since Kook’s time: Party and ideological lines have shifted, and the Jewish people have been faced with crueler fates and more complicated dilemmas than he could have imagined, stemming both from ultimate victimhood and newfound power. But his ideas point toward a way of thinking, of arguing, passionately and heatedly, while keeping a sense of our ultimate solidarity alive.

There is one caveat: The ideological combatants with whom Rav Kook engaged were all, each in their way, passionately committed to Jewish survival, to the well being of other Jews, and were willing to live out their commitments and live with the consequences. When we urge our positions on our fellow Jews, that is the test we have to pass, the hard question we have to ask ourselves, on Tisha b’Av and every day.

(Yehudah Mirsky teaches at Brandeis University’s Schusterman Center for Israel Studies and is the author of the recently published “Rav Kook: Mystic in a Time of Revolution.”)