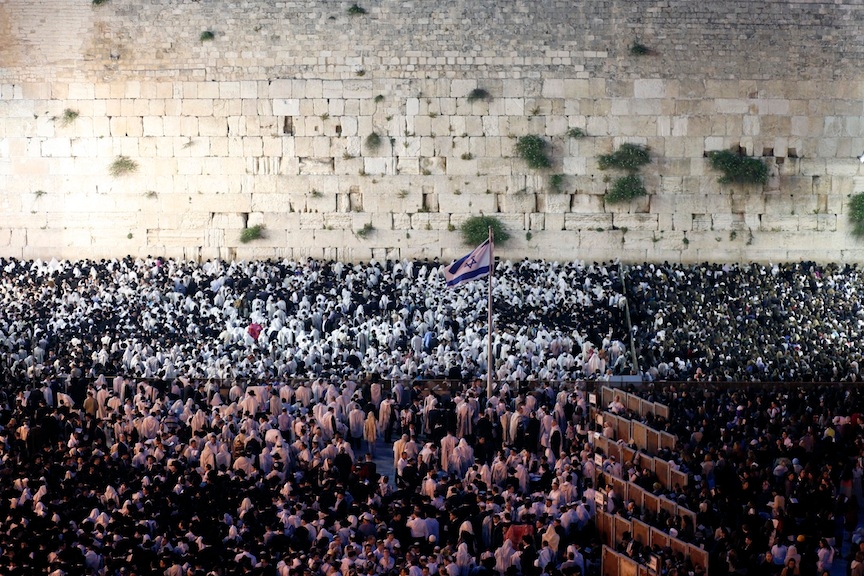 Thousands attend the blessing of the priests during the morning prayer on Shavuot, at the Western Walll in Jerusalem's Old City on May 15, 2013. (Sliman Khader/Flash 90)
Advertisement

JERUSALEM (JTA) — A Jewish woman who police said was dressed in blankets was shot in the leg by an officer at the entrance to the Western Wall area.

The woman did not stop at the security checkpoint at the holy site’s entrance on Wednesday evening when asked to by security guards, according to the Israel Police.

Police fired a warning shot into the air and, when she continued walking, fired at her legs.

She was later identified as being a member of a fringe haredi Orthodox Jewish sect often referred to as the “Jewish Taliban,” which is known for its extreme women’s modesty rules.

In keeping with the sect’s rules, the woman, 35, reportedly was dressed in layers of clothes and blankets, sometimes referred to as a “haredi burqa.”

She was treated on the scene by Magen David Adom and then taken to the hospital for further treatment.