Guard at checkpoint near Jerusalem stabbed in apparent terror attack 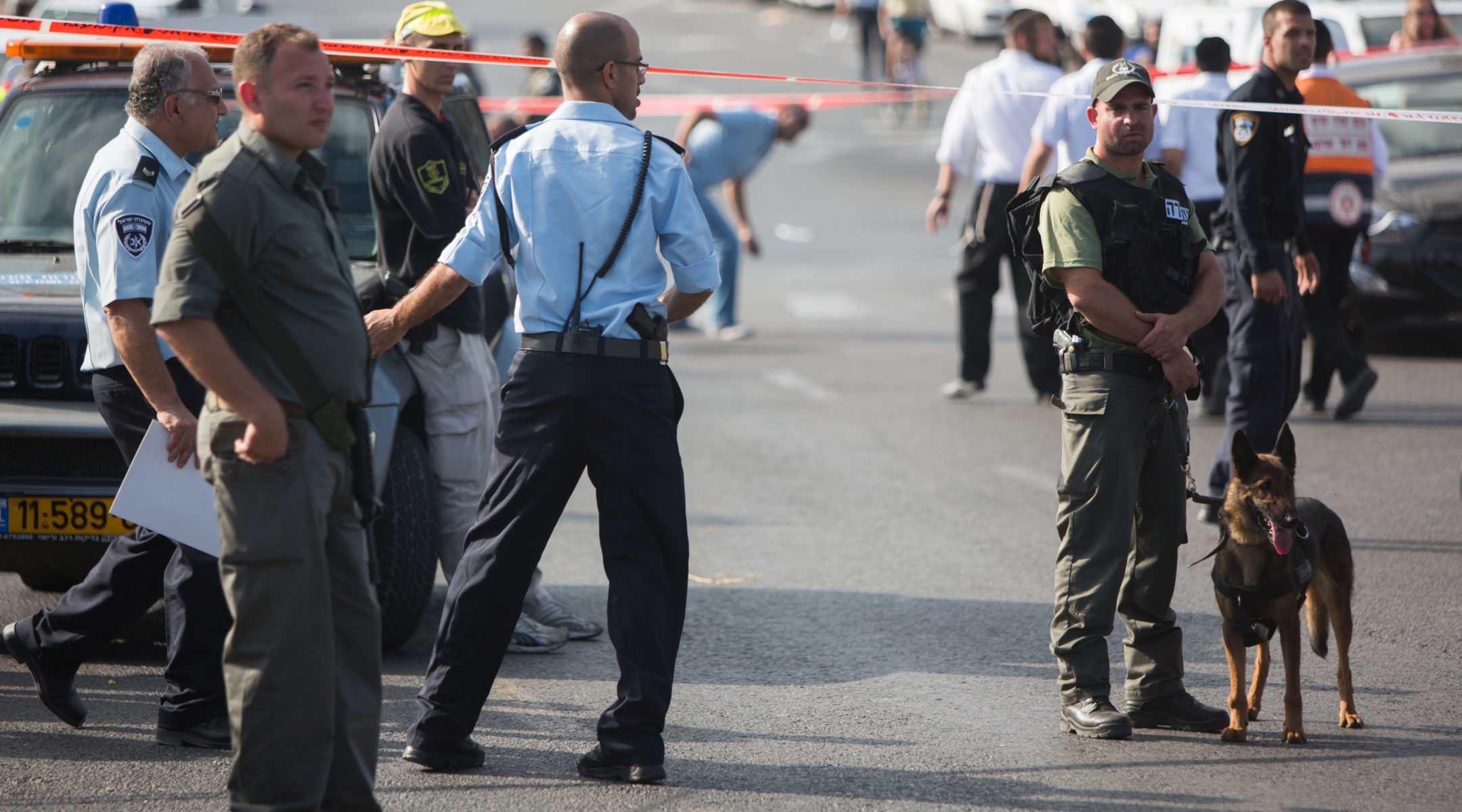 Security personnel at the scene where a gunman on a motorcycle opened fire on a hitchhiking station near Jerusalem's Hebrew University on Mount Scopus, Aug. 4, 2014. (Yonatan Sindel/Flash90)
Advertisement

JERUSALEM (JTA) — A guard at a security checkpoint outside Jerusalem was stabbed by a Palestinian assailant in a suspected terror attack.

The attacker fled toward the nearby Arab village of Kfar Azriya following the Tuesday afternoon stabbing near Maaleh Adumim. Police were searching for the assailant in the area. The guard shot at his attacker as he fled.

The guard is hospitalized in moderate condition, according to Israel Police.

The attack comes a day after two apparent terror attacks in Jerusalem in which one person was killed and another was seriously injured.