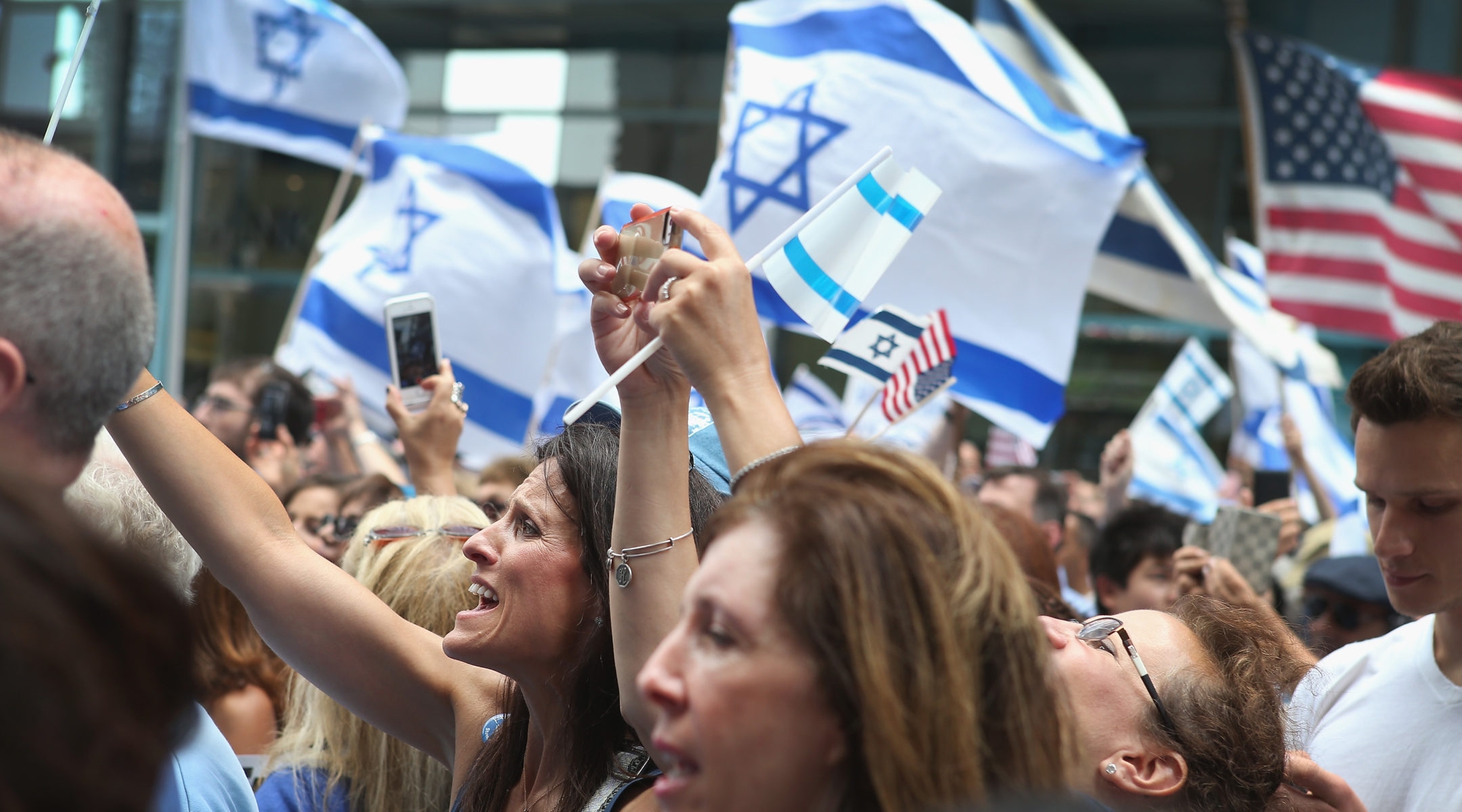 WASHINGTON (JTA) – If the results of a recent focus group and polls are any indication, the gap is growing between Congress and young Americans when it comes to support for Israel.

Polls conducted in late July by Gallup and the Pew Research Center found that support for Israel is weaker among younger Americans and Democrats than among Americans generally. Add to that the results of a recent focus group culled from 12 congressional staffers — a small but very influential cohort — and pro-Israel activists are worried about the long-term sustainability of broad U.S. support for Israel in Congress.

Last Friday, a select group of Jewish institutions was sent a confidential summary of the staffers discussing the recent Gaza conflict. The tone of the summary, which was obtained by JTA, was one of alarm.

“Congress is supposed to be our fortress,” wrote authors Jennifer Laszlo Mizrahi and Meagan Buren, the founder and a former top aide, respectively, at The Israel Project. “While Israel faces Hamas tunnels, it appears that the negativity and lack of support among young people is tunneling its way into congressional offices, even while the congressmen and senators remain steadfast on the surface.” Mizrahi and Buren left The Israel Project in 2012.

Among the statements the dozen congressional staffers agreed on: “Israel attacked Gaza in a wild overreaction.” “It’s Groundhog Day every 18 months, perennial conflict, doesn’t seem like anyone wants peace anymore.” [The Israeli government is] “not peace loving.”

Several JTA interviews with staffers for pro-Israel lawmakers suggested that the Mizrahi report’s conclusion is on target.

“On the Hill and with some people with whom I have spoken who are robust Israel supporters, people are concerned if not angry,” one of the staffers, a Democrat, told JTA. All the staffers spoke to JTA on condition of anonymity to freely discuss the sensitive subject.

They cited a combination of factors alienating the once solid pro-Israel base among Democrats, including the distance from Israel’s era of crises in the 1960s and 1970s, anger at how the Netanyahu government has handled its relationship with the Obama administration, weariness of a decade of U.S. involvement in wars and the plain orneriness of younger people.

The Mizrahi report was distributed on the final day of a week of pro-Israel initiatives on Capitol Hill.

Late that day, 20 minutes short of 10 p.m. Friday, members of the U.S. House of Representatives headed to the floor for a roll call on $225 million in extra funding for Israel’s Iron Dome anti-missile system.

It was the end of the session, time to head home for the August recess. Last trains had gone, flights were missed, aides were busy booking Saturday travel, but few Congress members would dare miss a critical pro-Israel tally. The appropriation passed 395-8 at 10:03 p.m.

Earlier in the day, down the hall in the Senate, Democrats and Republicans set aside partisan differences and stripped away wish-list amendments from their own versions of the Iron Dome appropriation to pass it as a stand-alone. At the end of the day, the $225 million was seen as too critical to subject to the polarization that besets just about every other congressional initiative.

Meanwhile, the results of the Mizrahi focus group and recent polls suggested that support for Israel during the war was far weaker among younger Americans and Democrats.

In a Pew poll conducted July 24-27, 29 percent of adults aged 18-29 held Israel more responsible for the conflict and 21 percent blamed Hamas. Liberal Democrats were evenly divided, with 30 percent each assigning blame to Israel and Hamas.

For now, one Democratic staffer told JTA, the influence on Capitol Hill of AIPAC, the American Israel Public Affairs Committee, guarantees traditional levels of support for Israel in the foreseeable future.

“The way politics is played, you’re not going to see changes short and middle term,” the staffer said. “In the very long term, I fear you won’t have pro-Israel lawmakers as much as lawmakers who follow expedience.”

“We’ve seen for quite a while that young people and Democrats are less supportive than others,” Mellman said. “That doesn’t mean they’re anti-Israel. It means they’re less pro-Israel, less knowledgeable.”

Mellman said Democrats were likelier than Republicans to recoil at the images generated by the recent Gaza fighting.

“The threshold among Democrats for the use of military force is much higher,” he said. “That’s a function of general attitudes toward war, and what many Democrats think have been failed enterprises in Iraq and Afghanistan.”

AIPAC would not comment for this article but is aware of the vulnerability of the pro-Israel outlook among Democratic constituencies. Earlier this year, the organization hired from within its ranks Marilyn Rosenthal, a former deputy political director for the lobby, as its national director for progressive engagement.

AIPAC’s pitch to students is more apt to include pro-Israel students from traditionally black colleges, Obama voters and feminists, said a former senior Senate aide who is familiar with the lobby’s strategies.

“They know they have a problem; they’re working on it,” the former staffer said. “Go to their events for students and you’re likelier to see a female rabbi who identifies as progressive. You’ll see black pastors.”

A third Democratic staffer said pro-Israel groups had to quit their centrist comfort zone when it comes to both parties.

“It’s a huge mistake for the mainstream pro-Israel community to abandon outreach to progressive Democrats and, for that matter, libertarian Republicans,” the staffer said. “Those are the grassroots activists, and today’s grassroots activists are tomorrow’s candidates.”

The tensions between the Obama and Netanyahu governments have been counterproductive, a senior Democratic strategist added.

The congressional staffers interviewed by JTA talked about several ways to increase pro-Israel sentiment among their ranks, such as recruiting young leaders for trips to Israel. They also said it’s vital not to assume ideological identification with Israel just because Israel and the United States have shared values.

One staffer noted the effectiveness of Israeli U.S. Ambassador Ron Dermer’s practice during the war of beginning meetings with congressional staffers by displaying a phone app that sounds each time an incoming rocket alarm is sounded in Israel — and leaving it on for the duration of the meeting, during which it would sound several times.

“These are staffers that grew up in an anti-war climate and are not seeing the same threats the Israeli people do every day,” the staffer said. “Hearing the red alert on his phone, that really speaks to staffers and members.”