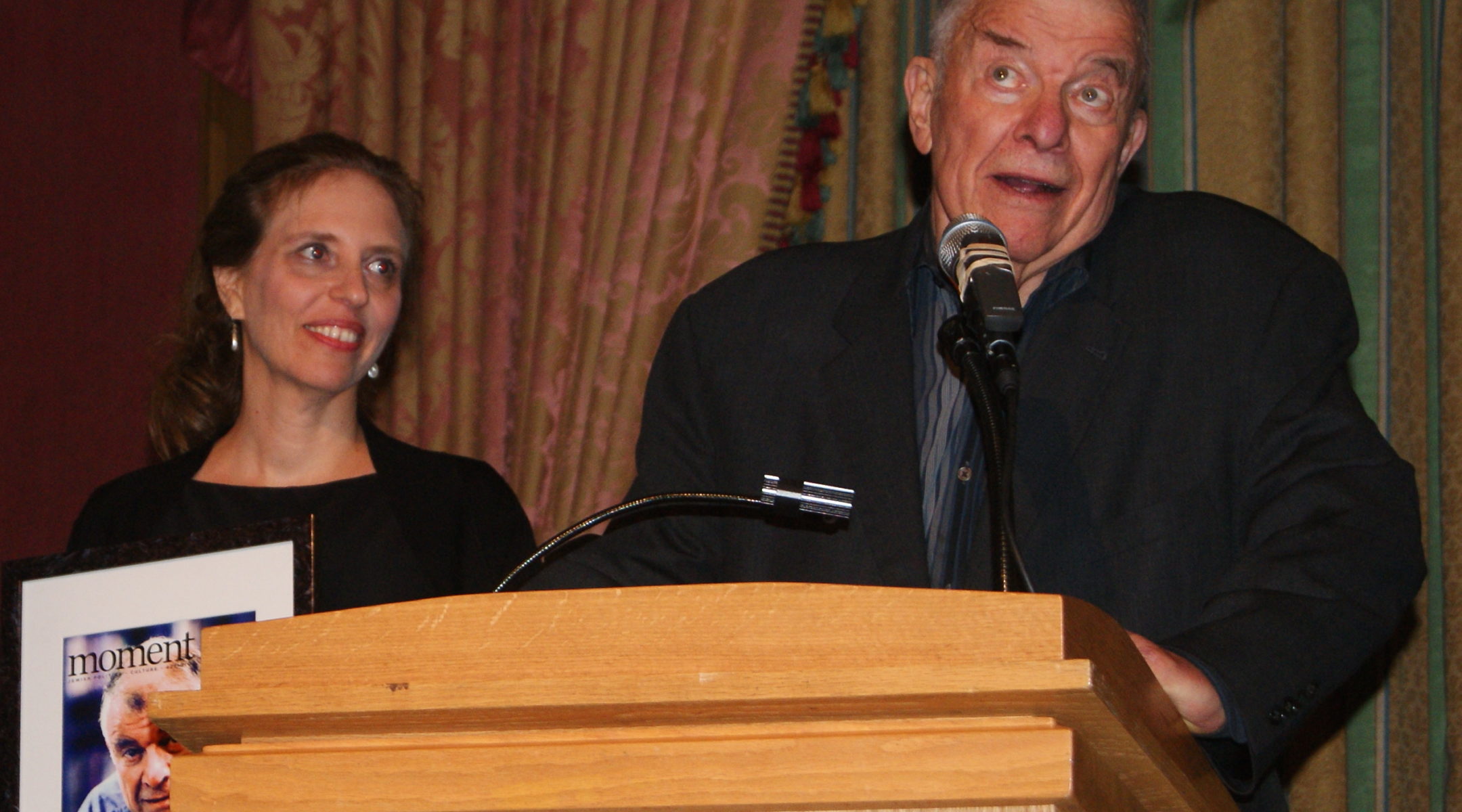 NEW YORK (JTA) — In II Samuel, Chapter 1, when David learns of the death of Abner, he proclaims to his soldiers and all of Israel, “You well know that a prince, a great man in Israel, has died this day.” When I learned of the death of my friend Leonard “Leibel” Fein at the age of 80 last Thursday, I thought immediately of that line — Leibel truly was “a great man in Israel.”

Leibel Fein has been described as a journalist, a writer, an academic and an activist, and he surely was all of these things. However, he was above all, for me, an “echte yid,” a learned and feeling Jew steeped in the values and teachings of the tradition.

The first time I met him in person was in 1978, although I had already read a number of his writings and certainly knew who he was. Leibel addressed an informal conference I attended, and I was fortunate to sit at his table at dinner.  He reminded me immediately of both Arthur Hertzberg and Arnold Jacob Wolf: He shared their politics and their intellect, and I felt with him, as I did with them, that I was in the presence of someone truly extraordinary. He laughed easily and was extremely easygoing and pleasant, speaking in an unaffected manner that belied but did not subvert the important lessons and messages – the challenges — he was sharing.

I found Leibel to be like this not only during that first meeting but on every occasion I was fortunate enough to be in his presence. He provided a model of what it meant to be a mensch — a Jewish human being.  He made me want to do more, to be a better person.

Raised as a Labor Zionist in the home of a Baltimore Hebrew College professor, Leibel had Yiddishkeit emblazoned in his soul. His love for the Jewish people and the State of Israel was unending even as it was often critical. His commitment to a progressive Zionism was a touchstone of his life, leading him in the 1970s to raise his prophetic voice in defense of the group Breira and its left-liberal viewpoints on Israel, and later to become a founding member of Americans for Peace Now.

In his hundreds and hundreds of columns, in his academic books and in both public and private talks, Leibel prodded and provoked Jews to do more. He taught that we could never be satisfied with either the state of the world or the condition of the Jewish people, and he goaded us constantly with his brilliance, his fearlessness, his directness, his ethics and his passion. He took seriously the biblical command to offer rebuke to our people when reproof was needed – which he always felt it was. He taught that tikkun olam, the repair of the world, was always possible and demanded we strive for repair and improvement of ourselves, the Jewish people and the world.

Leibel expressed his talents in so many ways. He was a major intellectual whose books on Israel and Zionism, American Jews and Judaism, American politics and institutions earned him fame and academic posts at the Massachusetts Institute of Technology and Brandeis University. He helped shape both scholarly and popular discourse and policy directions on these topics throughout his lifetime. The policies of outreach and inclusion that Rabbi Alexander Schindler advanced during his years as president of the Reform movement’s Union of American Hebrew Congregations, as well as the significant expansion of the work of the Religious Action Center of Reform Judaism — an expansion that continues unto this day — were stimulated in no small measure by the aspirational and challenging vision of a dynamic Reform Judaism that Leibel put forth in 1970 in his brilliant book “Reform Is a Verb.”

His activism expressed itself in his service as chairman of the Commission on Social Action of the Reform movement and his founding of Moment Magazine, Mazon: A Jewish Response to Hunger and the National Coalition for Jewish Literacy.

In a world where divisions and binary thinking abound, when people all too often think in “either-or” categories, Leibel demonstrated that it was possible to be “both-and.” He was a scholar and intellectual, but he also was a man of action who created some of the most vital and humane organizations and projects in modern Jewish life. Leibel insisted that change could come both within and beyond the world of the Jewish establishment, and he walked easily and always provocatively in both countercultural and established institutional realms.

Leonard “Leibel” Fein internalized this teaching in the depths of his soul and acted upon it with all the powers at his disposal. He embodied the dialectic of both universalism and particularism that Judaism requires, and he realized it in his teachings, his writings and in his many creations. His words came from the heart and therefore entered into ours.

I, along with so many others both within and beyond the bounds of the people Israel, will be eternally indebted to him for the enduring legacy he has bequeathed. “Y’hi zichro baruch” — “his memory and his life are a blessing.”

(Rabbi David Ellenson is the chancellor of Hebrew Union College-Jewish Institute of Religion and was its president from 2001 to 2013.)