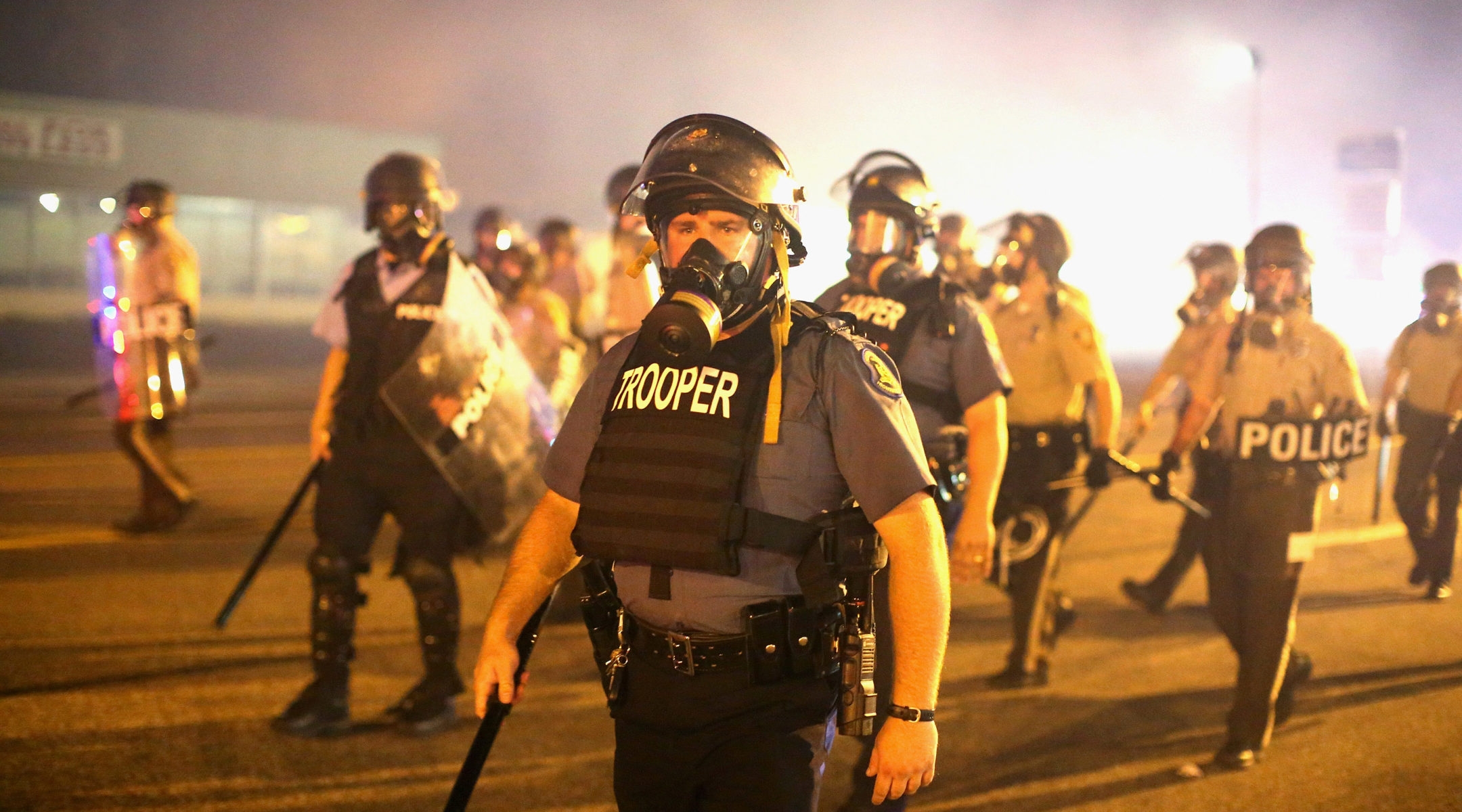 (JTA) — A 90-year-old Jewish Holocaust survivor was arrested in St. Louis during protests over the shooting death by police of Michael Brown.

Hedy Epstein of St. Louis was one of nine protesters arrested Monday for blocking the entrance to the downtown state office building that houses Missouri Gov. Jay Nixon’s office, the Nation reported.

“I’ve been doing this since I was a teenager. I didn’t think I would have to do it when I was 90,” Epstein told The Nation, as two officers walked her to a police van. “We need to stand up today so that people won’t have to do this when they’re 90.”

Epstein escaped Nazi Germany for England in 1939 on the Kindertransport. Her parents and other family members died in Auschwitz, according to her personal website.

She is a member of the Speakers Bureau of the St. Louis Holocaust Museum and Learning Center.

Brown, an 18-year-old black male, was unarmed when he was shot and killed by police in Ferguson, Mo., on Aug. 9 after being stopped for walking in the street.