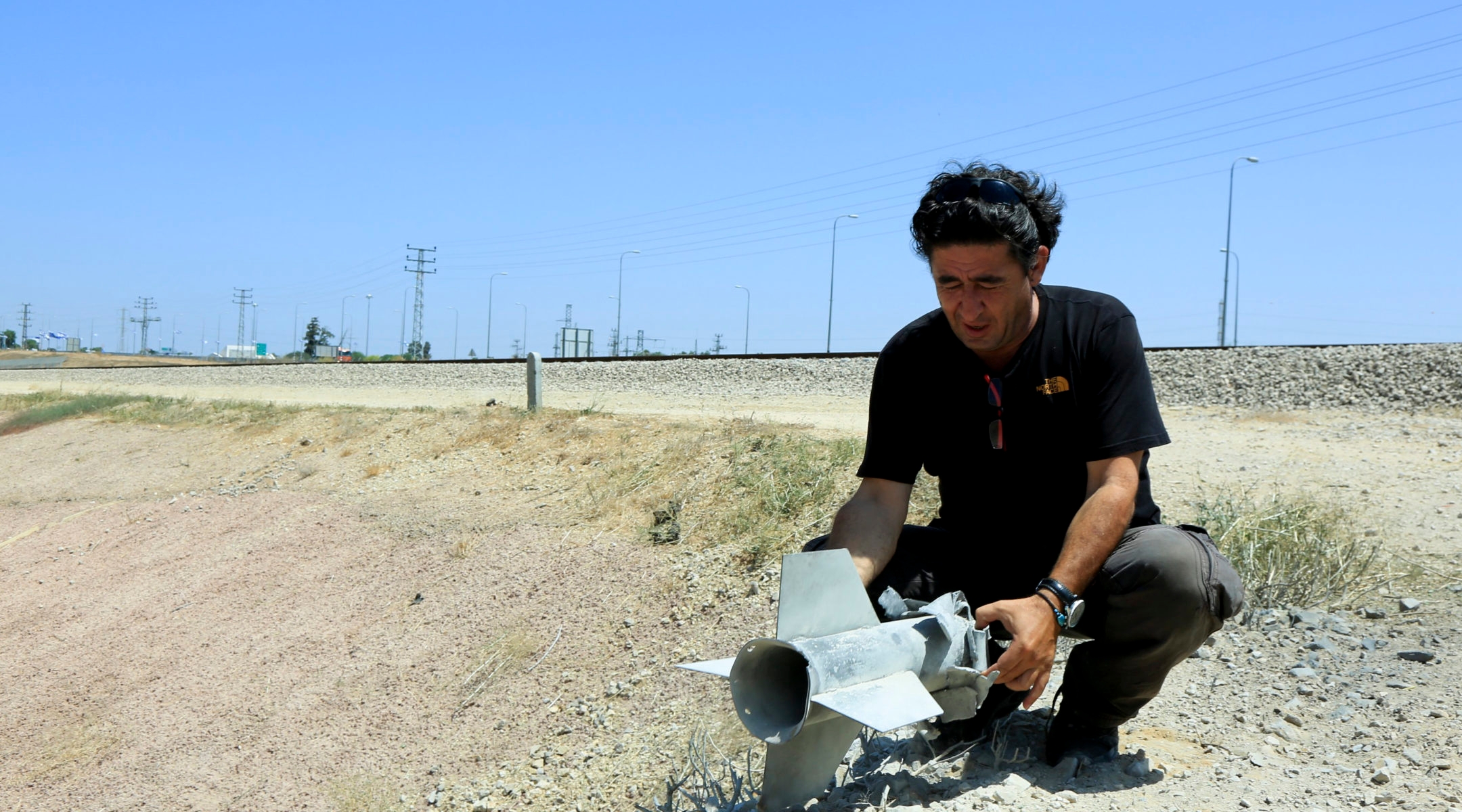 A man holds a rocket that had exploded and fallen near the border with the Gaza Strip on Aug. 20, 2014. (Edi Israel/Flash90)
Advertisement

The alerts came two days after a mortar shell fired from Gaza struck southern Israel, the first such rocket attack since a cease-fire was declared three weeks ago in Israel’s 50-day Gaza operation.

Prior to the sirens, Defense Minister Moshe Yaalon at a meeting in the Eshkol Regional Council, on the border with Gaza, said Israel would not accept even a drizzle of rocket fire from the strip.

Also Thursday, Hamas spokesman Sami Abu Zuhri said fighting between Israel and Hamas will begin again if the closure on Gaza is not lifted and reconstruction does not begin.

Negotiations between Israel and Hamas are expected to begin next week before Rosh Hashanah, which starts on Wednesday night, according to reports.