Bibiyonce? Not so fast, says Netanyahu

Benjamin Netanyahu, speaking on Fusion, the Hispanic-millenial targeting network, reacts to the J Street campaign in which his caricature appears in a Beyonce pose, captioned “If You Like It, Then You Should Put a Border On It.” 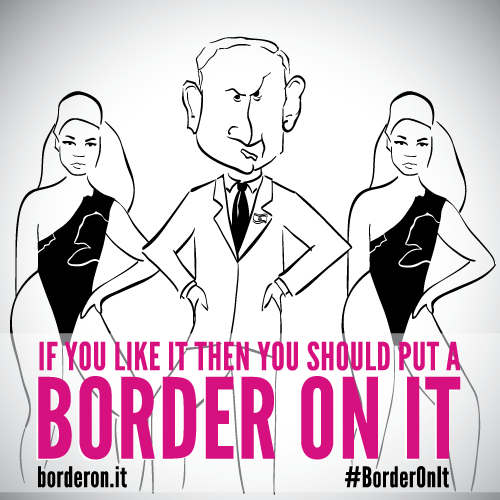 “Wow,” Netanyahu says. “There are a few differences, you know.”

I must say, like Netanyahu, I’m confused by the campaign. J Street — echoing the Palestinian Authority — wants Netanyahu to “put a border on” a peace proposal. Shouldn’t that be Mahmoud Abbas, hips askance? Isn’t Bibi more of the Jay Z in this scenario?