No, Bono did not disguise himself as a Hasidic Jew 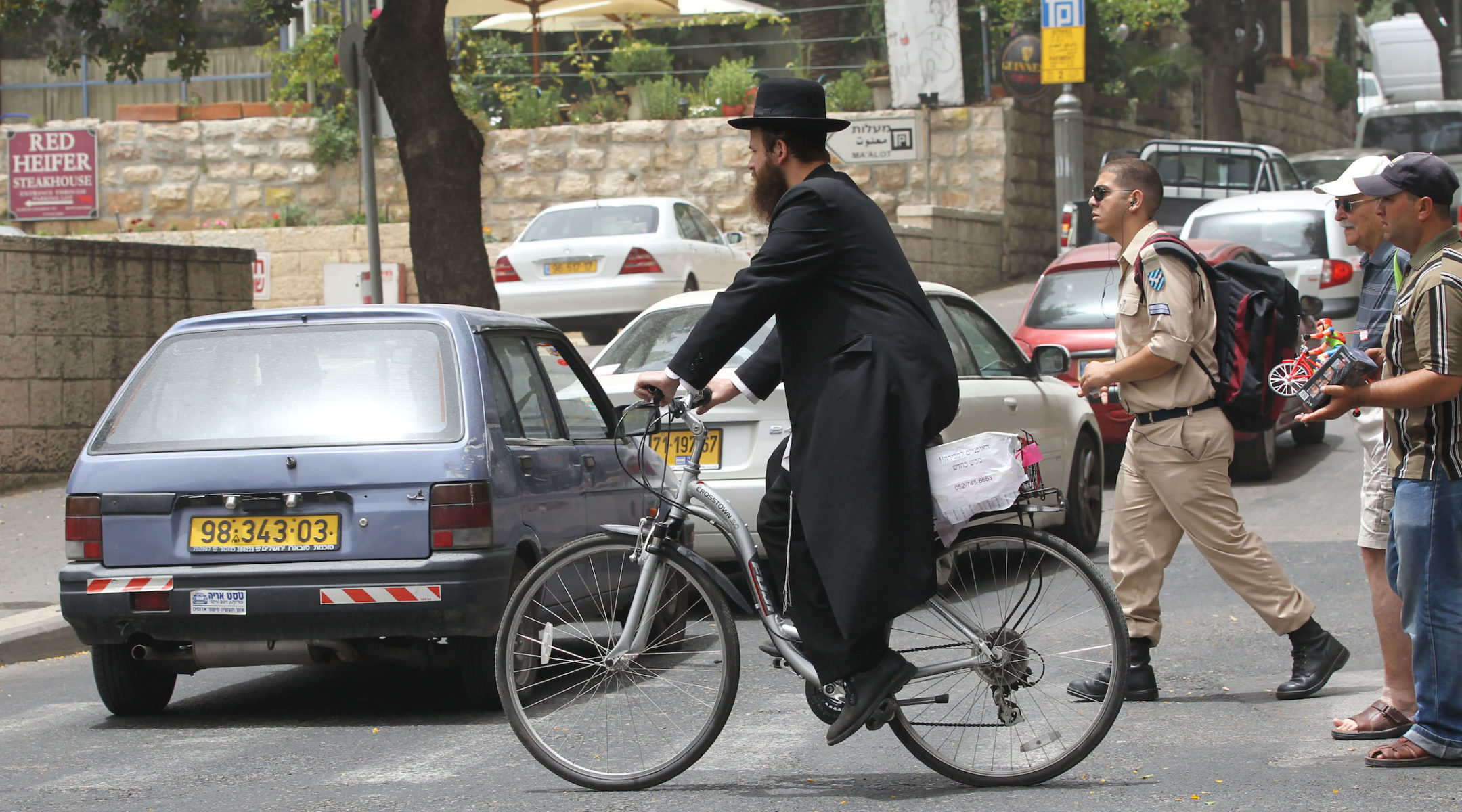 Could it be Bono? A haredi Orthodox man crosses the street on a bicycle as an Israeli soldier walks near him, in the center of Jerusalem, May 27, 2010. (Nati Shohat/Flash90)
Advertisement

Bono has dressed up in many styles throughout his career, from a classic leather-jacketed rock star to his Mr. Macphisto alter ego in the early ’90s.

However, U2 guitarist The Edge recently gave the world a new outfit in which to imagine Bono: that of a Hasidic Jew.

Bono seriously injured himself while riding his bike through Central Park on Nov. 16, and when asked this week why no photos were taken of Bono right after his accident, The Edge gave an amusing answer.

“You know, when Bono goes cycling, he likes to dress up as a Hasidic Jew,” he told his interviewer at KROQ, a Los Angeles radio station.

Several media outlets pounced on the story without knowing that The Edge was joking. A spokesman for Bono had to confirm the joke to the Times of Israel.

There are several ironies here.

Firstly, Bono’s injury forced U2 to pull out of KROQ’s Christmas concert, “Almost Acoustic Christmas.” Maybe The Edge’s comments had more religious undertones than he thought.

Secondly, the Hasidic communities of Brooklyn have actually come out strongly against New York’s bike lanes in recent years. In 2009, Hasidic Jews successfully campaigned to remove a bike lane from Bedford Avenue in Williamsburg, arguing that cyclists do not follow traffic laws and dress immodestly. In 2012, when the Citi Bike bike-share kiosks opened across the city, there was a glaring lack of them in South Williamsburg, something many Brooklyn residents saw as a deference to the Orthodox communities there.

Lastly, for many U2 fans, the fact that Bono’s accident happened on a Sunday holds an additional darkly ironic significance. (However, at least he was not riding his bike on Shabbat.)

It really has not been the best year for Bono. In addition to missing the KROQ concert, he was forced to miss Monday’s concert for AIDS in Times Square. U2’s last album was not reviewed favorably, and many criticized the band’s decision to insert their album into everyone’s iTunes libraries for free. On Nov. 12, a flight that Bono was on almost crashed.

On top of all of this, the cycling accident left him with a broken eye orbit and a shattered humerus bone, among other injuries. If it looks too bad, he may want to consider dressing up in disguise after all.