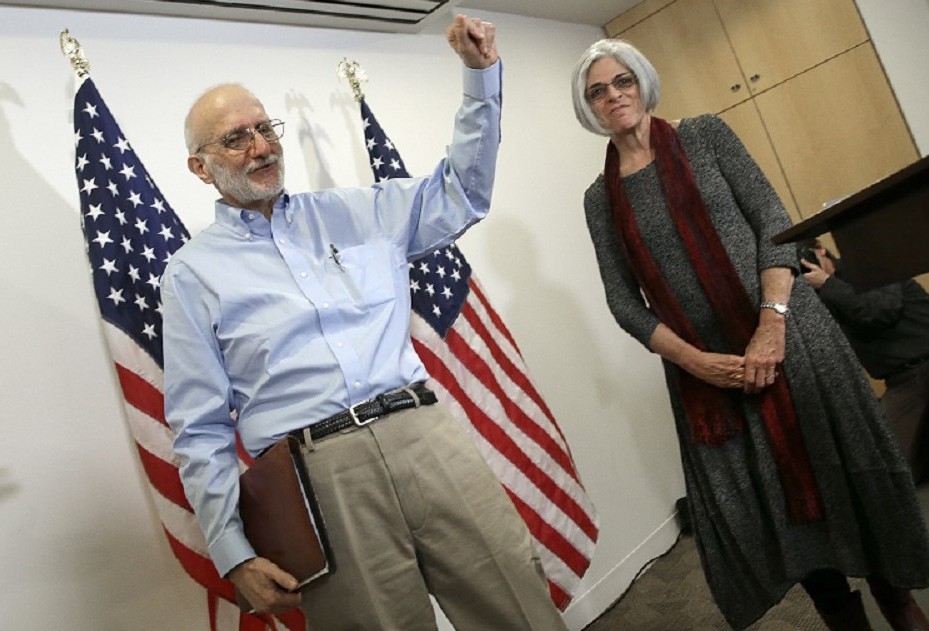 Alan Gross, recently released by Cuban authorities, waves after concluding his remarks with his wife Judy (R) at a press conference at his lawyer's office shortly after arriving in the United States, Dec. 17, 2014 in Washington, DC. (Win McNamee/Getty Images)
Advertisement

(JTA) — The U.S. Agency for International Development reportedly paid Alan Gross $3.2 million as part of a settlement with his employer, Development Alternatives.

The settlement, announced Tuesday in a statement by USAID, aimed to resolve claims pending before the Civilian Board of Contract Appeals. The statement did not name a figure, but media reports, citing a spokesperson for the federal agency, put the amount at $3.2 million.

“The settlement, agreed in principle in November, calls for payment by USAID for unanticipated claims under the cost-reimbursement contract, including claims related to Mr. Alan Gross. The settlement avoids the cost, delay and risks of further proceedings, and does not constitute an admission of liability by either party,” the statement said.

Gross, 65, a Jewish-American contractor, was released earlier this month after five years in a Cuban prison. He was arrested in Cuba in 2009 after setting up Internet access for the Jewish community there while working as a contractor for USAID.