Prime Minister Benjamin Netanyahu and his wife, Sara, vote in the Likud primaries.

As Benjamin Netanyahu began his re-election campaign Monday night in Tel Aviv, Buzzfeed reported that over 90 percent of the prime minister’s campaign funds have come from American donors. And of these American donors, the donations from just three families make up over half of Netanyahu’s total campaign funds.

More information on these three families is below. Israel restricts the amount of money that can come from individual foreign donors, so these families split their donations among several members.

The Falic brothers own fashion house Christian Lacroix, along with other name-brand businesses. (Wikimedia Commons)

One month after Sept. 11, 2001, brothers Leon, Simon and Jerome Falic purchased what is now Duty Free Americas, Inc., the largest duty-free operator in the United States. The brothers also own the French fashion design house Christian Lacroix and the license to distribute Perry Ellis brand fragrances and cosmetics. Their mother, Nily Falic, is the chairman of Friends of the IDF organization in New York, and Simon Falic’s wife Jana is co-president of the Women’s International Zionist Organization, Israel’s largest nongovernmental service provider.

The three Falic brothers and 12 of their family members have made 682 donations (worth $1.76 million) to several politicians and PAC’s in the United States over the past two decades. Those who have received money from the Falics include Mitt Romney, Michele Bachmann, Eric Cantor and Charles Schumer. The link connecting those politicians – three Republicans and one Democrat respectively – is their strong support of Israel.

The Falics were also Netanyahu’s biggest supporters in the 2012 election, when they donated over $45,000 to his campaign. 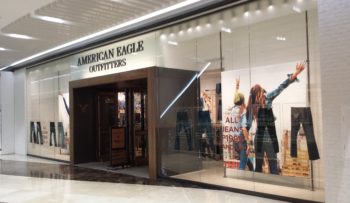 The Schottenstein retail empire had its humble beginning in 1917, when the family’s Lithuanian-born patriarch Ephraim Schottenstein amassed enough money from selling goods out of a horse-drawn cart to open the first Schottenstein department store. Today, the Schottenstein Stores Corporation based in Columbus, Ohio, owns American Eagle Outfitters, DSW (Designer Shoe Warehouse), Value City Furniture and American Signature Furniture. The company has over 20,000 stores nationwide and is worth $3 billion.

The family keeps most of its personal issues out of the public eye, but when Saul Schottenstein, the family’s biggest philanthropist, died in 2007, a family feud broke out. Two sisters of Jay Schottenstein, the chairman of American Eagle and DSW, sued him for improper use of family trust funds. Jay is also a well-known corporate executive who was once nominated to be one of Time’s 100 most influential people by Ohio legend LeBron James.

The Book family heads Jet Support Systems, Inc., the largest aircraft maintenance company in the world. Company chairman Robert H. Book is also the chairman of his own private equity firm and the Franklin Mint, a private mint in Philadelphia that produces “collectible” coins and medallions. His son Neil W. Book is the company’s president and CEO.