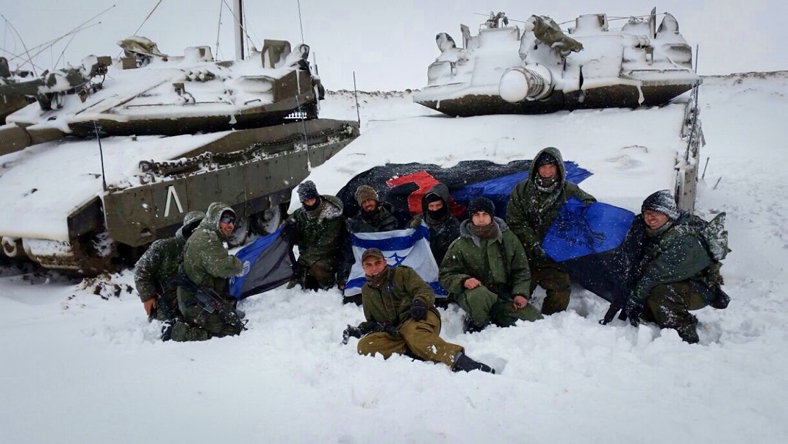 JERUSALEM (JTA) — A winter storm that closed the main roads into Jerusalem and schools throughout Israel caused a deadly car accident.

As of Wednesday evening,  some 19,000 homes  were without power, mostly in the Tel Aviv area and central Israel, where heavy rain and wind knocked over trees and power lines. About two inches of snow had fallen on Jerusalem, much of it later washed away by rain. Two feet of snow had fallen on Mount Hermon in the Golan, a popular Israeli skiing site.

Many Israelis awoke Wednesday morning to freezing temperatures and snow as the storm moved in late the previous night. Snow covered the Golan and heavy rain socked northern and central Israel.

A 13-year-old boy was killed and two others were wounded in an accident near Beit Shemesh after a car reportedly skid on the road from the icy conditions.

Prime Minister Benjamin Netanyahu called on Israelis to stay home after being briefed on the storm Wednesday evening.

“The storm is still ahead of us. I hope that it will be less severe than last year’s storm,” he said.

Schools were closed in the Golan and Galilee regions, and in Jerusalem. Hebrew University in the capital said Tuesday that it was canceling classes for the rest of the week. 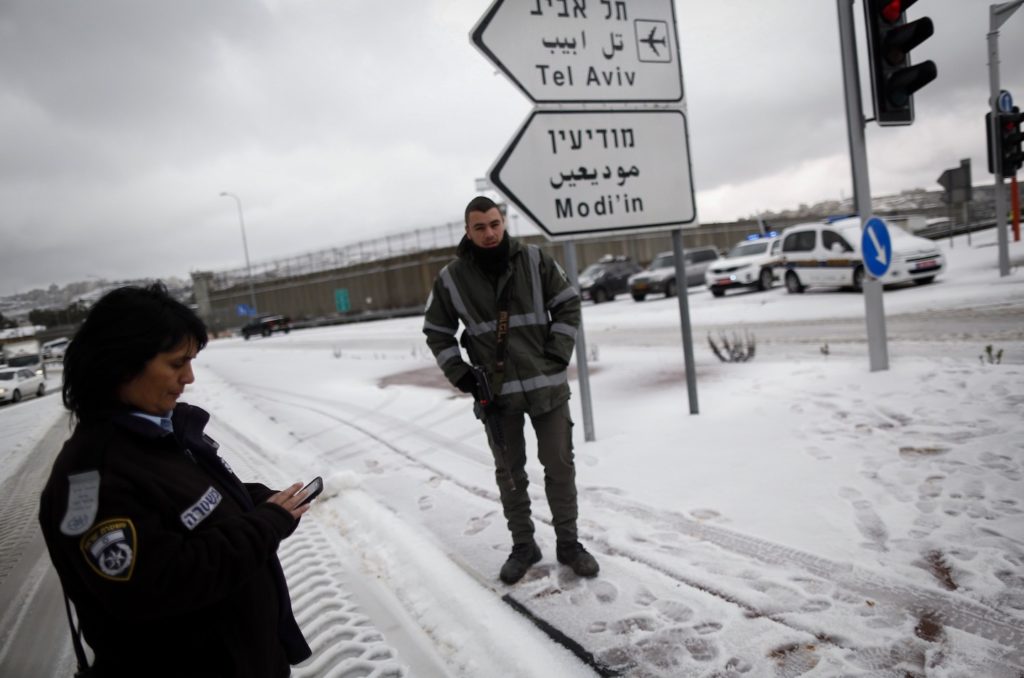 The storm also shut down schools in many areas of the West Bank, where power was out in several settlements.

Flooding also was a concern for central Israel, as was the limited visibility expected due to sandstorms in the southern part of the country.

Despite heavy hail at Ben Gurion International Airport, most airlines continued with their regular schedules. A control tower was struck by lightning on Wednesday afternoon, causing delays while repairs were being made.

Some 1,500 extra Israeli troops moved to northern Israel to help close roads as needed and dig out stranded drivers.

Meanwhile, the Palestinian Authority declared a state of emergency in the West Bank and Gaza. Families living near the coast evacuated over flooding fears. Syria and Lebanon also faced heavy snowfalls.

Snow and rain were expected to fall in northern and central Israel throughout Thursday and Friday. More rain was expected over the weekend.